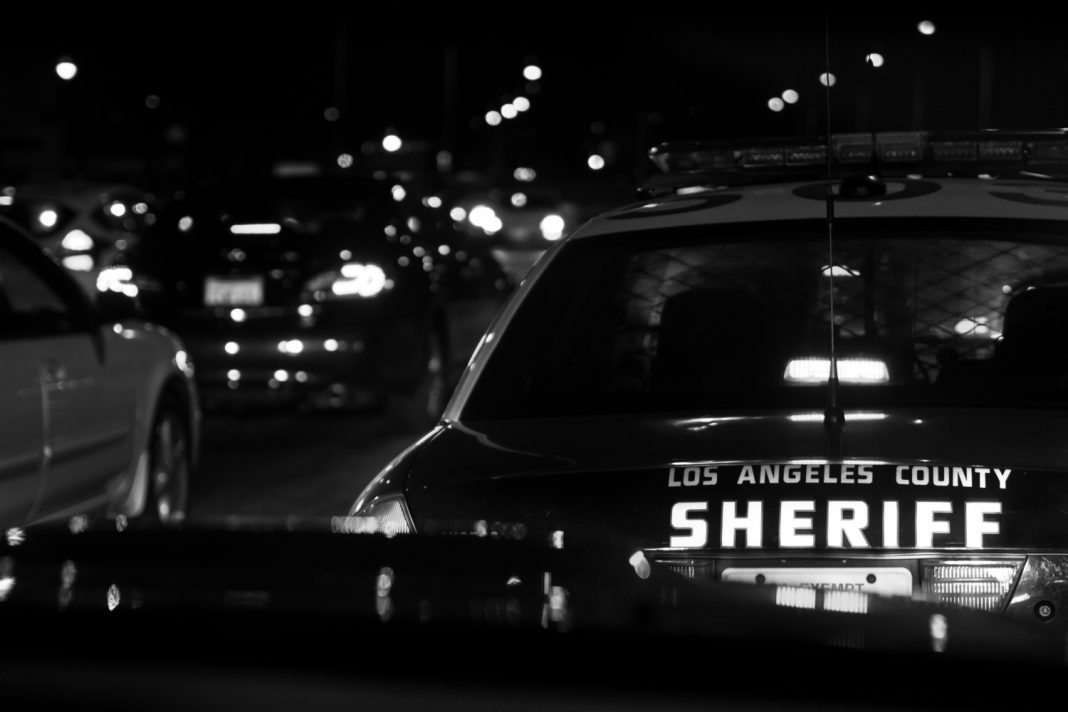 Around 4:30 on Wednesday afternoon, deputies with the Los Angeles County Sheriff’s Department shot and killed a man who has been identified as Terron Jammal Boone, the half-brother of Robert Fuller, who was found hanging outside Palmdale City Hall last week. A woman who was traveling in the car with Boone was injured, but a 7-year-old girl who was also in the car was not harmed.

Lieutenant Robert Westphal with the department’s homicide division says that his deputies were following the vehicle in connection with a kidnapping and assault investigation. They report that, when they attempted to pull over the car for a traffic stop, Boone opened the door and shot at the deputies, and that they then returned fire.

None of the deputies or their vehicles had cameras to document the incident.

One witness, who watched from the balcony of a nearby apartment building told the Los Angeles Times that she believes she heard “four or five gunshots” and then saw Boone’s body slumped over, dead, in the passenger seat of the vehicle.

The shooting took place in Rosamond, an Antelope Valley community in Kern County, just 20 miles from Palmdale, where Fuller’s death has sparked public outcry–specifically allegations that the Los Angeles County Sheriff’s Department was quick to initially designate the death a suicide and, were it not for large public demonstrations, no further investigation may have taken place.

Boone and Fuller share a mother. Jamon Hicks, an attorney for the Fuller family, confirmed Boone’s identity, but offered no additional comment on Boone’s case.

“The family respectfully asks that their privacy be respected,” a statement issued by Hicks reads. “Our prayers remain with the Fuller family.”

RELATED: Authorities ‘Roll Back’ Early Assessment That Robert Fuller’s Death Was a Suicide

A Local Couple Allege L.A. Sheriff’s Deputies Killed Their Mentally Ill Son When They Called the Police for Help