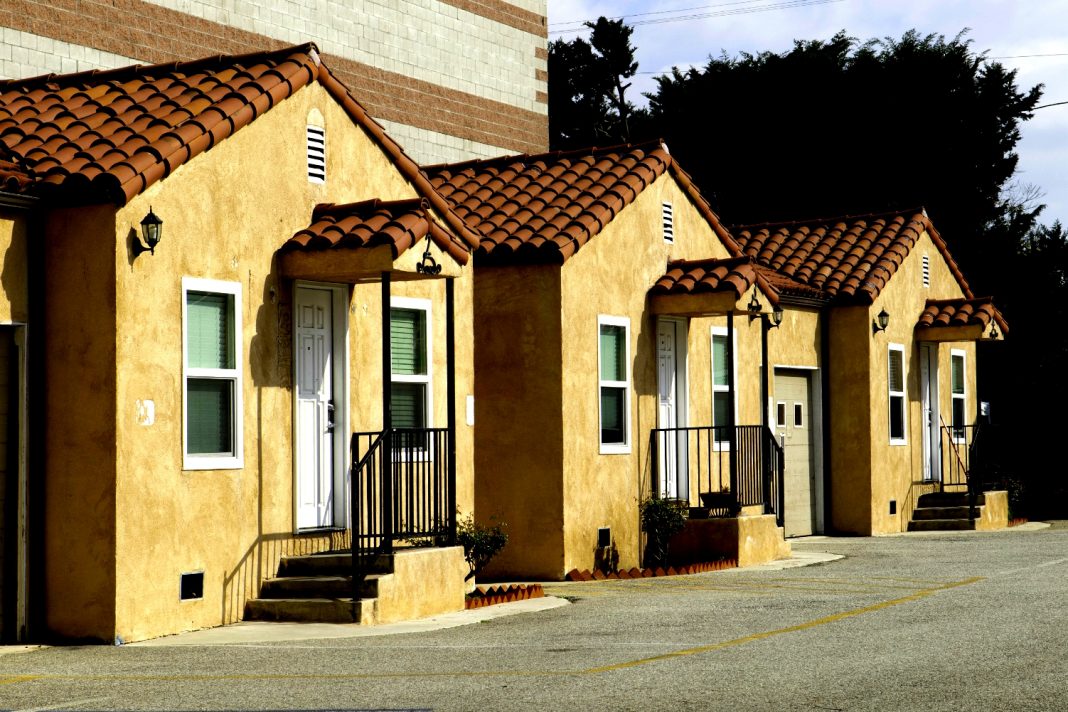 The price of buying a house in Los Angeles reached record highs this year, putting the dream of home ownership out of reach for an increasing number of Angelenos. Amid the worsening affordability crisis, some have turned to a new form of co-ownership called tenancy in common (or TIC), which allows multiple buyers to purchase a single property at once. But while these controversial new arrangements are providing a path to property ownership for some, they have been accused of spurring evictions and displacement for others. Here’s a breakdown of how TICs work and how they’re change L.A.’s real estate landscape, for better or for worse.

How does tenancy in common work?

Tenancy in common allows two or more people hold the title to a property, typically a multi-unit building, a home that’s been subdivided, or a bungalow court. Each tenant has their own loan, and shares of the property might vary (one person might hold 25 percent while another holds 50 percent), but the entire property is owned by all tenants, and property taxes are split. Private tenancy-in-common agreements, which can be adjusted at any time, allow tenants to determine who has the exclusive right to occupy various parts of the property, and which unit each person will live in.

Why does this make owning property cheaper?

Since these arrangements can be somewhat complex financially and they don’t allow tenants to own the whole property, the pool of interested parties is much smaller. This means units often sell for about 11 to 15 percent less, according to the Los Angeles Times.

What makes the money part so complicated?

So far, only two banks— Sterling Bank and National Cooperative Bank—offer the “fractional” loans necessary to purchase TIC properties, and the payment plans available are limited. The shared property taxes can also raise issues—if one person fails to pay, other tenants might be held accountable.

Where did this concept originate?

The San Francisco lawyer Andy Sirkin created the concept of fractional ownership in the ’80s, and TIC agreements grew popular in the Bay Area as its housing market became increasingly strapped. The effort to bring the concept to Los Angeles was largely spearheaded by Liz McDonald, founder of the Highland Park brokerage firm the Rental Girl, who worked with San Francisco’s Sterling Bank and Trust to bring TIC loans to the area.

Why are tenants’ advocates worried about it?

In order to convert a rental building into a TIC, landlords must typically remove its existing tenants. This is usually done by paying renters a fee to leave, or by using the state’s controversial Ellis Act, which allows landlords to evict tenants if they are going out of the rental business (in the past, it has most often been used for hotel and condo conversions). Advocates say the increasing popularity of TICs will eliminate much-needed affordable and rent-controlled housing stock in the city, displacing low-income tenants. In recent months, landlords have become particularly eager to ditch rental properties, as a new law that will cap annual rent increases and mandate “just-cause evictions” prepares to take effect on January 1.

Has the city done anything to address it?

In October, Los Angeles City Council passed a motion asking the city to look into monitoring TIC conversions. Councilman Mitch O’Farrell says having more insight it could pave the way for further policy. “Currently, we’re not sure how widespread the problem [of TIC conversions] is, so first we need to have those facts before we can move forward with additional policy,” he told the Los Angeles Times.