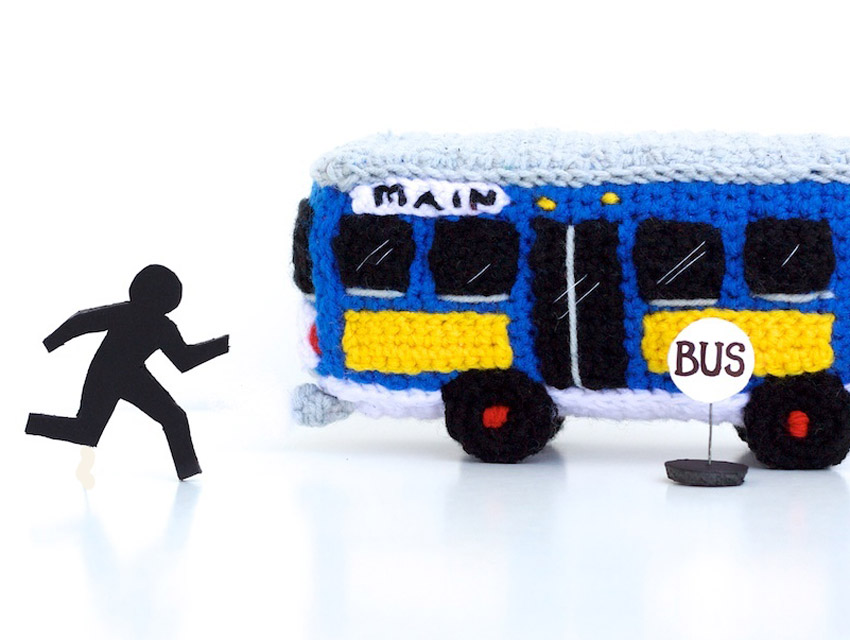 Those of us without a car know that commuting in Los Angeles isn’t just a means of transportation–it’s a workout. It means running up stairs and walking long distances, sometimes while carrying large bags. It also means maintaining balance while standing in a moving bus in stop-and-go traffic. Mass transit isn’t for the lazy! That’s why it’s perfect for fitness-obsessed L.A.

The Metro isn’t selling public transportation as the latest exercise fad—but it should! A daily user of the city service myself, I have this free advice and a handful of marketing campaign-ready, Metro-specific workouts to offer. Get ready to sweat, travelers!

The Power Walk: In a city with train stations and bus stops set great distances apart, walking more than a mile at a decent clip isn’t just good for the heart, it’s sometimes the quickest way to travel.

The Core Force Correction: Commuters know that it’s annoying to pass through Beverly Hills. It’s also an ab exerciser! Your core will be blasted when you attempt to stay standing as your bus stops short to avoid collisions on Santa Monica Boulevard.

The Wilshire/Vermont Escalator Sprint: The Wilshire/Vermont station is rumored to have the longest escalator West of the Mississippi—and the moving stairs are frequently out of order. Beat the crowd (and get winded–in a good way!) sprinting up the steps as fast as possible.

The Mid-Bus Mid-Body Surf: Riders of the 704, 720, and Orange and Silver lines are familiar with the strange, accordion-like mid-section of Metro buses—and avoid it at all costs. Workout enthusiasts, this is the spot for you! It constantly swivels and spins, providing an experience like surfing that works the legs and core.

The Wrong Exit Redo: The exits at Pershing Square station are poorly marked. With two exits available and no signage in sight, riders have to guess which way to go. Murphy’s Law guarantees you’ll pick the wrong exit and have to run down one flight of stairs and up another to get where you want to be. Which makes for the perfect exercise for people who are easily bored.

The Rush Hour Hop Around: The fronts of buses are too packed to enter during peak commuter hours, so seasoned riders do the “Redo.” To try this, enter the front door, tap your TAP card, exit, and run to the back entrance of the bus before it speeds off.  Want to add some resistance training? Skip the first three steps and begin by entering through the exit.

The Sun Sit: The Los Angeles sun doesn’t do commuters any favors. Nor does the lack of shade at many bus stops. Like visitors to a Koreatown spa (take the 20 for easy access!), riders are left to sweat out excess calories in sauna-like conditions until their rides arrive.

The Metro Chatter Chin Reducer: This is the only exercise of the bunch that can be done before and after a commute. To see your double chin slowly disappear, explain to friends, coworkers, and total strangers over and over again that, no, you don’t have a car and, yes, you do take the Metro and, duh, we do have a great mass transit system in Los Angeles. Who needs a plastic surgeon when talking about public transportation can keep a jaw so taut?