Home Environment The Pandemic Is Making L.A.’s Recycling Problem Much, Much Worse 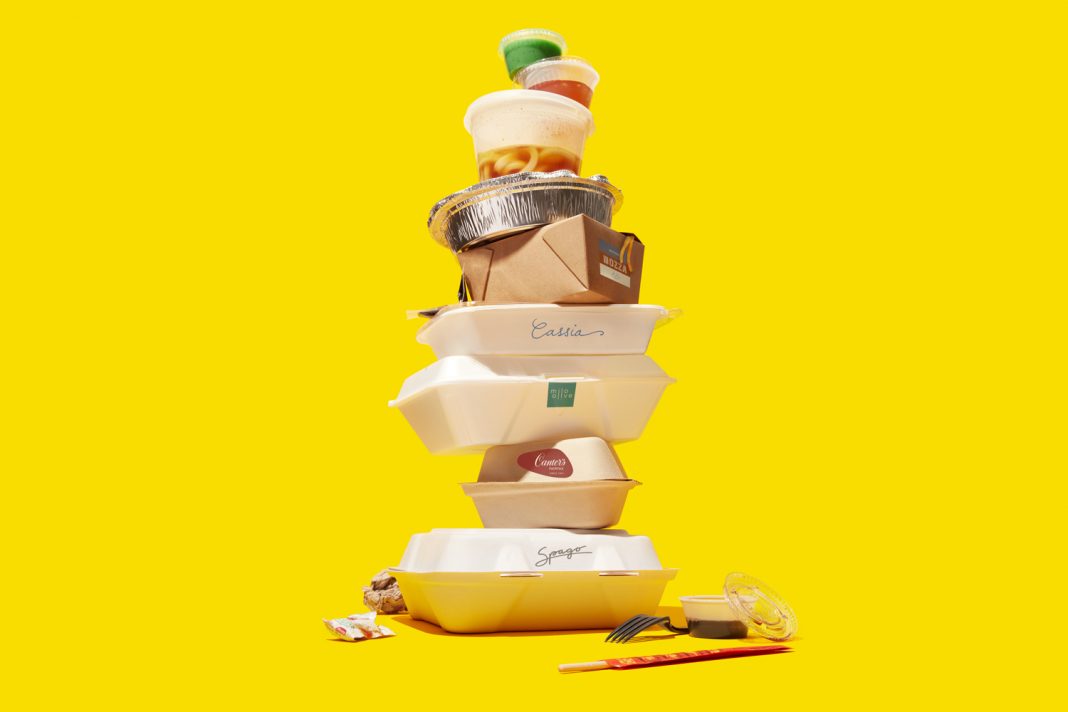 Lift the lid on most of L.A.’s blue bins and amid the plastic bottles and food containers you’ll now find disposable masks, gloves, delivery packaging, and other COVID-related trash. The pandemic is exacerbating a problem 30 years in the making, ever since the city first instituted its residential curbside recycling program: what to do with all that waste?

Of the 800 tons of recyclables L.A. Sanitation and Environment hauls away each day, about a quarter are incinerated or bulldozed into landfills. The good news: plastic bottles, detergent jugs, and clamshell food containers—plastics numbers 1 through 3—are still being recycled because there are buyers for them. But not so those staples of home deliveries—the plastic grocery bags, polystyrene containers, and the rest of the numbers 4 through 7 plastics.

It’s been almost three years since China put the kibosh on accepting recyclables, not just from Los Angeles but anywhere in the world. This year, L.A. is on track to spend $20 million to get rid of its recyclable waste, when six years ago it was making a $4 million profit, thanks largely to now-banned sales to China.

“We had grown very complacent with our reliance on the China market,” says Enrique Zaldivar, general manager of Sanitation and Environment, “to the point where we thought it would be there forever and didn’t develop any alternatives.”

Under Mayor Eric Garcetti’s Green New Deal, Los Angeles is supposed to phase out Styrofoam by 2021, end the use of plastic straws and single-use takeout containers by 2028, and stop sending trash to landfills by 2050. Which leaves L.A. with the contradiction of transforming itself into a zero-waste city but with few options, for now, to get there. A ballot initiative, the California Recycling and Plastic Pollution Reduction Act of 2020, never made it to voters earlier this year. In September, lawmakers in Sacramento killed SB 54, a companion bill to AB 1080, which is still under consideration and would require all single-use plastics to be recyclable, reusable, or compostable. Meanwhile, Sanitation and Environment has started pilot programs to localize recycling—one approach will repurpose plastic bottles into asphalt for paving—but these are small scale and will take years to implement.

“L.A. has a problem that everyone faces,” says Dave Vaughn, executive vice president of Athens Services, one of seven companies the city contracts to pick up recyclables and sort them into individual commodities like aluminum, paper, or PET plastics.

“We had grown very complacent and didn’t develop any alternatives.” —Enrique Zaldivar, general manager of Sanitation and Environment

So what are environmentally conscious Angelenos to do? According to Zaldivar, continue throwing paper, aluminum, and all seven forms of putatively recyclable plastics into the blue bins while the city figures out new methods of disposing of them. In the meantime, some are putting into practice the longstanding greenie mantra: reduce and reuse.

Joseph and Lauren Macrino are co-owners of Tare, a plastics-free grocery store in Highland Park that opened on Earth Day and sells more than 400 products without single-use packaging, from flour and vinegar to plant-based milks, tofu, and condiments. Originally, customers were to bring their own containers, weigh them, fill them, and subtract the weight of the container when they paid, but the pandemic has forced the store to pivot and pay staff to do the weighing and filling.

“Food packaging is one of the biggest areas of single-use plastic,” says Lauren, who recalls plucking plastic bag after plastic bag from the beach in her hometown in Australia. She has since reappraised her relationship with recycling. “I was always in this utopia, thinking you put it in a recycling bin and there’s no waste,” she says. “That’s not the case at all.”