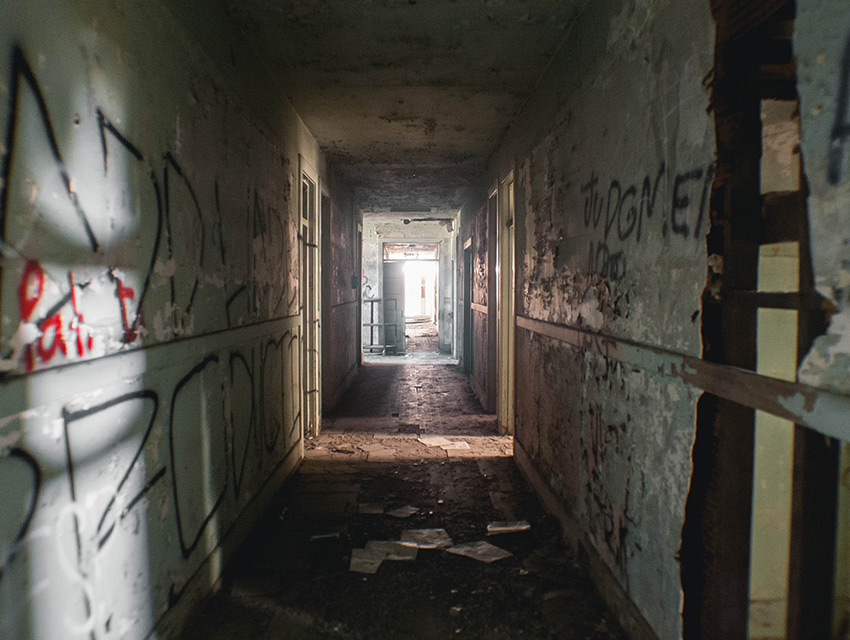 The L.A. County Poor Farm—a refuge for the elderly, homeless, mentally ill, and disabled—opened in 1888. Immensely successful, it grew over time to house thousands of patients and hold official status as its own town before becoming part of Downey in the 1950s. Later renamed Rancho Los Amigos, it had a working farm, a Craftsman mansion for the superintendent, its own post office, a World War II Army base, and a miniature zoo before it shut down and fell into disrepair in the ’80s (the Rancho Los Amigos National Rehabilitation Center across the street, though, is still up and running). Now erroneously known as the Hollydale Mental Hospital, it’s dilapidated and definitely creepy—a bunch of marines even found a box of mummified legs in a freezer there during a training exercise in 2006.

Photographer Scott Reyes recently built up the courage to explore the old asylum. “From the outside it looks intact,” he says, “but inside you can see the debris from an old fire. It was really dark. I had to use my flashlight on my phone to walk around.” Here’s what he found inside.

See the Thrilling View from L.A.’s Most Adrenaline-Filled Instagram Feed