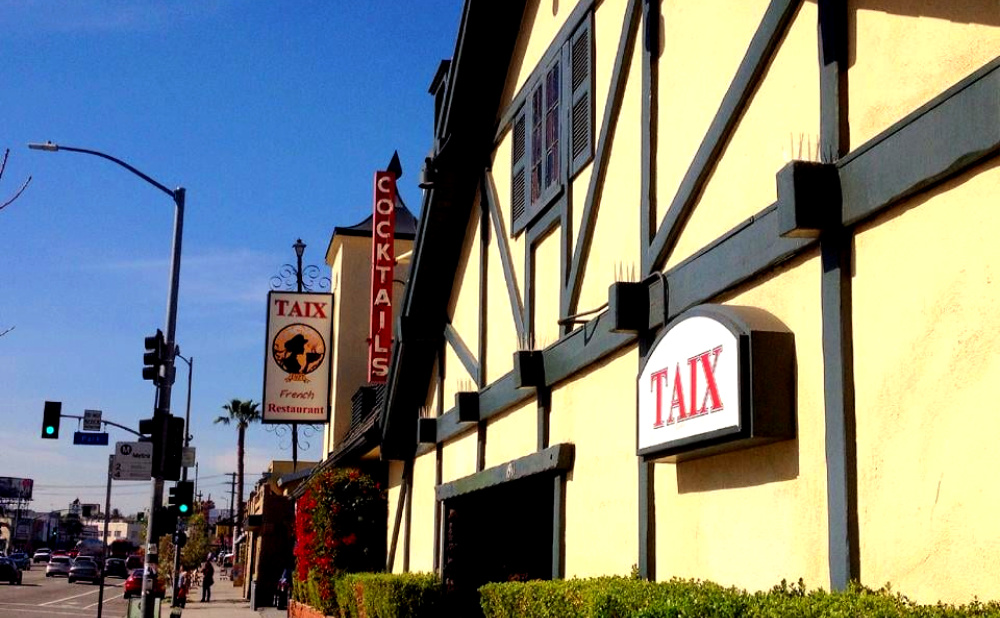 Taix French Restaurant has been a Los Angeles institution for nearly a century. The restaurant opened in 1927 and then moved to its current, familiar site in Echo Park in 1962. Now, the Taix family, which has continued to own and operate the restaurant, has announced the sale of the property and plans for a redevelopment project.

“It’s becoming quite difficult,” Mike Taix told Eastsider L.A. of the struggle to run the restaurant and maintain the large, aging property. “I can see the trend and the trend isn’t good.”

Rather than allow costs to continue to spiral, the family seems to have opted to sell one valuable asset at their disposal: the large plot of now-prime Echo Park real estate where their restaurant and parking lot have been situated for 57 years.

According to initial plans, which have yet to receive city approval, the property’s new owner, Holland Partner Group, would turn the Taix family’s property into two structures. A large complex taking over the footprint of the restaurant, and a smaller, 49-unit apartment building built on what’s now an overflow parking lot.

The Sunset Boulevard-facing location of the restaurant would become a six-story mixed-use development, featuring 13,000 square feet of retail space, topped with 170 apartment units, some portion of which would be designated as affordable housing.

Taix French Restaurant would continue to exist and operate inside the new development, albeit in a scaled-back form. The Eastsider reports that the indoor bar and lounge space and exterior neon signage and porte cochere overhang would all be preserved in the new construction. The family will continue to serve some of the classic French dishes and will attempt to maintain the vibe of the place.

While the sale to Holland Partner Group has closed, the developer has leased the restaurant site back to the Taix family for the foreseeable future. The project may not even begin construction for years, and until it does, Taix intends to continue running just as it has since 1962.

“We’re going to make every attempt to keep it going,” Taix told Eastsider. “It’s part of the fabric of our [family’s] identity.”