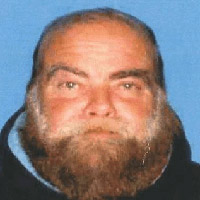 The Los Angeles Times reports that Ron Hirsch, the man suspected in the explosion that occurred at the Santa Monica Chabad House last Thursday, was arrested near another Chabad House in Cleveland Heights, Ohio, late last night.

Hirsch, who sometimes goes by the name Israel Fisher, has been described by authorities as a transient who is often seen at Jewish synagogues and centers, including the Congregation Bais Yehuda on La Brea Ave.

No one was injured in the explosion, and an investigation is ongoing.