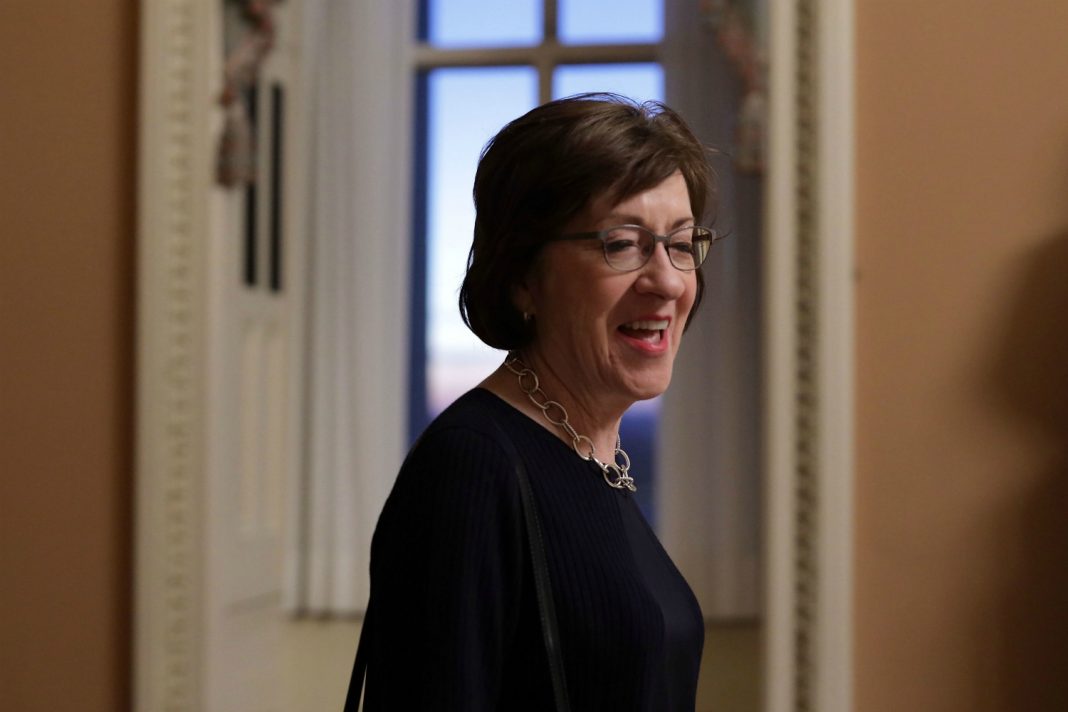 Maine senator Susan Collins’s role in Brett Kavanaugh’s confirmation to a lifetime appointment to the Supreme Court will be warmly remembered this afternoon when the Lincoln Women’s Leadership Committee hosts her at Orange County’s private Pacific Club for an invitation-only fundraising lunch.

As the Intercept reports, invites to the $500- to $1000-a-plate soiree promise that “Senator Collins will be speaking about the importance of electing and promoting Republican women.” The invite reportedly refers to her as the “hero of the Kavanaugh confirmation.”

Collins has been the number-one senator Democrats hope to unseat in 2020, ever since last October when she attempted to poke holes Christine Blasey Ford’s testimony that she been sexually assaulted by Kavanaugh in high school.

Before adding her vote to Kavanaugh’s 48-50 confirmation win, Collins stated that she found Ford’s testimony questionable because “although she does not remember how she got home that evening, she knew that because of the distance she would have needed a ride. Yet, not a single person has come forward to say that they were the ones who drove her home or were in the car with her that night. And Prof. Ford also indicated that even though she left that small gathering of six or so people abruptly and without saying goodbye and distraught, none of them called her the next day or ever to ask why she left. ‘Is she OK?’”

Although Collins says she knows that her vote and her statement will likely cost her votes in Maine, she declared this summer, “I do not regret my vote in the least.”

The Center for Responsive Politics reports that 96 percent of the money raised by her campaign this cycle has come from out of state. While she has received $162,000 from donors in Maine, she received $504,000 from California supporters and $573,000 from New York donors.

Yesterday The Washington Post reported that Kavanaugh—who whined at his hearing that his name had been “totally and permanently destroyed”—has had a bit of a lonely year in D.C., where he is unwelcome in parts of the city, and where some women refuse to be in the same room as him.

Ford, meanwhile, continues to receive death threats, has relocated four times, has not returned to teaching, and rarely appears in public since the hearing.

An Investigator Claims the O.C. DA Sabotaged the Robicheaux-Riley Case

Inside a Judge’s Controversial Crusade to Solve Homelessness in L.A.