Home Crime Officials Are Looking for the People Who Landed a Helicopter on the... 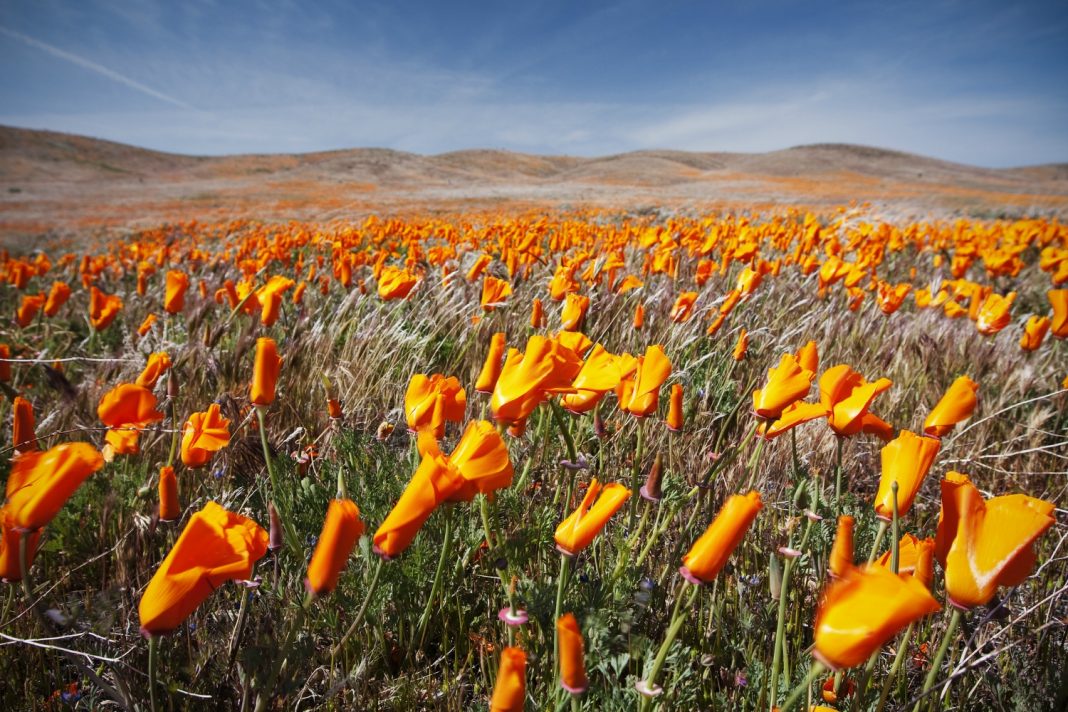 In new low for superbloom behavior, two people landed a helicopter in the middle of the wildflowers in Antelope Valley around noon on Monday.

According to a statement from California Parks, the chopper landed on the east side of the poppy reserve, and when a park ranger attempted to confront the pilot and his passenger, they “climbed back in the helicopter and flew away.”

Russ Dingman, a spokesperson for the Antelope Valley reserve, tells the Los Angeles Times that they’re working to identify the people and the helicopter.

“This could have been a serious incident. Luckily no one was injured,” he says.

According to the California Code of Regulations, “no person, using any aircraft, shall land, taxi on or take off from any body of water or from any portion of any unit if not specifically approved by the California Department of Parks and Recreation and the unit has been designated for landing of aircraft.” Parasailing, ballooning, and hang-gliding over state parks at an altitude of less than 500 feet is also a no no.

The helicopter incident comes in the wake of countless Instagrammers crushing poppies to nail their superbloom snap and Lake Elsinore having to temporarily close their poppy fields due to traffic and deconstruction of the eco-system. The reserve has also reported people entering illegally through barbed wire fences.

Officers are watching for people illegally entering the park through barbed-wire fencing, trampling flowers. It only takes a few to wreck the habitat for years to come. There are areas in the Reserve that haven't recovered from trampling in 2017.#DontDoomTheBloom #CaStateParks pic.twitter.com/V3GcCE12ip

RELATED: We Need to Talk About Your Behavior at the Superbloom