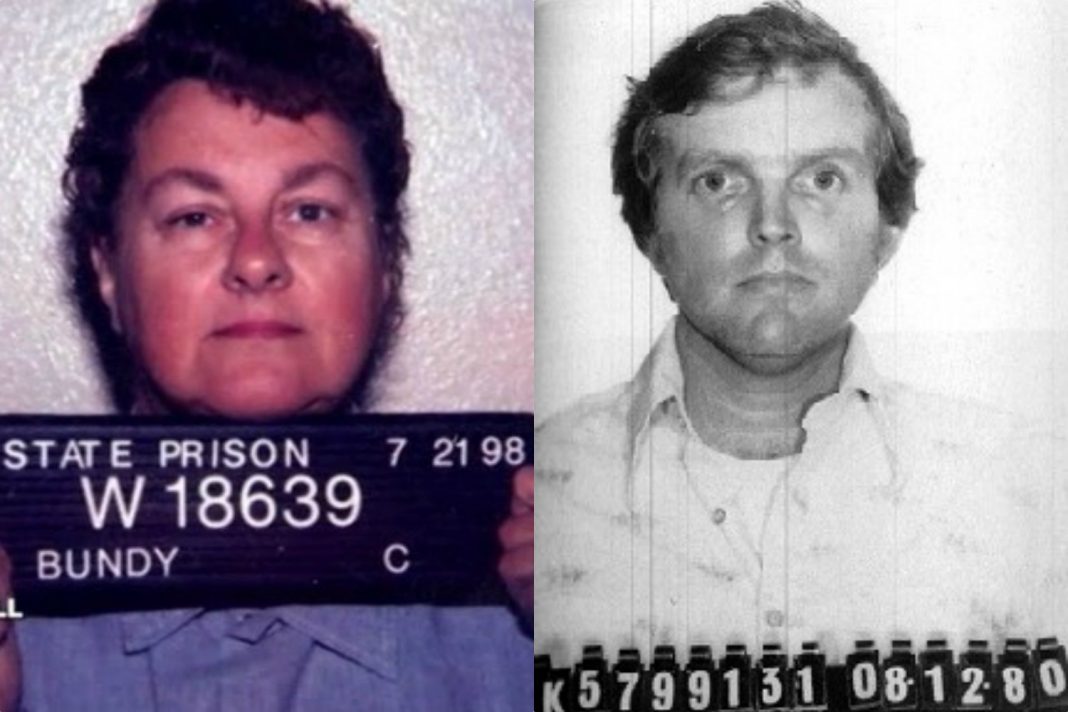 On June 23, 1980, a man spied a seemingly handmade, small pine box sitting in a Studio City alley. Curious, he lifted the lid of the box, only to discover a horrifying sight. Wrapped in a T-shirt—printed with the words “Daddy’s Girl”—was the head of 20-year-old Exxie Wilson.

This terrifying find would send the LAPD into overdrive, as they attempted to capture a serial killer stalking the Sunset Strip. Little did they know, they were actually in search of two people during that summer of record high temperatures and crime, where punk fans fought with motorists as they spilled out of clubs on the Strip. Among this chaos, a man with strange eyes and a plump, unassuming woman drove through Hollywood, in search of their next victim.

Douglas Daniel Clark knew an easy mark when he saw one. Around Christmas 1979, the 31-year-old noticed an awkward, solitary woman drinking at the Little Nashville Bar in North Hollywood. From a well-to-do family, Clark was an Air Force veteran who now got his kicks taking money from lonely, older women. “He was very good at murmuring in women’s ears in country bars and getting them to sleep with him and give him a place to stay,” Louise Farr, author of The Sunset Murders, told the Los Angeles Times. “He was essentially a leach.”

The woman’s name was Carol Bundy, a 37-year-old nurse at Valley Medical Center in Van Nuys. She was there to watch apartment manager and singer John Robert Murray, her on-again, off-again married boyfriend, who many compared to a low-rent Tom Jones. Bundy had a tragic life. Both her parents were violent alcoholics, her father had raped her, and her first husband beat her. “Carol was terribly abused by her father as a child,” Farr told the New York Post. “Because of [that], she became subservient. She would do anything to please her man, and she lost any . . . boundaries.”

Clark quickly seduced Bundy and moved into her Van Nuys apartment with her two sons. Together, they began to molest an 11-year-old girl in the same complex, photographing the abuse. According to Bundy, Clark began to tell her his fantasies of killing people and sexual sadism. “Carol told me she was a mousy little person and her experiences with Doug were the most amazing adventure she had ever been in,” Farr told the Los Angeles Times.

How the fantasies turned into reality remains muddled, since both Bundy and Clark were prodigious liars. It seems that Clark began trolling the Hollywood/Sunset Strip area on his own, killing Marnette Comer, a teenage sex worker. He next murdered teenage stepsisters Cynthia Chandler and Gina Marano who were known to run away from their Huntington Beach home and hang out on the Sunset Strip. After this double murder, he told Bundy what he had done, and Bundy decided to join him on his deadly ride. According to writer Max Haines:

On June 12, the bodies of Chandler and Marano were discovered by a Caltrans worker picking up trash near the Forest Lawn Drive on-ramp by the Ventura Freeway. A few days later, the torso of Exxie Wilson, who had recently come to L.A. from Arkansas to work as a sex worker on the Sunset Strip, was found near a dumpster in the Valley. The body of her friend and coworker Karen Jones was found behind a steakhouse in Burbank. And then they found Wilson’s head.

Police were sure they had a serial murderer on their hands. They held multiple press conferences seeking information, and numerous officers were put on the case, including California’s first female detective team, Helen Kidder and Peggy York. On June 30, the mummified body of Marnette Comer was found by hunters off the Golden State Freeway near Sylmar. Sex workers, long a target for violent crime, were on high alert as were the teenagers and hitchhikers who roamed the Strip.

Bundy was unraveling. She had already called police in an attempt to tip them off about the murders. She also confessed to her ex-boyfriend Murray, and then became fearful he was going to tell the police. To silence Murray, she lured him to his van for sex and then shot and stabbed him multiple times. Worried that traceable bullets would be found in his head, she decapitated him. According to the New York Daily News, when she called Clark to tell him she was bringing Murray home he grew angry. Bundy clarified that it was only his head she was bringing home.

The couple threw the head away in a trash can (it was never found). Murray’s body was discovered on August 9 on a residential street in Van Nuys, after neighbors complained of the smell coming from his van. Bundy soon admitted to colleagues that she had “taken lives.”

“I can’t take it anymore,” she said. “I’m supposed to save lives, not take them.”

Bundy’s coworkers quickly called the police and Bundy talked. Clark was arrested, at his job as a boiler-tending engineer at the Jergens Corporation in Burbank, for molestation of a child (Carol had showed officers the pictures of the abuse of the 11-year-old girl). Clark denied killing anyone, claiming that it was Bundy and Murray who had committed the murders. But it was Bundy whose interviews chilled detectives to the bone.

“I don’t know if you guys have ever in your life shot anybody, but it’s really fun to do…It sounds terrible, but it is.” —Carol Bundy to police

Bundy claimed they had kept Exxie Wilson’s head in a freezer and that Clark had used it sexually. “Where I had my fun was with the makeup. I was making her over like a big Barbie doll,” she said. She also told officers matter-of-factly, “I don’t know if you guys have ever in your life shot anybody, but it’s really fun to do…It sounds terrible, but it is.”

On August 26, 1981, a still unidentified body was found in Newhall, California. Clark was charged with six murders and was convicted in 1983; he’s still on California’s death row. On May 2, 1983, Bundy pleaded guilty to killing Murray and handing the gun to Clark to kill the unknown sex worker. In her plea, she called herself a “reluctant partner,” who had been in the hands of a maniac who had overwhelmed her. According to Bundy, “It was a fantasy that just got badly out of control.”

However, to journalist Mark McNamara—who interviewed her in jail—Bundy was far from an innocent victim. “Carol Bundy seemed motivated by a true sociopathology, as well as a desire to manipulate people. She wouldn’t talk to me unless I bought her a typewriter,” he told the Daily Mirror. “She wanted respect. Carol was colder, darker, less sympathetic, more cowardly, yet more refined and perhaps more clever.”

Louise Farr found Clark equally disturbing. “He wanted attention,” Farr told the New York Post. “When he was in county jail, there were a lot of serial killers inside—the Hillside Strangler—and Doug was miffed because he wasn’t getting as much attention as the others.”

For author Farr, her interaction with both killers was chilling. “I had a terrible time sleeping afterward,” she told the Los Angeles Times. “I made the mistake of spending too long a time with Doug and Carol. I would spend several hours. They’re manipulators. They’re manipulating all the time. After you leave you have the feeling something’s been done to you.”

Bundy died of heart failure in jail in 2003. Clark continues to claim he is innocent of murder, and some experts, including criminologist Christopher Berry-Dee, have come out in his support. But Clark still sits in prison on death row. “I don’t think I’ll ever live long enough to get out of here,” he told KSBW in 2015. “But you get by. I’ve always been a very Zen person.”