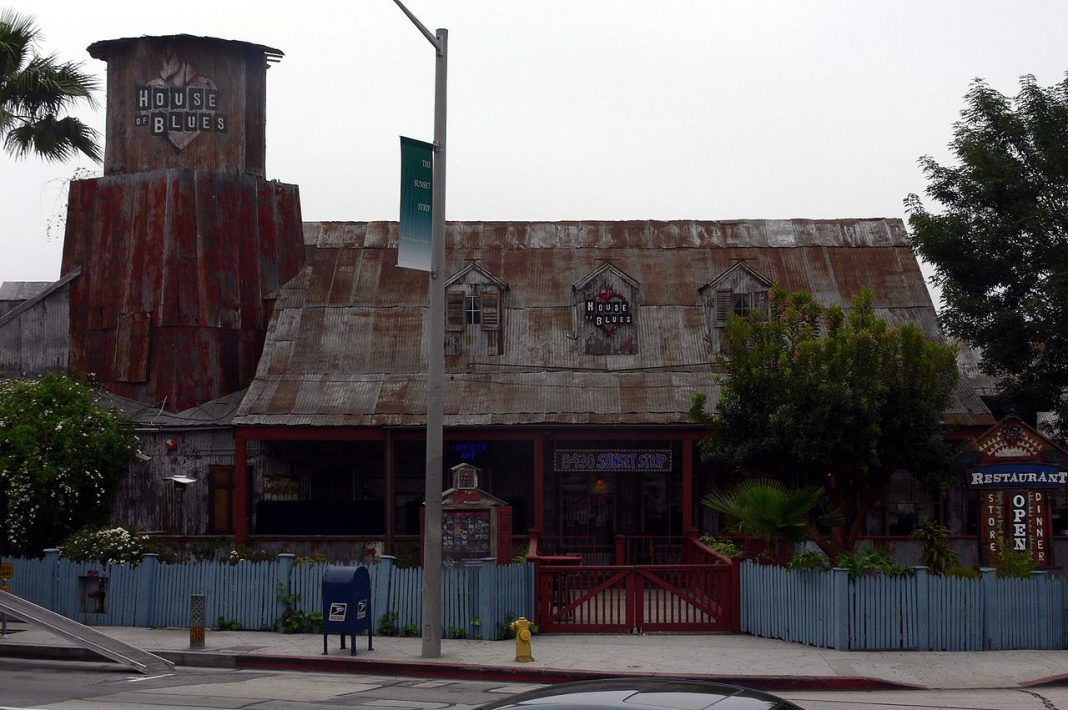 Our Lady of Blessed Acceleration didn’t fail us this time: the House of Blues on Sunset Boulevard is closing, and soon. The Sunset Boulevard landmark will be shuttering to make way for a flashy new development. According to Los Angeles Business Journal, the House of Blues’ owner, concert promoter Live Nation Entertainment Inc., posted a notice that 197 employees at the location will be laid off beginning July 31, though at least some will have the opportunity to transfer elsewhere within the company. The official end for the West Hollywood music venue is set for August 7.

The House of Blues opened on the Sunset Strip in 1994, becoming the company’s first location this side of the Mississippi. The building’s iconic tin water tower is reportedly built from scraps of a gin mill that was once near the crossroads where Robert Johnson is said to have made his fateful deal with the Devil. Apparently, there’s a box of gen-u-ine Mississippi mud bolted to the bottom of the stage to ground each act on the spirit of the South, too. The venue has hosted Aretha Franklin, Stevie Wonder, Jay Z, and a host of local artists; it’s also where Tupac Shakur gave his last ever recorded performance in 1996.

The “new, high-end landmark” replacing the House of Blues will feature 149 hotel rooms, 40 residential units, 16,000 square feet of retail and restaurant space, and 6,000 square feet of headache-inducing digital signage, according to the Web site of its developer, Combined Properties.

Live Nation is currently searching for a new House of Blues location in L.A. (and in the interim, of course, there’s always the one at Downtown Disney). It’s not too late, though, to catch a show before last call. Here are some noteworthy upcoming acts:

July 5, 12, 19: How could we forget their legendary Sunday morning Gospel Brunch?

Video: Miley Cyrus Hops Onstage During the Last Performance at House of Blues on Sunset

18 of Your Favorite Classic L.A. Places That Are About to Disappear