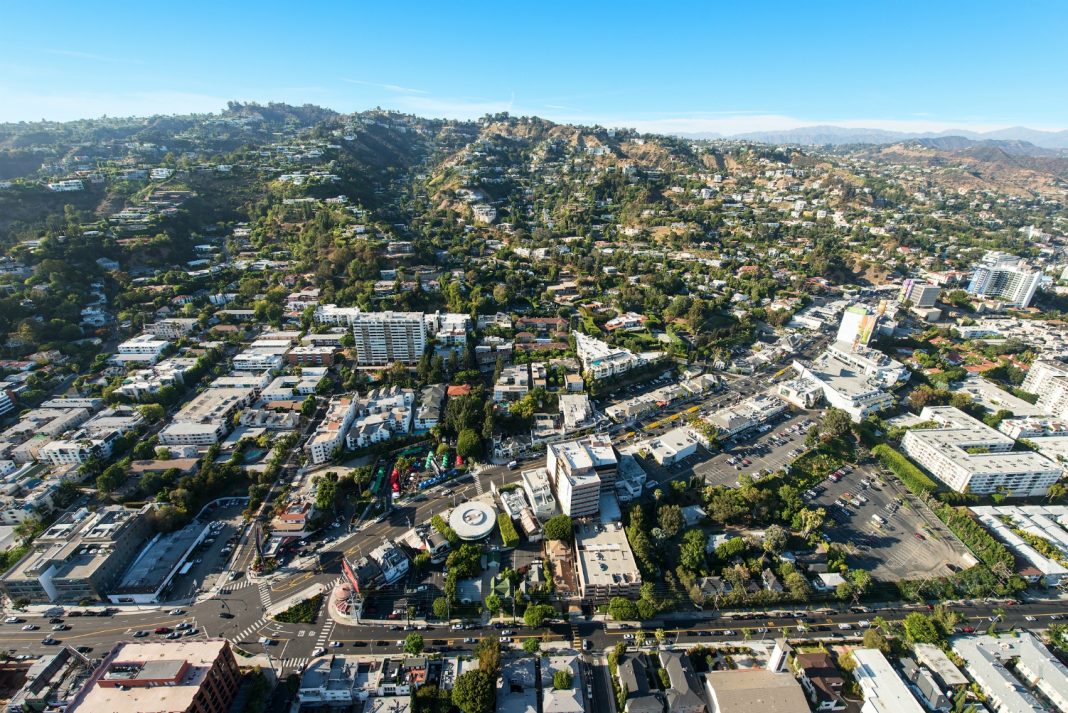 West Hollywood’s Sunset Strip has always been a rowdy stretch of road. During prohibition, the Strip blossomed with backroom drinking spots and ostentatious casinos; later, it would become a hedonistic playground for the rich and famous, as well as a rocker’s paradise.

But these days, the Strip is attempting to show a tamer side of itself to common folk (while simultaneously embarking on a new wave of construction geared towards pampering the city’s elite.) “The Sunset Experience” initiative wants to improve walkability by providing shaded seating areas, colorful directions and painted sidewalk extensions. Meanderers can even sit in a shaded parklet outside indie bookseller Book Soup with a paperback from a lending library.

The problem with such a seemingly charming and innocuous proposition? Traffic, of course.

According to a survey conducted by the West Hollywood Heights Neighborhood Association, 65 percent of respondents had a “great deal or moderate amount of problems” driving around the city’s new “bulb outs” (aka sidewalk extensions) and 63 percent said “hell no!” to the idea of these modifications becoming permanent fixtures on the Strip. Another 61 percent blamed the reconfigured streetscapes for causing a “great deal” or “moderate” amount of traffic problems.

The pop-ups, of course, were not designed to improve traffic flow, but to “invite walking, encourage interaction and draw attention to Sunset as an exciting place for people, not just cars,” according to the city.

West Hollywood is still rated the most walkable city in California, but it can be unsafe for pedestrians— especially at night. In 2013, there were 4.4 vehicle collisions with pedestrians every month, according to the blog WeHoByTheNumbers. In the years that followed, brighter signs and reflective markers have lowered those numbers to around 2.5 per month.

Projects like the Sunset Experience could help, if done thoughtfully—though it seems like anything remotely similar to a road diet in L.A  is doomed to fail.

On Thursday, the city will convene a neighborhood meeting at the London Hotel to discuss the pilot project and solicit additional suggestions. You better believe the whole neighborhood will be showing up.

RELATED: WeHo Hopes Its New Sunset Strip Trolley Will Be a Hit With the Bus Averse