Home Entertainment Industry Are We All Suffering From the Truman Show Effect? 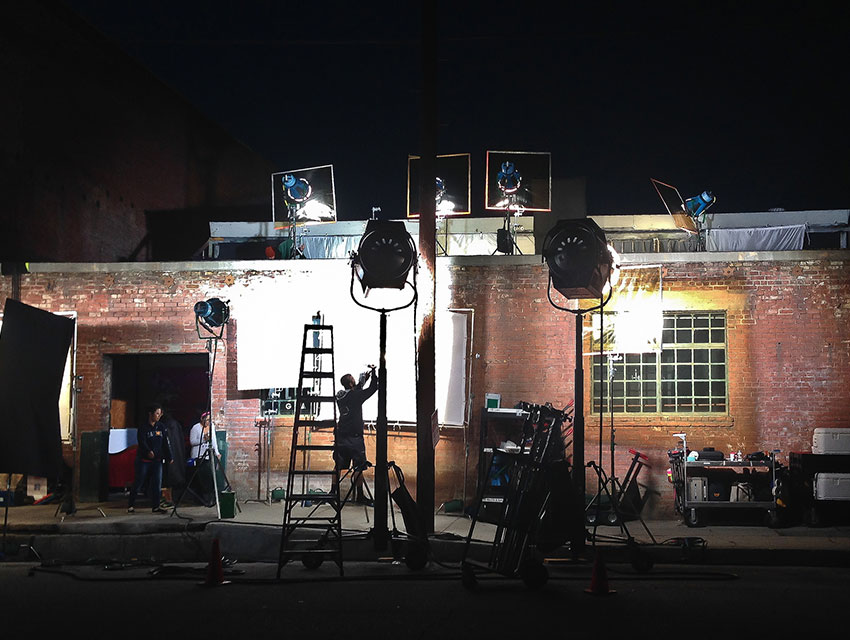 A few months ago, I found myself in Union Station with roughly two hours to spare before I needed to catch a train and move to my next meeting. I took a seat in the main hall, turned on my wireless hotspot, and began returning emails from my impromptu downtown office. There were many distractions: a pair of traveling parents attempted to corral what appeared to be five children under five years of age; a man kept walking into Traxx, taking a shot, and then exiting; and a woman across from me was counting eggs—yes, literal eggs.

The woman’s groceries caught my attention and signaled something behind her, a farmers market. I didn’t know Union Station had a farmers market, I thought to myself. I don’t have dinner plans so I could probably do a quick run around the market for fresh produce. I closed my laptop and and walked over to the courtyard-enclosed market, and darted for some fresh tomatoes.

“Sir,” a young man shouted in my direction. “I’m sorry but you can’t have those tomatoes.”

“Why? This is a farmers market,” I said. “I’m planning on buying them.”

“I’m sorry but you can’t,” he replied. I looked up, and only then did I notice a squad of cameras and director chairs and a trailer. “This is a film set,” he laughed. I smiled and whispered an apology as I returned the red vegetables. I had been duped by Hollywood, rendered unable to distinguish my Los Angeles from a faux Los Angeles masquerading as my Los Angeles. I would be lying if I said it hadn’t happened to me (and probably you) before.

Once I was in a store on La Brea, rifling through a large collection of vintage clothing. I looked up to see a girl that I could have sworn I had met before. I followed her for a moment then very nearly reached out to grab her shoulder so I could re-introduce myself. She turned around before I made contact. It was Ashley Olsen.

If you hike Bronson Canyon and have come across the Bronson Caves, you may think they formed naturally. Psych! The caves were manufactured and featured in Batman. While driving in Vernon, an Americana pastoral mural may cause you to have a flashback from the movie Carrie that you mistake for your own experience. If you know what The Freddie is, you will probably feel like you have been to Wattles Garden Park on your first visit because it was once a dance floor for Phyllis Nefler.

Sometimes, this L.A.-specific confused reality disorder can have dangerous implications. A few years ago, a gunman went on a rampage in Hollywood. It was frightening and awful but many locals didn’t immediately believe it the shooting was real. As was reported at the time (and people I’ve interviewed have confirmed), the reality of the violence was questioned because those who heard the commotion it caused couldn’t easily decipher if they were hearing a film being shot or real trauma.

This idea of Hollywood productions clouding our everyday experiences here in Los Angeles means Angelenos need to question what’s happening around them more often than residents of other cities do. “Is this real life?” you may ask yourself. Yes—and that is a part of being an Angeleno.