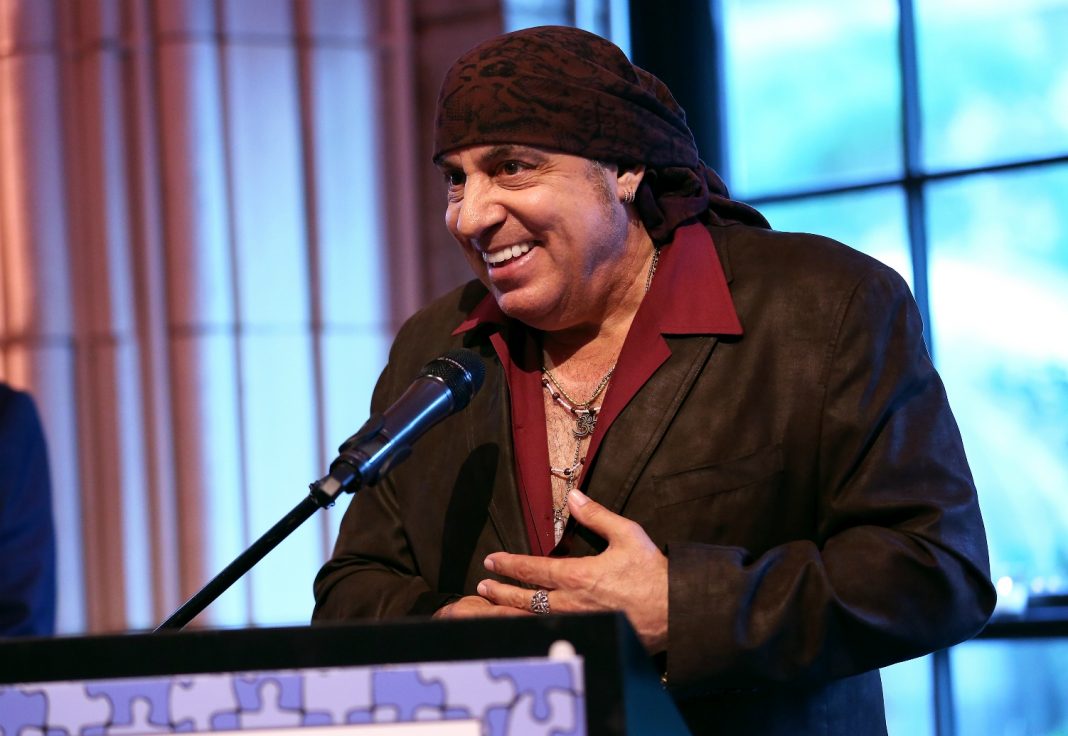 It’s hard to say what Steven Van Zandt is best known for. He’s a founding member of Bruce Springsteen’s E Street Band, he played Silvio Dante on all seven seasons of The Sopranos, and he hosts an extremely cool syndicated rock-and-roll radio show called Little Steven’s Underground Garage. In recent years, he’s also become an advocate for preserving arts education in public schools, launching entire tours in solidarity with teachers. Along with Springsteen, Jackson Browne, Bono, and Martin Scorsese, he’s a founding board member of TeachRock, an organization that offers music-centric curriculum to teachers, all free of charge.

This morning, Van Zandt showed up outside Hamilton High School to protest alongside striking LAUSD teachers. In a speech posted to Twitter, he spoke in favor of integrating the arts into STEM (science, technology, engineering, and mathematics) as another, equally important pillar of school curricula.

Calling on the entertainment industry to come out to the line with him to support public schools, @StevieVanZandt has one more message for everyone.

We have to turn #STEM into #STEAM! Art is an essential part of the quality of life!#UTLAStrong #WeAreLA #StudentsDeserve pic.twitter.com/R1VbeVGhv9

In another tweet, he called on L.A.’s music and acting worlds to join him on the front lines, writing, “Calling all Brothers and Sisters in the Music/Acting worlds in LA! Come out and march with the TEACHERS! Join the [picket] lines! Solidarity for Public Schools! 80% of schools don’t have a [full-time] nurse! Class sizes are too big. Let’s get them the resources and end this strike!”

Members of Hollywood unions including the Screen Actors Guild and Writers Guild of America have shown up to protest with teachers, who are demonstrating for higher pay and more resources for students, including supplies and support staff. Today is the third day of the strike.

RELATED: Who Is Alex Caputo-Pearl? Meet the Maverick Union Leader Behind the Teachers Strike