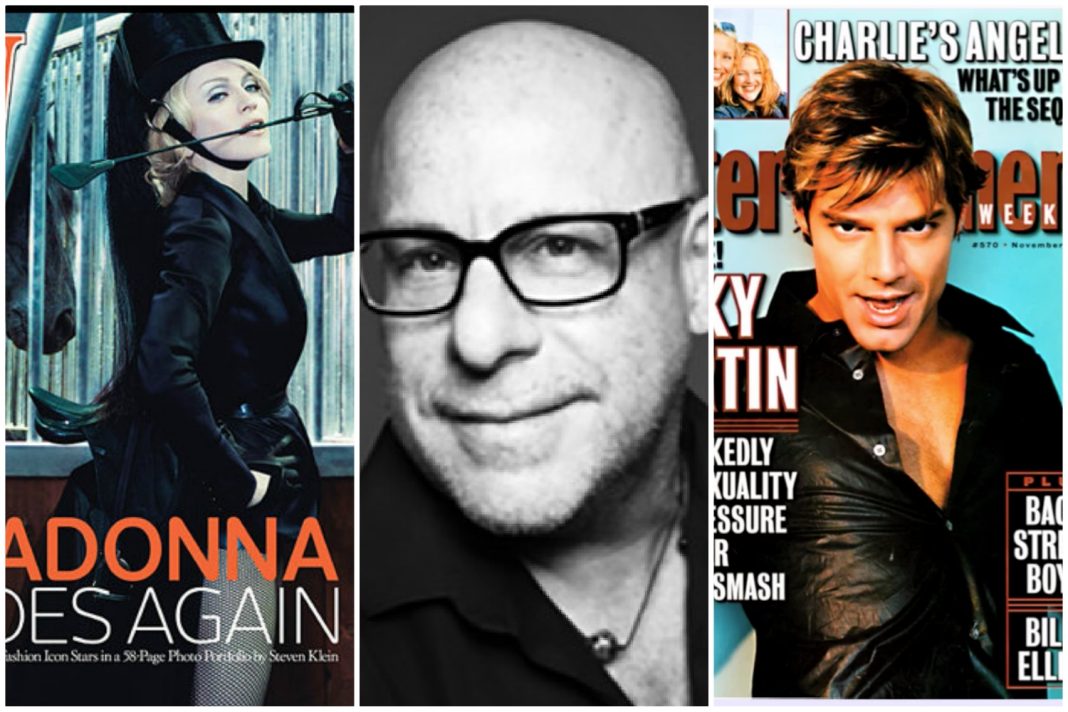 Let’s get the sad stuff out of the way: Steven Tapp, the brilliant Hollywood colorist, committed suicide in May. He was 55. It was his third attempt. Those who loved him, as I did, have spent the time since his death trying to comprehend how such a gifted, gentle soul could leave us so brutally.

Steven was the king of Hollywood color. An artist who used dye as his paint and hair as his canvas, he saw the world in various shades of blonde. You can find examples of his flair for hair on the covers of Rolling Stone, W, Vogue, Vanity Fair, Elle, GQ, and Interview.

To sit in Steven’s chair was to fall in love. It wasn’t just his genius but his humility. His longtime client Madonna once exclaimed, “Steven Tapp: You’re a humble genius.” And she was right.

Along with Madonna, Steven’s clients included Ricky Martin, Cameron Diaz, the Eagles’ Joe Walsh, Harry Hamlin, and a whole lotta wives: Real Housewives of Beverly Hills wives, Lakers wives, Dodgers wives. Clients flew in from Berlin; he even did the color for Terri Nunn, lead singer of the band Berlin.

I sat in Steven’s chair—first from his perch at Jonathan, at all the various salons in between, and at his final location, Benjamin in West Hollywood—for 25 years.

As I gave the eulogy at his memorial, I looked around at the group of creatives he called friends and realized we were the short list of people Steven could tolerate. If you sat in his chair without deference, it would be a short stay. He catered to all our follicular glory, and those of us who were with him for the better part of three decades knew it was a two-way street. He listened, and he listened and he listened. And he listened. Then he’d deliver a one-line summation to whatever blarney you were spewing, and it would be perfect.

He was emphatically unimpressed by celebrity. He’d grown up around the Industry and preferred the proletariat. His father, Mike Tapp, was a famed dolly grip who worked with Steven Spielberg, Sir Laurence Olivier, Muhammad Ali and spent years on the Dukes of Hazzard and Baywatch. His mother, Alice Tapp, was Norman Lear’s executive assistant and sold films for Roger Corman. And his grandmother worked at the MGM commissary during the studio’s Louis B. Mayer/Monty Clift/Elizabeth Taylor heyday.

Steven once confided that getting picked up in a limo from grade school wasn’t unusual. His sister, Tamara Tapp, told me that as the limo entered the various studio lots, he used to exhort her: “Act as if you own the joint!”

Steven’s career in hair began when, as a little boy, he discovered his mother’s and grandmother’s wigs, which he expertly dyed, curled and styled. It wasn’t long before he turned his hobby into a profession—the young prodigy at Arthur Johns salon, which would later become Jonathan. Among the client’s wigs he coiffed: Tina Turner and Diahann Carroll.

Celebrities were good for the brand but no matter whose hair he was doing at the moment, Steven took pains to cosset his long-time clients, treating those with the least like we mattered the most. It was, after all, just hair.

To wit: the time Roseanne sat in his chair and complained that a bald man was about to do her hair. To which Steven retorted, “It’s not about my hair, honey.”

Or the time a bigwig exec’s color was processing and he complained that Steven was reading a magazine. Steven shrugged and went right on reading—fawning wasn’t part of the tab. Unless of course, he loved you. Then he’d fawn.

The first time I went to Steven, I was referred by stylist Roz Music. I had fire red hair and wanted it platinum. And I got platinum. He was grace under pressure, and over the next 25 years, I marveled at that grace, time and again. Like the time he decided my hair should be “lavender swirl” for my daughter’s baptism, and “strawberry creamsicle” for my son’s baby shower. Processing was a process, and it wasn’t over until every strand was perfection.

I only saw him blow his stack once.

It was at the Argyle on Sunset Boulevard and a carny was wandering among the chairs, hawking sequin headpieces. She got too close to his station and Steven let fly. He excoriated her in words I cannot repeat, but it was really, really bitchy. It was truly something to behold. Needless to say, no one tried to hustle declassé gimcracks around him again.

Steven and I collaborated on a book project at one point; our working title: To Dye For: How the Son of a Bank Robber Became a Prince of Hollywood Hair. He’d been coloring my hair for 20 years before I learned the backstory. Mike Tapp had adopted him when he was two—his biological father was already in prison when Steven was born, after a botched bank robbery attempt. When he got out of prison, he tried to contact Steven, who would have none of it. (Something he later told me he regretted.) He didn’t toot his own horn so I had to extract the stories. When he told me used to zip Syd Charisse into her dresses, you coulda knocked me over with a feather.

At one point, when my color schedule synced up with Joe Walsh’s and we were processing next to each other, I wanted to gush: “I saw you opening night at the Forum, and the sound was so perfect!” But I didn’t say anything, because Steven was so cool, so you couldn’t act uncool around him.

His genius for color placement, the deftness of his hand-painting, spilled into his personal life, like the time he brought home a Christmas tree and as he looked at it, determined he had to repaint the wall behind it—the color just wouldn’t do. That kind of genius can’t be easy. Living for others people’s hair cannot be easy. Listening to all our bullshit can’t be easy. He made it look easy, but I’m sure it was not.

Steven’s depression was something we rarely talked about. When I asked how he was doing, month after month, year after year, it was always met with a “Great!”

But the second suicide attempt put him in the hospital and there was no getting around that. When a pair of friends tried to stage an intervention, he confessed that he was so tired of taking all the drugs he needed to take to stay well—he’d been diagnosed as HIV positive years before.

He left behind a suicide note on the final attempt May 24, in which he indicated—in very few words—that he was just too sad to go on living.

I used to pray that two people would outlive me: my colorist and my facialist. And when my facialist called me at 9:30 on the night of Steven’s death, I already knew in my heart I’d lost him.

I hadn’t cheated on Steven in 25 years and after he was gone I didn’t know quite what to do. So I dyed my hair pink in mournful defiance, knowing that Steven would approve.