Home Entertainment Industry Even Before Stay-at-Home Orders Were Lifted, Hollywood Crews Were Getting Back to... 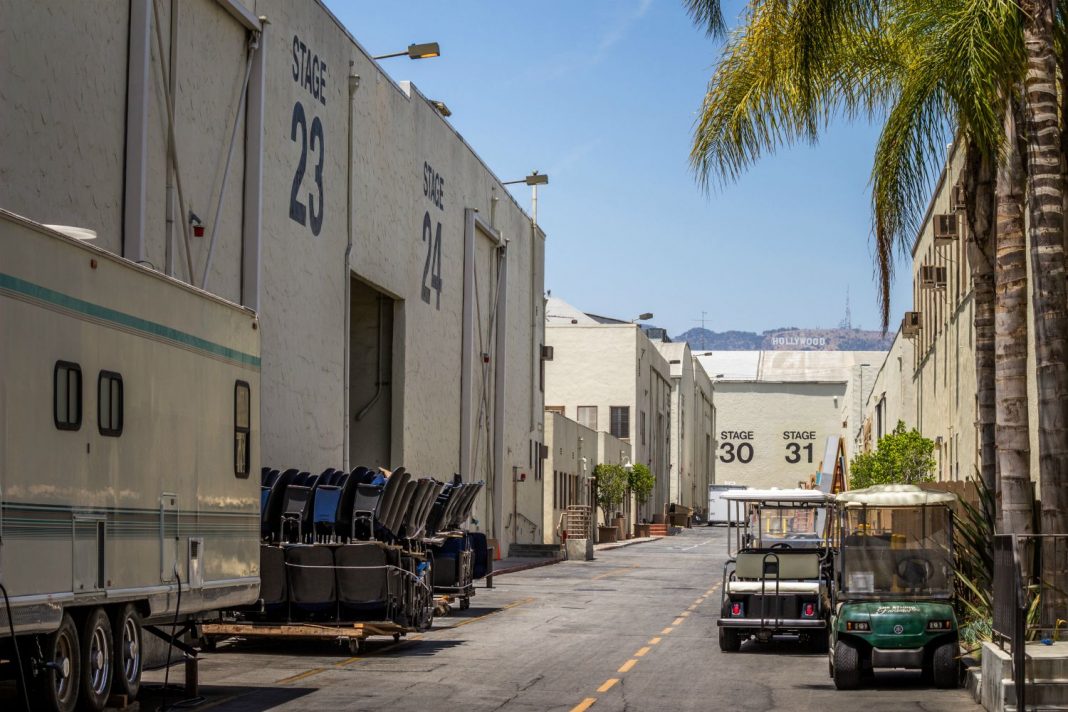 While most of Los Angeles is trepidatiously assessing the implications of regional stay-at-home orders being lifted on January 25, the move hasn’t presented much of a change to film and TV casts and crews, who are currently working on more than a dozen productions in L.A. or will be starting to next month. And, according to The Hollywood Reporter, they could have gotten back on the job right after New Years, if they hadn’t volunteered to extend their holiday hiatus to mid-January at the request of health and entertainment industry officials.

Classified as essential workers, production members could have legally returned to work at any time following winter break, but acceded to requests from the L.A. County Department of Public Health as well as from SAG-AFTRA and the Producers Guild to give the halt a little more time.

“In a continued adherence with federal, state, and local guidelines, production decisions are being made on a case-by-case basis by teams that are closely monitoring the environment and determining what is safe and responsible for their workers,” says a rep for the Motion Picture Association. “Productions continue to follow the strict, industry-wide health and safety protocols that have resulted in one of the safest workplaces in the country.”

Back on January 8, however, SAG-AFTRA national executive director David White was not quite so bullish, saying, “We recommended a pause in production even though our safety protocols have been effective, because this is not a great environment for members to go to work in Southern California.”

This was followed by a January 11 letter from public health director Barbara Ferrer thanking her “music, TV and film production colleagues […] who have done so much to reduce the risk of spread of COVID-19 in your industry.”

Ferrer continued, “Productions have canceled or delayed work on scenes and performances that have innately higher risk. We have learned of productions cancelling travel, moving work outdoors, shortening sessions, closely assessing and improving ventilation, canceling use of choirs or other group singing, and many more steps.”

The new changes to the health protocols include mandates that hired audiences be limited to 50 members and must consist of actors or extras, not members of the general public, pre-employment PCR testing for all productions, and a requirement that productions must conduct COVID-19 tests at least once a week. The quarantine period for people who may have been exposed to the virus has been reduced to ten days from 14, and hair and makeup artists are required to wear a face shield in addition to a face covering.

As some studios eyed January 11 or 18 to return to work, others decided to wait until February, industry sources tell THR that productions set to restart shooting, or that already have, include such Warner Bros. works as CBS’ All Rise and Bob Hearts Abishola, Showtime’s Shameless and Netflix’s You, along with ABC’s The Goldbergs and Atypical for Netflix (both produced by Sony), plus CBS Studios’ NCIS, NCIS: Los Angeles, Why Women Kill, SEAL Team and Diary of a Future President.

As for everyone else in L.A. County, the lifted stay-at-home orders pave the way for the imminent reopening of salons, outdoor restaurant patios, and a handful of other sectors that had previously been shuttered.