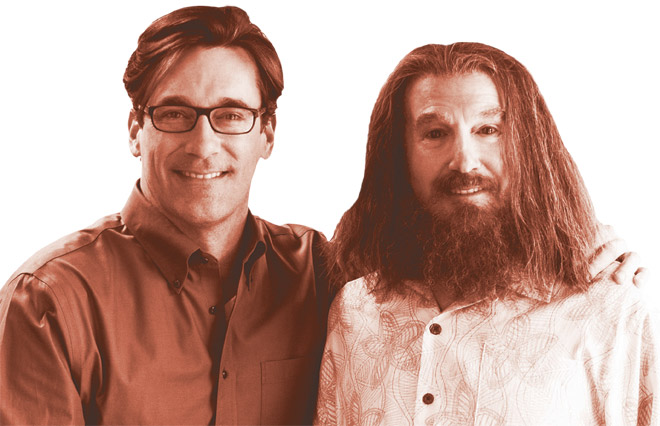 The HBO movie Clear History (premiering August 10) is a supercharged comedy about a shaggy marketing executive (Larry David) struggling with the success of the electric car company he left after having a fight with his boss (Jon Hamm). The flick reminds us of three real-life alt-transportation operations trying to break into the L.A. market.

Lyft
Founded only a year ago, the San Francisco-based company is a rideshare app that has expanded to Los Angeles, Seattle, and Chicago, fueled by $60 million in financing. Customers pay by donation, making Lyft considerably more affordable than cabs (and its higher-end competitor, Uber). Security-cleared drivers greet passengers with a fist bump, and all Lyft vehicles are equipped with iPhone chargers and—more important—giant pink “carstaches.” May auto facial hair be the next trend.

Tesla Model S
Though the “Howard” electric car featured in Clear History looks like a Lego block with wheels, Elon Musk’s luxury sedan is brazenly attractive, even Jon Hammesque. The car’s efficiency—89 mpg—earned the highest auto rating of all time from Consumer Reports in May. And hey, what’s $70,000 when there are polar bears to save?

Specialized Turbo E-Bikes
Looking like a mountain bike but cruising like a moped, the two-wheelers clock a top speed of 28 mph. With our burgeoning two-wheel culture, this is either the perfect compromise or a disaster in the making.

The Car Pool
Rushing to a Dodgers game, David picks up a hooker so he can hit the HOV lane.

The JoyRide
The vibrating passenger seat in David’s car becomes a source of glee for female friends.

Barbara Boxer Enlists Larry David, Billy Porter, and Other Stars for a Live Reading of the Mueller Report

The Guy Behind the O.J. Tour Is Now Leading a ‘Curb Your Enthusiasm’ Tour Through L.A.