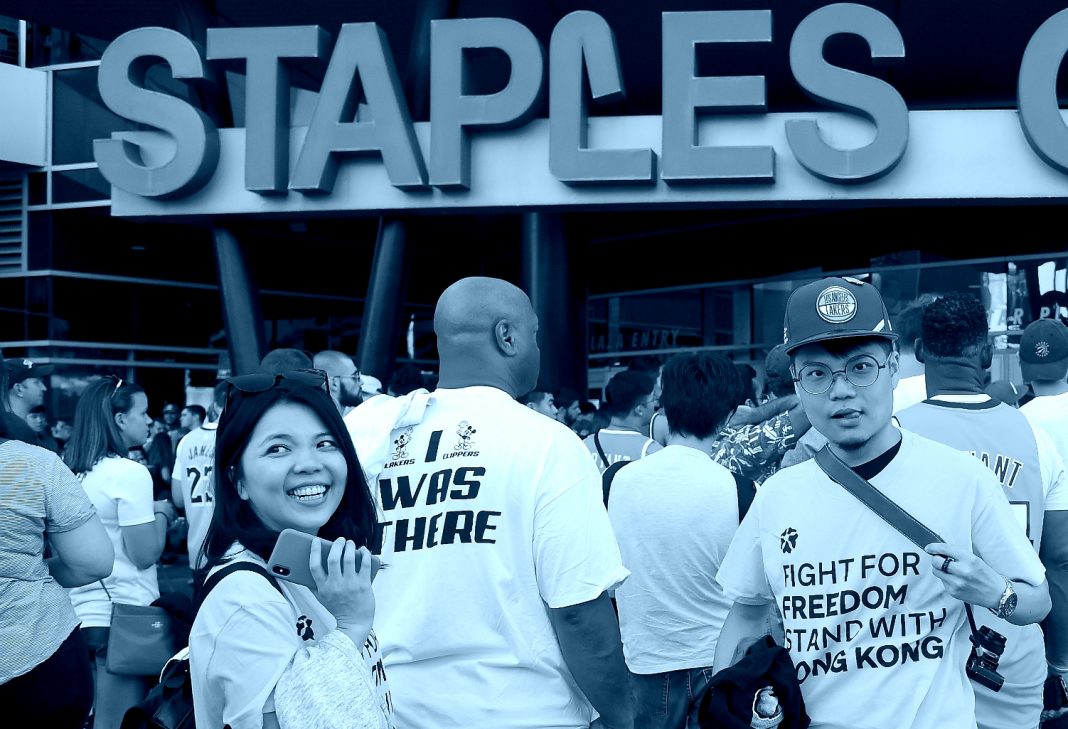 » The NBA season tipped off last night, with the Lakers and Clippers playing each other at Staples, but one famous fan wasn’t in the stands. Kobe Bryant had to skip the match for a more important game: watching his 16-year-old daughter Natalia play volleyball. [Los Angeles Times]

» The District Attorney has charged two LAPD officers with battery in connection with an incident that left a man unconscious outside an East L.A. restaurant. One officer is charged with a misdemeanor, the other with two felony counts.  [The Eastsider]

» Internet swoon-object Timothée Chalamet is stepping away from Hollywood for a while, announcing that he’ll be taking a break from acting and enjoying some “down time.” But don’t worry, he already has four (!) films in the can for release over the coming months. [Vogue]

» Amid ever-escalating housing costs, wildfire dangers, and other concerns, a wave of California residents are moving out of state–and that’s having consequences in places like Boise, Idaho, and Plano, Texas. [Curbed]

» Ronan Farrow is launching a podcast to accompany his best-selling book Catch and Kill: Lies, Spies and a Conspiracy to Protect Predators about his reporting on Harvey Weinstein, Matt Lauer, and others. [The Hollywood Reporter]

» Following a grim revenue forecast and a mistakenly-published TechCrunch article, Snapchat stock took a big drop on Tuesday–but things at the company might not be as bleak as they seem. The social platform you haven’t thought of in a while has been seeing some rebound in its user base over the previous three quarters. [CNBC]

» A ballot measure in Rancho Palos Verdes would require resorts in the city to raise worker pay and equip staff with panic buttons to use in the event of sexual assault or other emergencies. Over a million dollars has been spent lobbying against the measure, which would primarily impact the Terranea Resort and Trump National Golf Club. [L.A. Times]

» Coverage of Trump’s Doral Resort Fiasco Was Worth at Least $1 million in Free Advertising. An advertising expert helps us do the numbers on what Trump’s company gained from the G7 summit situation.

» Crimes Against the Homeless Have Risen, and Advocates Are Searching for Answers. There is growing concern about targeted attacks against homeless people in the city.

» Lori Loughlin, Mossimo Giannulli, and Other Parents Indicted on New Bribery Charges. The U.S. Attorney’s office has made clear they won’t be going easy on the college scandal-plagued families.

“The Merry-Go-World” Lands at L.A. Louver

“The Merry-Go-World” is a large installation by artists Ed and Nancy Kienholz, designed to inspire compassion. Viewers spin a carnival wheel to discover which of eight very different “lives” they will experience, forcing one to consider the privileges and suffering a person is given by the randomness of their birth. The ambitious, interactive structure, which took the pair four years to construct, has been displayed at galleries around the world; on October 24 it goes on display at L.A. Louver gallery. [Read More]