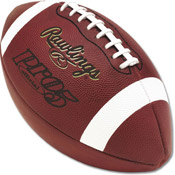 L.A. City Councilwoman Janice Hahn, Mayor Antonio Villaraigosa, labor chief Maria Elena Durazo, Magic Johnson, and Jerry West were on hand for the presentation, which centered around financial planning for the project (the city will not chip in to fill AEG’s financing gaps according to Villaraigosa) and the benefits of building and having the stadium (new jobs and revenue for the city).

What do you think: Will the development plan for Farmers Field inspire an NFL team to move to L.A.?