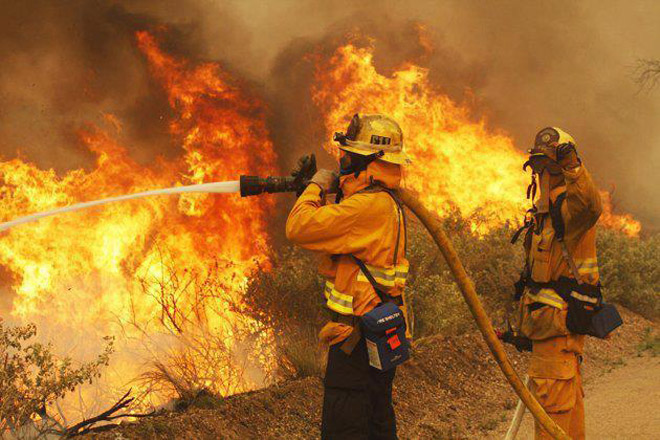 The blaze that erupted near the 101 Freeway north of the Canejo Grade Thursday continued to burn through the weekend, threatening up to 4,000 homes during its peak. Mandatory evacuations were revoked late Saturday, and by early Sunday morning authorities had announced the fire, which burned across 28,000 acres, was 60% contained. Firefighters expect to have the blaze fully knocked out Monday. Meanwhile, local weather reports—which suggest it might rain tomorrow—are a relief to officials and Ventura County residents alike.  “I love to see it rain,” Ventura County Fire Department captain Mike Lindberry told NBCLA, “but not too hard. We have a danger of mudslides if a serious amount of rain comes down.”