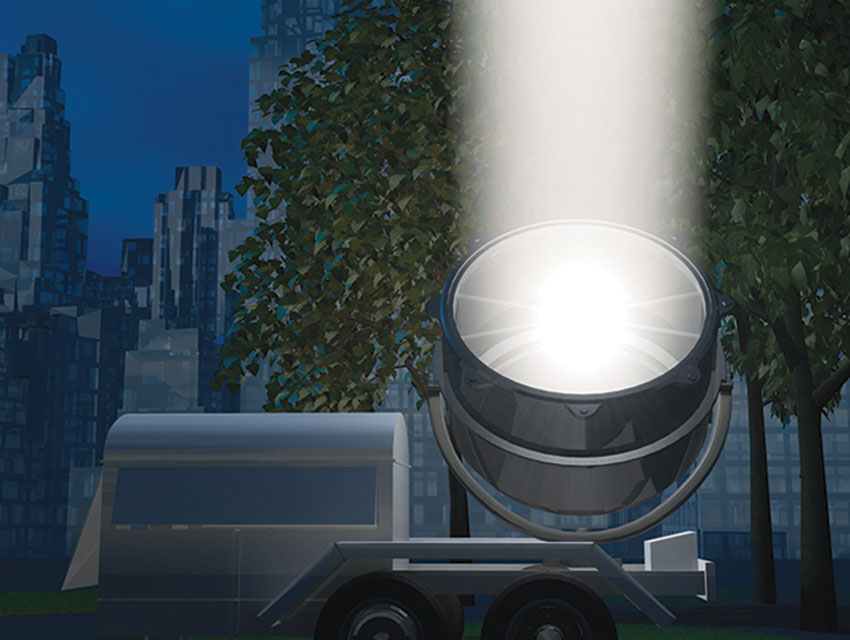 Brothers Anton and Johann Kliegl invented a high-powered searchlight in the early 20th century, and today their namesake product—the klieg light—is widely applied to all kinds of lighting systems used for film productions and red carpet premieres. Throw on a pair of shades and take a closer look.

The Carbon Arc
The glow is created by two carbon rods that, when heated, form an arc of light between them. In the 1920s, when klieg lights were first used on film sets, the rods burned so intensely that a designated operator, wearing safety gloves, had to replace them about every two hours. More modern searchlights use gas (xenon or mercury and argon) to produce light.

The Reflector
In the drum of each klieg is a reflective surface that makes the most of the carbon arc’s wattage. Measuring 60 inches in diameter, it’s made of copper and covered in rhodium and nickel.

The Beam
Depending on visibility, the beam can be seen up to 35 miles away. Let’s hear it for air pollution: Smog and dust increase the distance from which light can be seen.

The Generator
The lights are powered by a gas-filled generator that weighs roughly 2,500 pounds. An average generator produces up to 16,700 watts, which can power more than 275 standard lightbulbs. Newer, environmentally friendly lights (including one called the zArc from the Texas-based company NASA Searchlights) are able to create brighter beams and can be plugged into a regular outlet.

The Casing
The searchlights are generally encased in steel or aluminum to withstand the high temperatures of what is essentially a giant lamp.