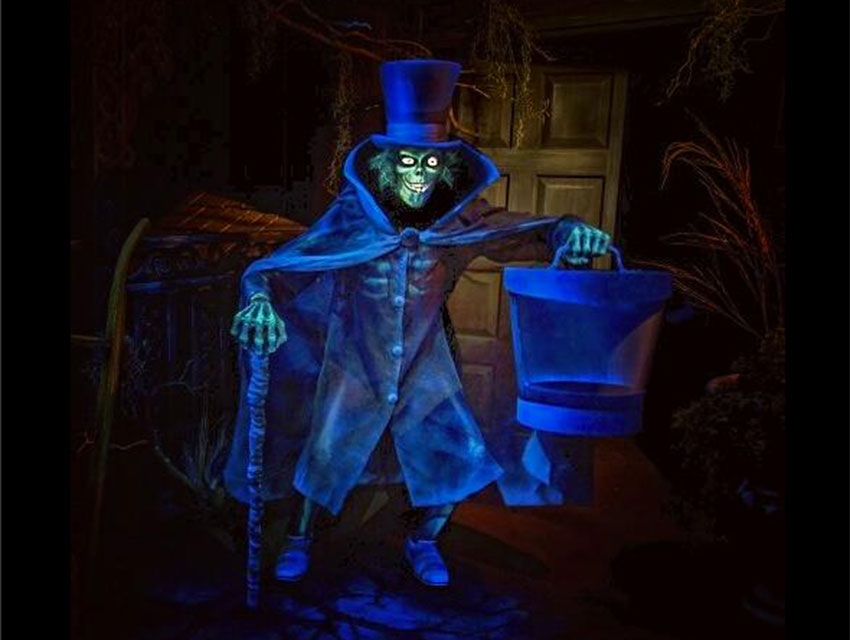 A familiar presence returned to Disneyland’s Haunted Mansion over the weekend. More than 40 years after bidding the attraction farewell, the legendary Hatbox Ghost, a cloaked figure with a top hat and a disappearing head, is once again appearing for visitors to the manse. The visage, which was removed shortly after the ride opened in 1969, reportedly due to mechanical issues, was reinstated for Disneyland’s 60th anniversary celebration. Unlike other ghosts, he’s back not with a vengeance, but with a Twitter account.