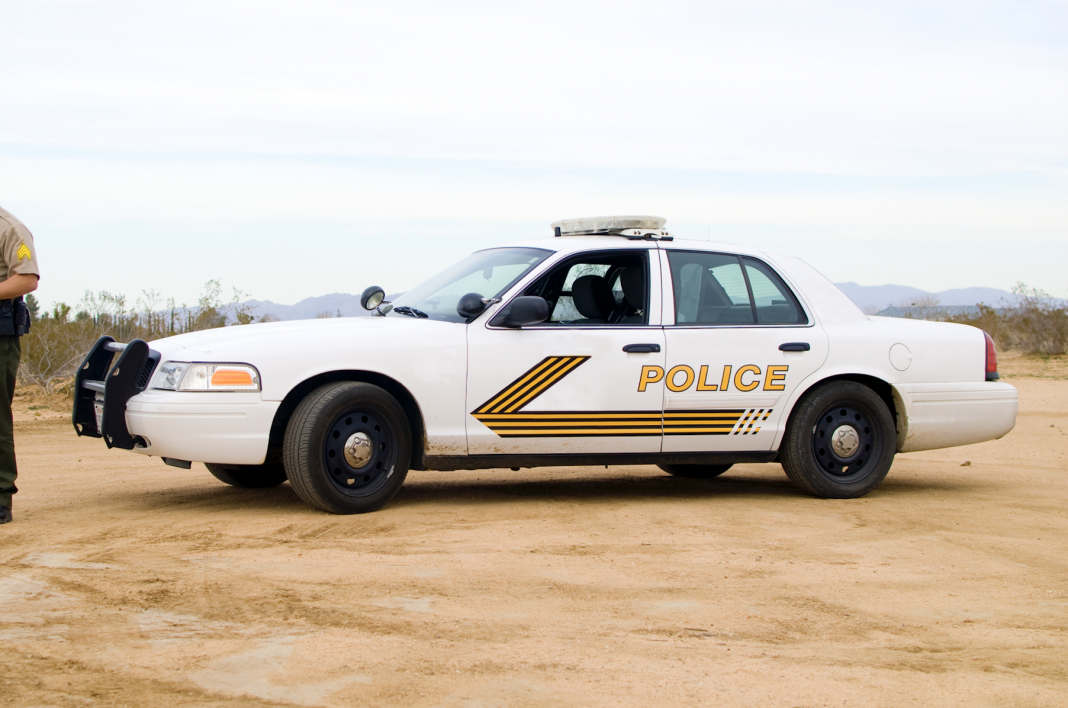 A military-grade explosive and other explosive devices were discovered near Joshua Tree inside a vehicle and at the residence of three self-described sovereign citizens, according to authorities in San Bernardino, who said the trio was arrested on possession charges over the weekend.

Jeffery Russell, 46, and David Russell, 50, were pulled over in a white Ford Taurus on Twentynine Palms Highway just after 10 a.m. for California vehicle code violations, according to the San Bernardino Sheriff’s Department. Deputies said that upon stopping the two men, it was soon discovered that they claimed to be sovereign citizens.

The Southern Poverty Law Center describes sovereign citizens as having “truly bizarre, complex, antigovernment beliefs that are rooted in racism and anti-Semitism.” Generally, sovereign citizens refuse to pay taxes and tend to participate in anti-government protests; some promote conspiracy theories and use legal loopholes for immunity. They believe that courts and the government have no true jurisdiction over them.

On Saturday morning, while further checking the records of the two Russell men, deputies discovered that both were prohibited from possessing firearms. They then launched a search and found live ammunition, black gunpowder, and what the SBSD said was an “improvised military-grade explosive device” inside the Taurus.

At that point, the Sheriff’s Bomb and Arson Division was called in and staff were able to safely dispose of the device, according to the department. Their investigation led deputies to believe that more explosives would be found at the property in Johnson Valley where the two men live; a search warrant was then issued for the residence.

Venus Mooney, 54, was at the Johnson Valley residence, about 30 miles north of Yucca Valley, when the search warrant was being executed. She was also arrested after additional military-grade explosives, ammunition, and firearms were discovered inside the home, which the SBSD described as a “remote sovereign citizen compound.” The military-grade explosive was safely disposed of by the SBSD’s Bomb and Arson team, the department said.

Both the Russell men and Mooney were booked at the Morongo Basin Jail on charges of possession of an explosive device and possession of a controlled substance while armed. The SBSD said on Saturday that all three are being held without bail pending their court appearances. The department confirmed that the three appeared in court on Tuesday and have another court date to be scheduled, but had no further information on the case.

San Bernardino Sheriff’s Department Deputy Z. Carlos was unavailable on Tuesday morning when LAMag reached out for further information on the controlled substance charges and the relationship between the Russell men and Moon. A public affairs officer said that the department will not be making the booking photos of the suspects available to the public in this case.

The SBSD has asked that anyone with information regarding this investigation into the Russell men and Moon contact Deputy Carlos at 760-366-4175. Callers who wish to remain anonymous are urged to call the We-Tip Hotline at 1-800-78-CRIME (27463).