Home Urban Development A South L.A. Alley is Set to Become a Park 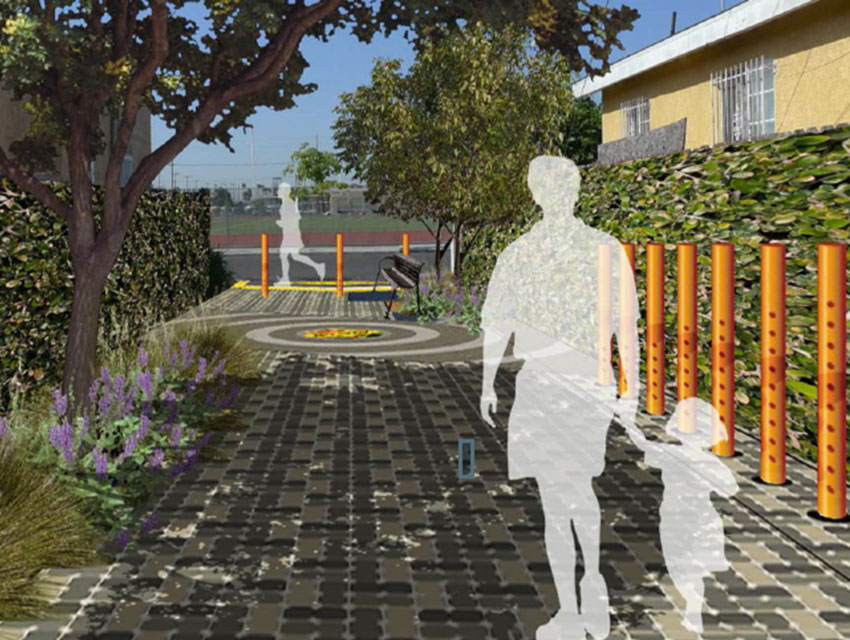 The cement-filled banks of the Los Angeles River have been reimagined as public space. Now a concrete corridor in South Los Angeles is getting the same treatment. The City Council voted Tuesday to close off to cars 100 feet of alleyway between 51st and 52nd streets west of Avalon Boulevard in an effort to turn the stretch into environment- and resident-friendly land.

NBC Los Angeles reports the Green Alley project, proposed by the Trust for Public Land and funded by Prop O and the state’s Department of Water Resources, will include the paving of the area to better capture rainfall runoff (always a plus) and a design that will transform the alley into a much needed park for people to enjoy.

“South L.A. probably has the largest network of alleys, some 300-square-miles, and many of them have fallen into disuse and disrepair,” said councilman Curren D. Price. “They’ve become magnets for crime, trash and debris.” Because many run between blocks and between homes, they are an integral part of the community, he says, and thus represent an opportunity for real change. Price imagines his district’s alleys becoming a place where people will “be throwing balls, having picnics, riding bikes—utilizing them in ways they never did before.”

Work on the Avalon Boulevard corridor is scheduled to begin late this year or early next, with officials including Price hoping to see the project expand quickly. Asked if he expects other members of the city council to want similar plans for their own districts, Price said several suggested they already do. “I’m sure there will be some copycats,” he said. “It’s a big win for the district and the city.”