Home Essays Will the Pandemic Turn Us All Into Teenage Girls? 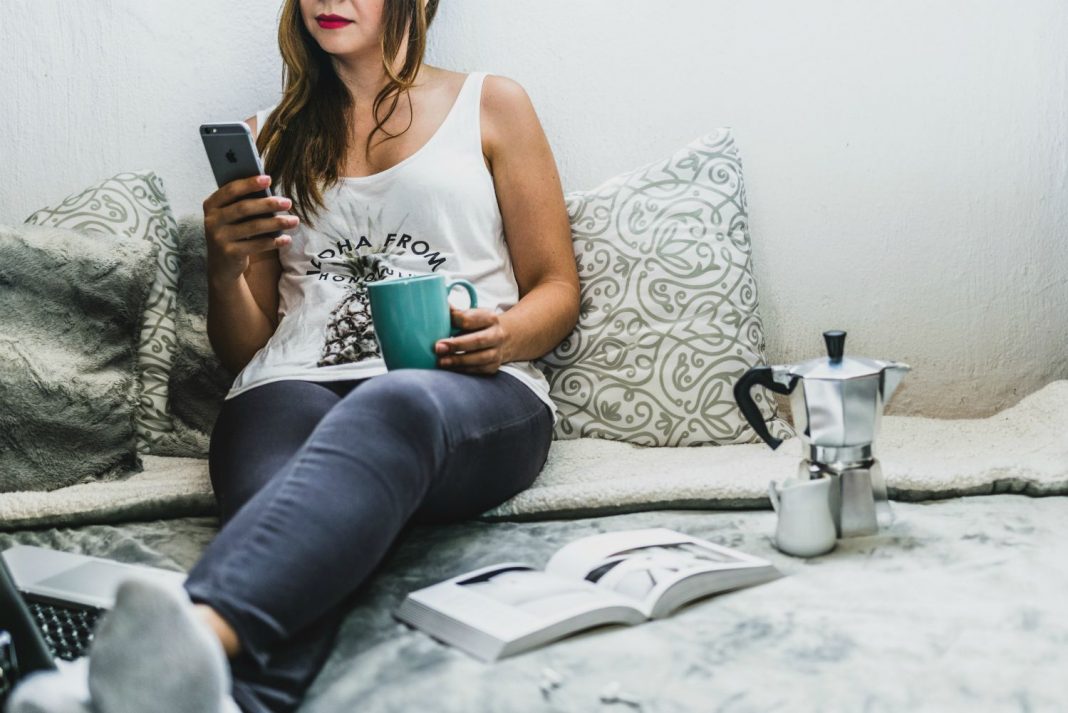 She was on her phone, participating in a group text of moms complaining about home schooling.

I thought, “OMG. We’re all teenage girls now. No cap.”

This is not good. I say that not because I’m still mad at teenage girls for not liking me when I was a teenage boy. That was that not their fault. I didn’t like me either.

I say it because in the last two decades, teen girls have had a huge increase in depression, self-harm, and suicide attempts. In 2011, 8.2 percent of people between 12 and 17 had a bout of major depression; in 2018 that was up to 14.4 percent. The numbers were worse for girls than boys. Girls who are between 10 and 14 had a tripling of self-harm episodes between 2009 and 2015.

No one knows the exact cause. It could be their phones. Or their iPads. Maybe even, for some, their laptops.

In the last two decades, teen girls have had a huge increase in depression, self-harm, and suicide attempts.

Jean Twenge, a professor of psychology at San Diego State University and the author of iGen: Why Today’s Super-Connected Kids are Growing up Less Rebellious, More Tolerant, Less Happy—and Completely Unprepared for Adulthood is worried about us adults during the lockdown.

Though she’s never had Facebook page or an Instagram account, and regrets going on Twitter briefly to promote her book, she’s been on her phone a lot since the stay at home order was imposed. “I started to obsessively look at my news feed because it changes every hour. It’s like a slot machine,” she says. She is, I worry, two to ten days from discovering that there’s an app called Slotomania™ Vegas Casino.

Because no one has ever studied social media during social isolation—until me, right now, which I expect to be cited in JAMA for—Twenge isn’t sure how much our increased social media use will increase our anxiety. “The complaint most people have about Facebook and Instagram is that most people are on vacation. At least they’re not on vacation now,” she says.

Then I told her that my feed is filled with people doing things that make me feel way more inferior than their trip to the beach would. Terry Crews tweeted, “IM WORKING OUT ALONE 24/7 FOR 8 WEEKS STRAIGHT.” My friend Michael Green is learning to make pasta. Italians are singing arias out their window and I don’t even know what operas they’re from. Gal Gadot made a video of her singing John Lennon’s “Imagine” with Kristen Wiig, Jimmy Fallon, Natalie Portman, Will Ferrell, Sia, Norah Jones, and Chris O’Dowd. She did not ask me to participate.

All I’m doing is playing game after game of Monopoly. And losing.

Twenge isn’t surprised about what I’m seeing all day. “Even during an epidemic people have to use social media to one up each other. That’s what social media pulls for—to put up all the glamorous things you’re doing,” she said. “I suppose if people land themselves in the hospital they’ll still post.” It’s as if she doesn’t even follow Tom Hanks and Rita Wilson.

She explains that teens that are on social media for five hours or more a day are twice as likely to be depressed as those who are on less than an hour. I can’t image doing anything for five hours a day besides sleeping, but at this point I think I’m coming close thanks to my phone addiction. Twenge is deeply worried. “I am the most concerned about us running out of ventilators,” Twenge admits. “But this experience is going to tax almost everyone’s mental health.”

“I feel so gross at the end of the day. I feel so numb. That’s one of the worst feelings.”

To find out how to deal with this, I turned to a real expert. A teenage girl.

Lauren Wu, a 16-year-old daughter of my college roommate, tells me I indeed need to be careful.

She and her friends have been preparing for this moment for their entire lives. “I was checking my screentimes and the time I spent on my phone hasn’t changed that much,” she says. “On the weekend, I was already on the phone for most of the day other than practices for basketball.”

Despite all that prepping for the 21st century apocalypse, even she’s going crazy at home. “I miss having the option to see my friends,” she says.

Wu warns us Boomers—even if we’re Generation X, which is the same thing to them—that we will indeed become depressed if we keep this up.

“I need to have things in my life that are scheduled so I don’t just stay on my phone,” she says of her pre-lockdown life. “It’s really easy to not do anything but go on my phone all day long. I feel so gross at the end of the day. I feel so numb. That’s one of the worst feelings.”