Home Uncategorized Smoke Break: The Man Behind Prop 19 Tells Us Why The State’s... 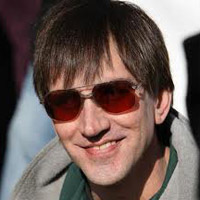 Just one month after California’s measure to legalize recreational marijuana use was narrowly defeated in 2010, Richard Lee, the Oakland-based activist largely responsible for the initiative, told us his fight to legalize cannabis was far from over. So what has he been up to these past two years, what’s his take on L.A.’s recent medical marijuana dispensary ban, and why, despite early plans to write a second proposition, is the issue of legalization not being put to California voters this November? Lee brings us up to speed

In December 2010, just one month after Prop 19 was struck down, you told me that a group of activists was at work on a pro-legalization initiative for November 2012—but there isn’t one on California’s ballot. What happened?
The funding didn’t come through to do an initiative this year.

Funding from who? Were you counting on contributions from individuals or organizations?
Well at the time I said that people from the Prop 19 campaign wanted to [get legalization on the ballot] again, and so they looked for funding wherever they could find it and didn’t get it anywhere.

Why do you think that is?
It partly had to do with the poll numbers, which hadn’t seemed to improve a whole lot, and also the fact that supporters wanted to run cheaper campaigns in smaller states. Now they are working in Colorado and Washington. Oregon has an initiative on the ballot as well, but that didn’t receive funding from the [same] national players.

Are you disappointed there isn’t a measure on the ballot this year?
It would have been great to have four states voting on legalization. Having California and the three other states would have made it a more difficult issue for the presidential campaigns to ignore, but it is what it is and I can’t say that I’m totally surprised because I do understand what a big campaign California is. Even if the campaigns in all three of the other states—Oregon, Washington, and Colorado—win, that will only take about as many voters as we got in 2010. That gives you an idea of the size of California compared to these other states.

In 2010 you said Prop 19 was a success because it moved the debate over legalizing marijuana forward. Now that two years have passed, how successful do you think it was long term?
Well, there were a lot of other reasons it was successful besides that. One is we got a lot of support from Mexico, Latin America, and Central America that we’re seeing now ripen. Uruguay has legislation to legalize marijuana now, and a number of other countries down there are calling for legalization. And then there are new allies we got on board with Prop 19 that are working on the current campaigns in Washington, Oregon, and Colorado. The NAACP came out for the first time and endorsed Prop 19 and they just endorsed all three of this year’s campaigns. In 2010 we only had support from NAACP’s California chapter and since then the national organization has come out in favor of legalization. We also got support from labor unions, and they are working on the new campaigns as well. Another good thing from Prop 19 was the decriminalization law that Governor Schwarzenegger signed after vetoing it twice before.

The debate over Prop 19 centered on the state’s finances and marijuana as a medicinal product. What issues are central to the debate today?
I think the economic issues are still big, especially with governments at all levels being broke. Here in Oakland we have 30% less police than we did before the economic collapse when they were working on increasing the police force. We have cities in California going bankrupt. The needs for taxes and to use law enforcement more wisely are still big.

A dispensary ban was momentarily suspended last week after a petition collected 50,000 signatures. What does that tell you about what’s happening in Los Angeles?
The war is going on. This is a big issue with the country roughly divided, and people believe very strongly on each side and neither side has given up. As for how successful the crackdown will be—because even with the signatures the city can still say there are no dispensary permits—with 1,000 stores open it’s going to be pretty hard to close them all. New ones will open as fast as they close. Law enforcement only works when most people want to follow the law. Once 50% of the people don’t see something as illegal, it gets difficult to police it.

What about you? Are you still working behind-the-scenes for the legalization?
I’m looking at writing a book about my experiences and just trying to help the campaigns whichever way I can. I’m not too involved, but I am trying to help.

*An earlier version of this post reported the city would enforce the marijuana dispensary band with help from the D.E.A. On Wednesday, City Attorney Carmen Trutanich’s office confirmed the ban would remain suspended while the City Clerk worked to verify petition signatures.