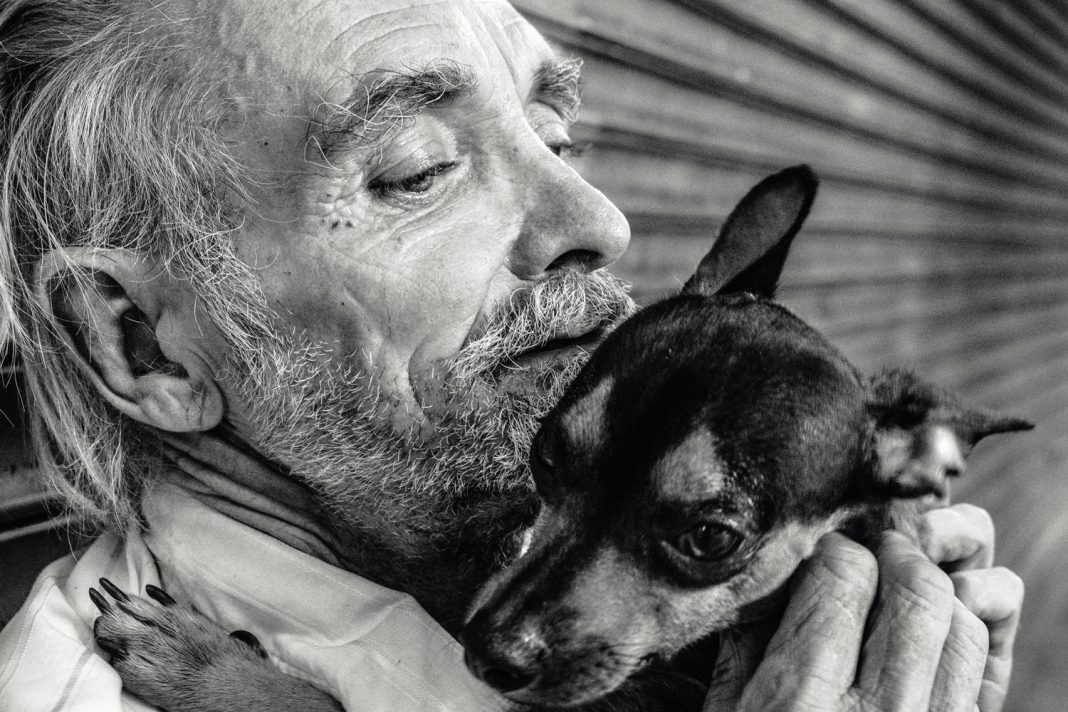 Social media has an algorithm that censors, so it’s only the pleasant things that we see,” says street photographer Suzanne Stein, who has spent the last five years making intimate portraits of homeless people living in Skid Row. “And that’s a serious problem for all of us—that we allow ourselves to be lied to about the most important things. But we’re living in a time now when we need to see the truth.”

Stein, a self-described staunch social realist who was a figurative painter before she discovered photography, was raised by her father in Pennsylvania in the ’70s, one of very few Jewish children in a racist town, and that set her apart. During those years, Stein read about apartheid, slavery, and the holocaust on her own, and discovered W. Eugene Smith’s book of beautiful, horrifying black and white photographs of people with mercury poisoning in Minamata, Japan. “That aesthetic stayed with me.”

But it was when Stein found herself set apart again—broke and raising a young son alone in a wealthy area of Del Mar—that she stumbled upon Skid Row while out for a drive. “I’m not looking to take postcard pictures of people on Skid Row,” she says. “That’s a crock of shit. Sometimes my camera angles are funky and the people that I photograph are kind of wild and funky and they cut loose and I take pictures of how they are. If you don’t show what their life is really like, then it’s just another big lie.” She adds, “We think of documentary photography as being in Tanzania or Libya or rape victims in the Congo. Well, documentary photography is every bit as important in the United States.” —Trish Deitch

Crocker between Seventh and Eighth

Gary had given Doreen roses that day. Doreen loved to be photographed, and was very generous and open about her life on the street. She has an intense energy that can transform mundane happenstance into a blaze of glory in a photograph. It was very important to both of them that I record their love in a hyper-realistic manner. That was an amazing day with them and, unfortunately, the last time I was able to photograph Doreen.

Jennifer was the first person I photographed in a meaningful way on Skid Row. Since then, I’ve routinely checked on her, each time finding her in an increasingly worse state. She once described herself to me as mentally handicapped. She recounted countless instances of childhood bullying, as well as tremendously violent intimidation in Skid Row. She was robbed regularly by a woman across Towne Avenue, and once returned to find even her tent gone. She was gentle and never raised her voice. The wound in this image is from a woman who flew into a rage one night and attacked her with a knife. Jennifer has since passed away.

Christine read Baudelaire to me one afternoon on Crocker Street. She’s poetic and creative and used to be seen often with a shopping cart full of flowers. She had a gray tabby cat that was stolen from her by an unknown thief and the loss haunted her. Her life before Skid Row had been destroyed by severe physical and emotional abuse as a child and a diagnosis of schizophrenia in young adulthood that was never adequately treated. She is impaired by severe paranoia and heroin addiction, and I have been unable to locate her for a long time. Someone told me she’scurrently too dangerous to be in a friendship with, and is living alone beneath a highway overpass.

Spring between Sixth and Seventh

Four years ago, a man was beating a small dog on San Pedro Street, kicking him repeatedly, causing a head injury that eventually resulted in a permanent raised lump on his skull. Larry intervened, begging to be allowed to take the dog and care for him. Larry managed to rescue Rebel that day, and they’ve been inseparable ever since. Rebel is Larry’s greatest treasure, and Rebel is deeply attached to him. Larry and Rebel panhandle for extra cash. Larry lost his room in an SRO shortly before lockdown.

This was the second time I met Victoria. I had photographed her once before, on the day I met her by chance at the Chinese restaurant at Seventh and Main. On that day she was irresistible and in full performance mode—full of laughter, honest, brazen, and in your face. Then, as usual on Skid Row, she disappeared for weeks. I was overjoyed to literally bump into her at this spot, a block away from the absolute craziness that was Fifth and San Pedro. She was riffing wildly, barely coherent in spots, incessantly smoking, looking almost as if she was headed to the beach, and telling me everything that came into her mind. And then a sudden quiet overtook her, and I was able to photograph her in her beautiful silence. Victoria has helped make Skid Row an easier place for me to navigate safely, as she has introduced me to important people in key spots, telling them to watch out for me. I’m always safe in her presence.

Third between Los Angeles and Main

Shortly after this picture was made, Genevine and Henry had a disagreement with someone in a nearby tent and were forced to relocate their small homestead for fear of having their belongings set on fire in the middle of the night while they slept. The couple has taken care of each other on Skid Row for years, even through their battles with opioid addiction.

India is young and strikingly beautiful. She suffers from significant mental illness along with a movement disorder that periodically causes her to display a kaleidoscope of randomly changing facial expressions. These movements cause her to become at times a target of abusive behavior by people who are unable to understand that the behaviors are beyond her control. Along with many others on Skid Row, she is made more vulnerable by her addiction to drugs that she feels alleviate her symptoms. At the time this image was made, India could be seen often walking the streets barefoot, clad in only a T-shirt, unable to perform basic personal care. Additionally, women like India are sexually assaulted on a regular basis. As I took this photo, she spoke to me in a very fragmented manner about her most recent attack, and her distress resulted in a sudden gush of urine that pooled at my feet.

I followed Bridget on a typical day as she rolled through Skid Row with her shopping cart, climbing into dumpsters to sift through horrific piles of garbage, looking for anything recyclable. It’s an incredible cardio workout, pushing massive amounts of discards through the streets at top speed to get through the neighborhood with as little strife as possible. Bridget lives deep within Skid Row, on a street known for an unlikely assortment of activities: free food for the neighborhood, drug sales, and other awful goings-on that are rarely acknowledged. Bridget works equally hard to keep her tent and its surrounding area squeaky clean and comfortable, and has for years resisted theft, bullying, and numerous attempts to make her life miserably difficult.

RELATED: Organizations Working Hard to Help the Homeless in L.A.