Home Outdoors Six Excellent Ways to Cross the City on Foot Without Running the... 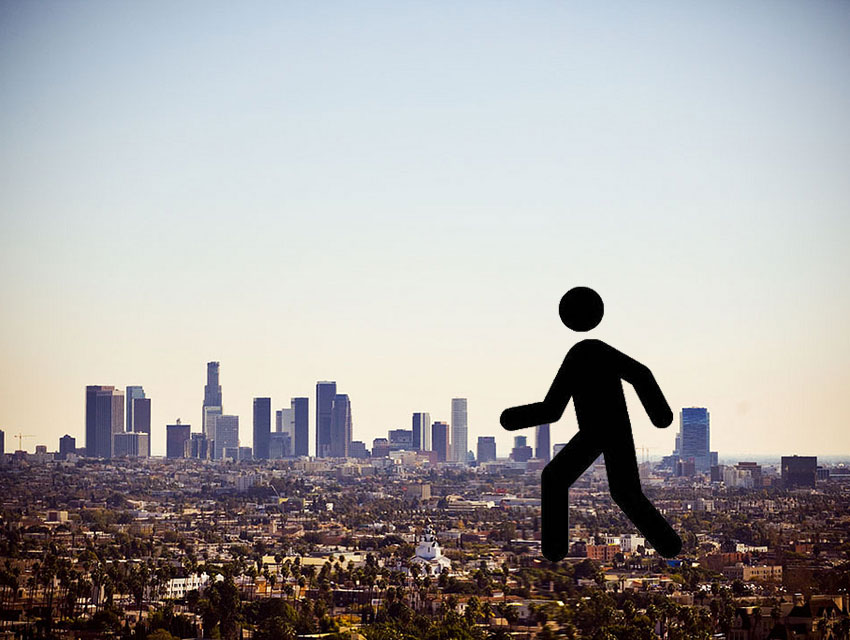 The LA Marathon is taking place on Sunday. Typically, that means heavy traffic and bus re-routings for everyone who isn’t racing to the finish line. But it’s also a moment of inspiration: This is a chance to have your own Los Angeles Marathon. How? By hitting the pavement and exploring a stretch of town you’ve not walked before! Without the barrier of a car window (or the threat of runner’s knee), you can experience the city’s attractions in a whole new way.

Not sure where to start? Here are six suggested routes:

The Exposition Boulevard Marathon: Start at the fabulous but often overlooked Exposition Park rose garden and wander west to see where the Metro is headed. I also suggest dipping South for a bite at Post & Beam and catching Papillon’s amazing Lakwena Maciver show.

The Wilshire Boulevard Marathon: Starting at LACMA head east. From the La Brea Tar Pits to the Wiltern and from Koreatown to downtown, you’ll encounter the city’s old and new spirits colliding. This strip is particularly friendly for grabbing a bus and features cool pit stops like The Line and Langers.

The Fairfax Avenue Marathon: The north-to-south answer to Wilshire’s west-to-east march, Fairfax Avenue from Sunset Boulevard all the way down to where it kisses La Cienega Boulevard is a treat. The biggest appeal of this long walk is the multiple areas it crosses (Hollywood, West Hollywood, Little Ethiopia, and Culver City). You will also pass plenty of cool shops and places to eat. Need a lift on the return trip? Hop onto the 217 or 780. They’re two of the best buses in the city.

The Venice Boulevard Marathon: Start in Culver City on Venice Boulevard near La Cienega Boulevard. Peruse some galleries and head west toward attractions like Helms Bakery and the Museum of Jurassic Technology and culinary stops like Howard’s Big Burger and Oldfield’s Liquor Room. You’ll be glad to make it to Abbot Kinney for two reasons: There are a ton of shops and you won’t have to circle for a hard-to-find parking spot.

Santa Monica Boulevard/Sunset Boulevard Mega-Marathon: Thinking of making a full day of it? Travel the L.A. Marathon route loosely in reverse, starting in Santa Monica on Santa Monica Boulevard and taking Sunset Boulevard toward downtown. This is the kind of marathon to enjoy with friends–just begin the journey with a beachy British breakfast at Ye Olde King’s Head and cap it off with traditional cocktails at Traxx. “That’s going to take me like three days!” you say? No. It’s actually a little over a six hour walk.