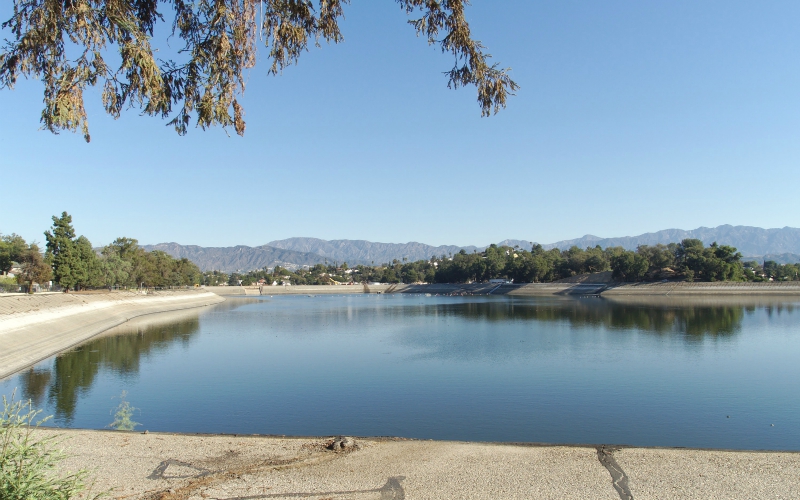 From the summer of 2015 to the spring of 2017, the Silver Lake Reservoir sat empty, which gave interested Angelenos—urban planning buffs and NIMBYs alike—nearly two years to debate what should become of a concrete expanse that would no longer be used to hold drinking water. (The water reserve now lives underground, which probably makes more sense, what with evaporation and the ever-present risk that someone would pee in it.) Some people wanted it to be converted to a greenspace; others wanted it to be turned into a lake with a permeable basin, an actual, viable ecosystem for fish and birds that people could also use for recreation, not unlike Echo Park Lake.

Alas, the city took what seemed like the path of least resistance, and filled the basin back up with water. It wasn’t the most thrilling idea (in fact, it’s been criticized as wasteful), but the reservoir is no longer an eyesore and city agencies are continuing to make improvements to the surrounding area to make it function as a recreational space, at least a little better than it previously did.

As part of those efforts, the L.A. Department of Water and Power and Councilman Mitch O’Farrell are hosting a grand opening of a new walking path around the south bank of the reservoir on Saturday, February 10. The so-called South Dam Walking Path, part of the 2000 Silver Lake Masterplan, stretches from an entrance gate at Silver Lake Boulevard and Rockford Road, west along the reservoir and behind the dog park, to another gate on W. Silver Lake Drive. New fencing has been installed and 33 trees were planted along W. Silver Lake Drive.

According to O’Farrell’s Facebook event invite, Mayor Garcetti, Assemblywoman Laura Friedman, and Congressman Adam Schiff will be on hand for the 10 a.m. ribbon cutting.

RELATED: Silver Lake Reservoir Is Going to Be Refilled in April (Finally)