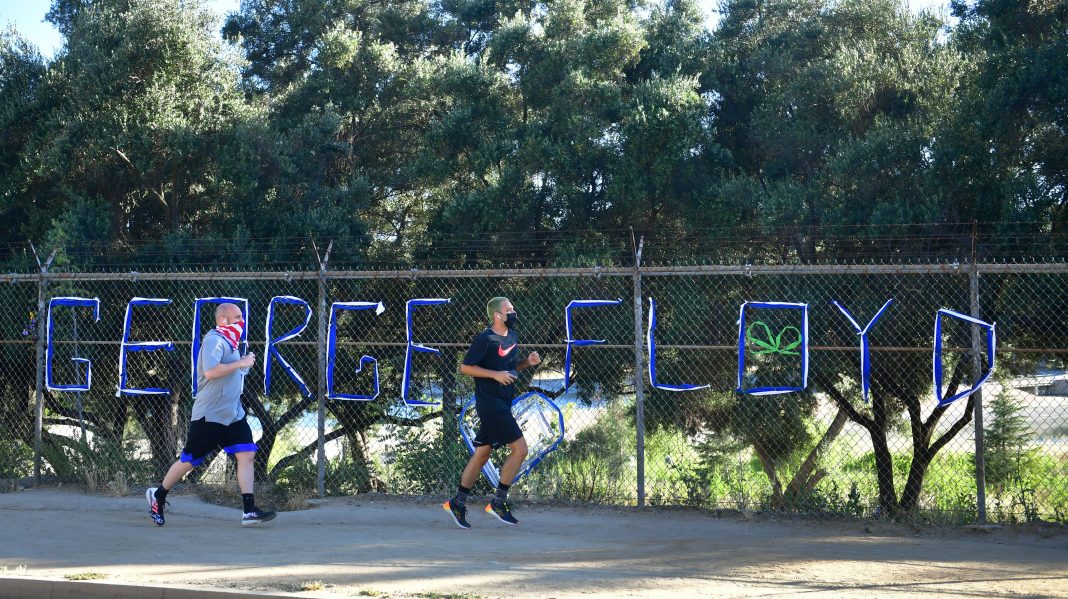 In June, a group volunteers gathered at the fence around the Silver Lake Reservoir to create a 2.2-mile-long memorial to Black people killed or harmed by police in the United States. Called “Say Their Names: Silver Lake Memorial,” the community art project used bits of fabric and other materials to weave the names of more than 100 people into the chain link fence. Now, the memorial is coming down.

“I feel really sad, because it just deserves more time. There’s been so little done in terms of policy with the LAPD. And I feel there shouldn’t be an end to memorializing these people who have been so forgotten,” Micah Woods, one of the memorial’s co-organizers, told the Los Angeles Times.

Organizers of the project point out that the memorial has been a way to put the names of the dead in a place where residents of the largely affluent and white neighborhood would have to see them while out for a jog or taking their pets to the dog park.

“It’s something people are forced to reckon with on their daily walks,” Woods told the Times.

While they hoped it would stay up longer than it has, the project’s creators note that it was never intended to be permanent. A smaller group of volunteers will return to the Silver Lake Reservoir to cut down the ribbons and zip-ties in the coming days.

Going forward, they hope to find a way to create some kind of permanent memorial–with city permission, next time.

RELATED: The LAPD Officer Who Shot Daniel Hernandez Is a Firearms Influencer—and Daughter of a Powerful Police Union Figure