Home Environment Can a New App Save Lives When the Big One Hits? 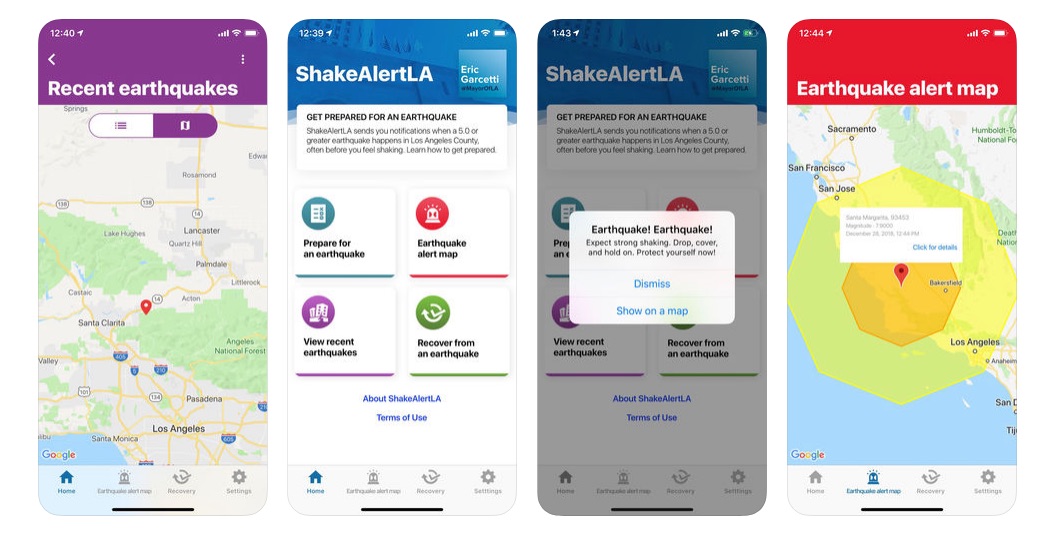 We all know that the Big One is coming, but it would really help to know when. We’ve got busy lives to schedule–and also would like to avoid being in the wrong place when a catastrophic seismic event tears the very ground from beneath our feet. At long last, there’s an app for that. Well, sort of, anyway.

The just-launched ShakeAlertLA will send push notifications to users as soon as shaking that indicates an event of 5.0 magnitude or greater is detected. Depending on how far you are from the epicenter, that could give you up to a minute to seek shelter. Not a huge head start, but it could be just enough time to get out of harm’s way and assume a brace position.

ShakeAlertLA is the result of a partnership between the City of Los Angeles and the U.S. Geological Survey’s ShakeAlert system. That system has 400 sensors in California, Oregon, and Washington, which will supply the seismic data. The city spent about $300,000 for AT&T and the GRYD Foundation to build an app that can turn the data into mobile alerts.

**Just launched** If you live in Los Angeles, download the #ShakeAlertLA app to get notified during the critical seconds before an earthquake hits. https://t.co/AgCXLDuzWO #ThursdayMotivation pic.twitter.com/MLBKfLAsXQ

The county announced the app’s arrival in the iTunes and Google Play stores with a Twitter post on Thursday (featuring the hashtag “Thursday Motivation” which we guess means… motivation to take precautions against natural disasters to the best of our limited abilities in an unpredictable world?).

Apple App Store reviews of ShakeAlertLA raise some questions about the stability of this initial version of the technology; multiple users complain of crashes upon launch or other functionality issues. Another concern that’s been raised online is what will be done with user location data collected through the app. ShakeAlertLA requires users to enable location tracking to deliver relevant push alerts, but not everyone is comfortable handing over that personal information to what’s essentially a government program.

Even an ideal version of the app would be no replacement for good emergency preparations. For some background, KPCC recently released an audio documentary about the implications of a major quake.

RELATED: What To Do If You Are Driving When an Earthquake Strikes