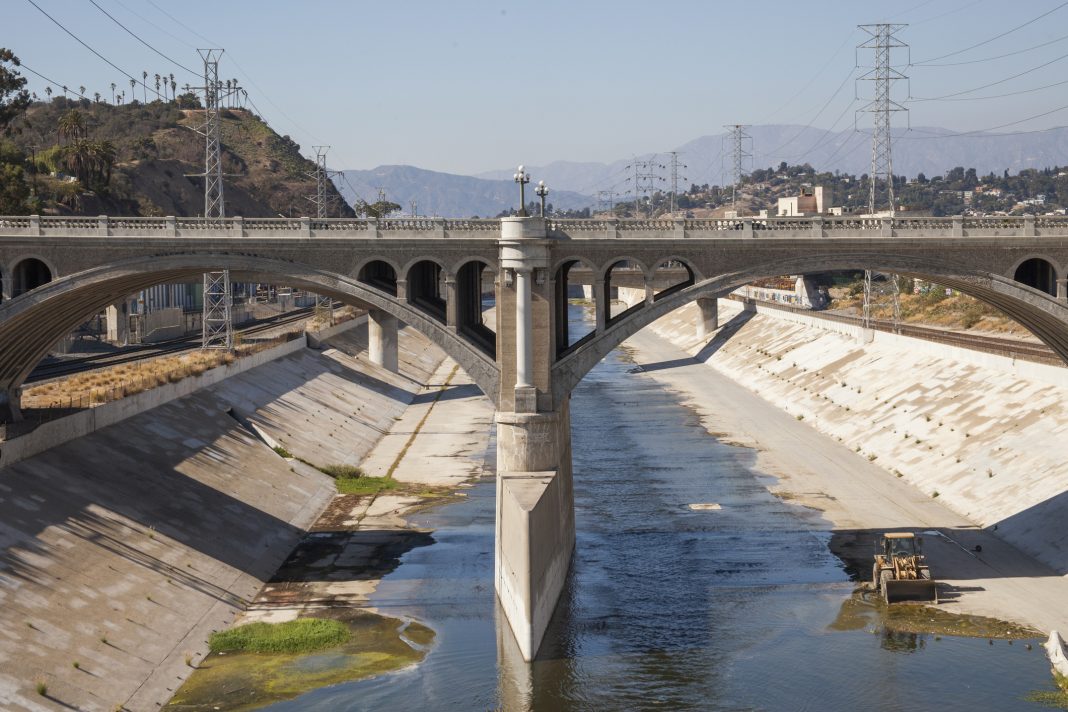 Most of Los Angeles and Ventura Counties, along with sections of Riverside and San Bernardino Counties, have reached conditions that qualify as “extreme drought,” according to a new report from the U.S. Drought Monitor. Orange County and the southernmost tip of L.A. County are a step lower, classified merely as “severe drought.” 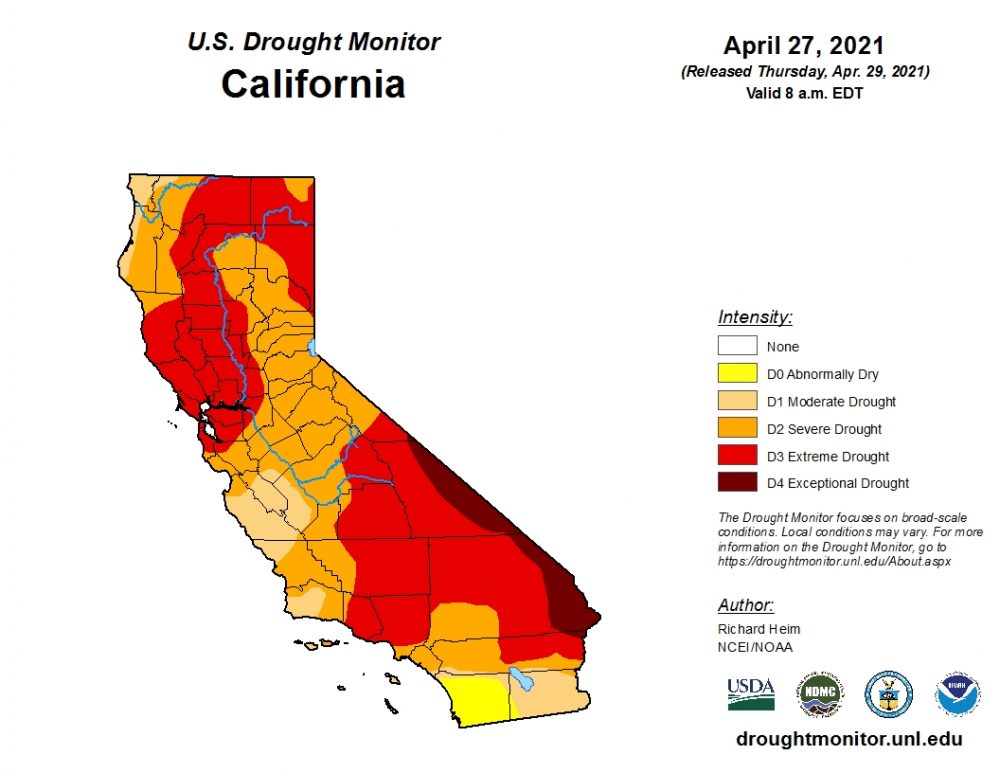 The report contains a list of “historic impacts” associated with each drought tier, noting things that have occurred in previous years. For the extreme level, that includes a dramatic drop in reservoir and aquifer levels, the implementation of water use restrictions, and impacts on wildlife and agriculture.

It also creates a greater likelihood of frequent, intense wildfires, noting “fire season lasts year-round” and “fires occur in typically wet parts of state” as historically observed impacts. At the next tier up, “exceptional drought”–a status already impacting eastern San Bernardino county–the fire threat increases even more, with the report describing a “very costly” fire season, during which the “number of fires and area burned are extensive.” Increased outbreaks of West Nile Virus have also been associated with the extreme drought tier.

Outlook forecasts provided by the National Oceanic and Atmospheric Agency that extend through July 31 show no projected improvement in the region’s conditions–and indicate that some areas farther south—including San Diego County—that are currently experiencing only “abnormally dry” conditions rather than an official drought, may worsen into drought status. 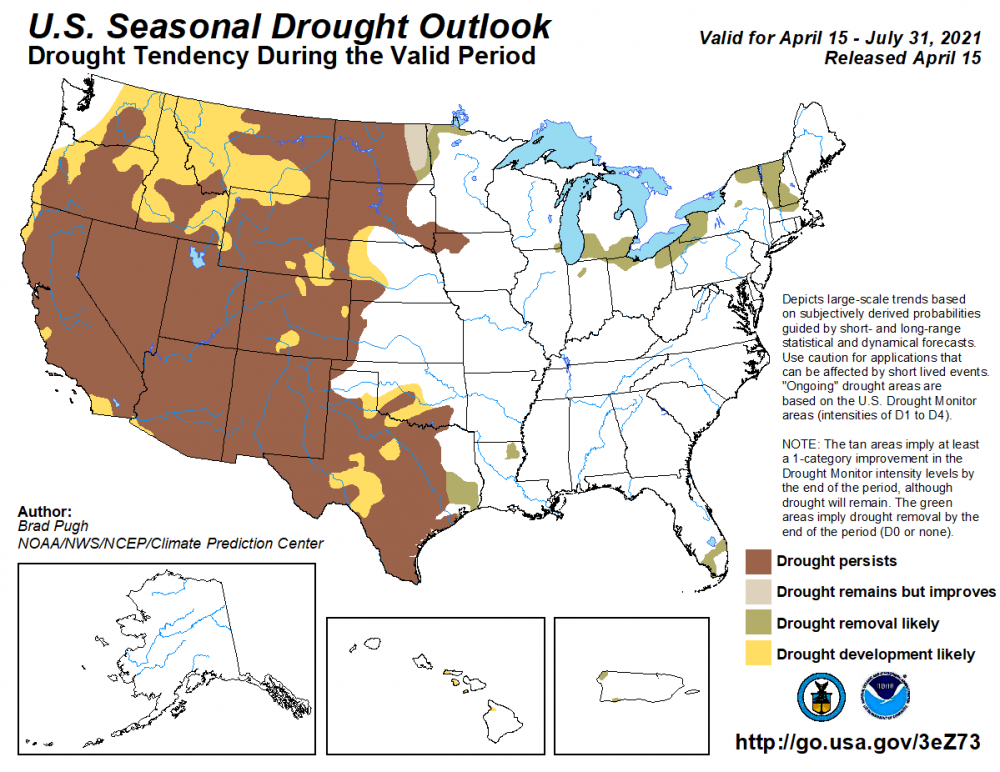 Want to Eat Less Meat Without Going Cold Turkey? There’s an App for That