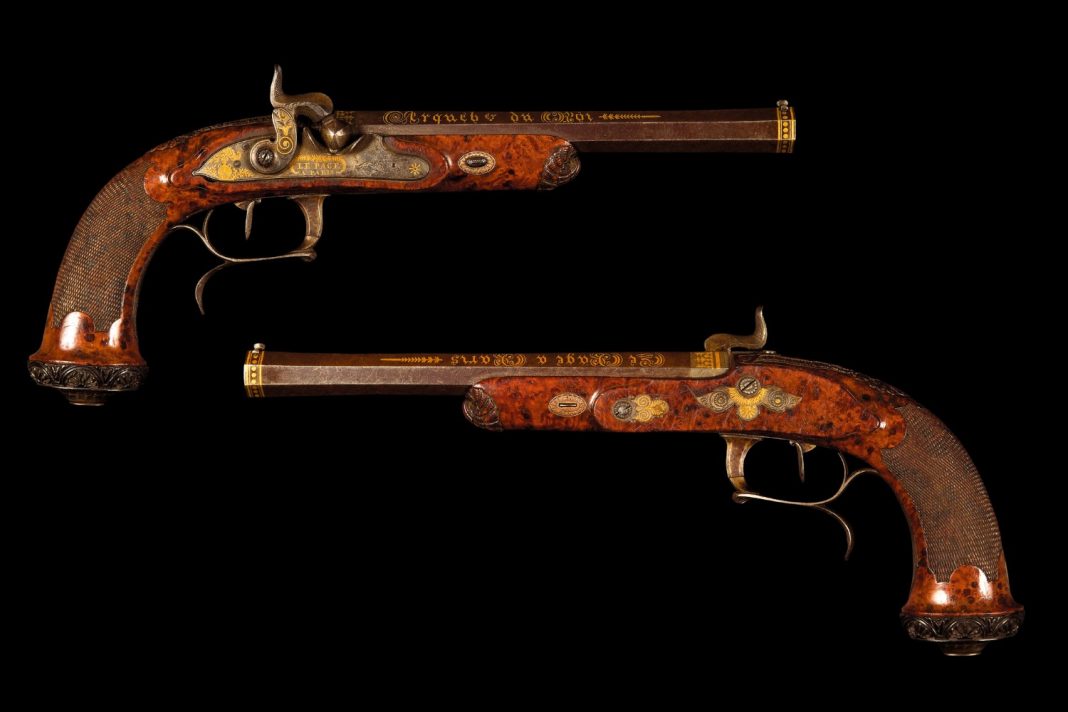 The U.S. Senate passed what could be the most sweeping gun reform bill in decades on Thursday, even as the U.S. Supreme Court just made it a whole lot harder for certain states to restrict the concealed carrying of firearms.

First, the Supreme Court on Thursday struck down a New York law prohibiting residents from carrying concealed firearms in public unless they can prove “proper cause.”

In a six to three ruling, the majority found that the law violated the Second Amendment right to bear arms. It’s an interpretation of the Constitution that will disappoint many gun control advocates, and will clear the way for legal challenges in states with restrictions similar to New York’s—namely, California, New Jersey, Maryland, Massachusetts and Hawaii.

In the majority opinion, Justice Clarence Thomas wrote for the six conservative judges that Americans have a right to carry “commonly used” firearms in public for their own defense.

“The constitutional right to bear arms in public for self-defense is not ‘a second-class right, subject to an entirely different body of rules than the other Bill of Rights guarantees,’” Thomas wrote. “We know of no other constitutional right that an individual may exercise only after demonstrating to government officers some special need.”

The majority emphasized, “This Second Amendment standard accords with how we protect other constitutional rights.”

Justices Elena Kagan, Sonia Sotomayor and Stephen Breyer wrote in their dissenting opinion, penned by Breyer, “Since the start of this year alone, there have already been 277 reported mass shootings—an average of more than one per day.”

The dissenting justices also noted, “Consider, too, interactions with police officers. The presence of a gun in the hands of a civilian poses a risk to both officers and civilians. Amici prosecutors and police chiefs tell us that most officers who are killed in the line of duty are killed by firearms; they explain that officers in States with high rates of gun ownership are three times as likely to be killed in the line of duty as officers in States with low rates of gun ownership.”

President Biden said Thursday that he was “deeply disappointed” and that court’s ruling “contradicts both common sense and the Constitution, and should trouble us all.”

On the other hand, the Senate managed to pass gun control Thursday in a 65 to 33 vote, with all 50 Democrats and 15 Republicans—including Minority Leader Mitch McConnell of Kentucky—joining in, NBC News reports.

The law will offer grants to states for “red flag” laws and crisis prevention programs, as well as enhancing background checks for people ages 18 to 21, allowing access to juvenile records that have previously kept disqualifying information private. It also seeks to close the “boyfriend loophole” by keeping guns away from non-spouse dating partners convicted of abuse, with caveats to restore their access under certain circumstances.

“While this reckless decision erases a commonsense gun safety law that existed for decades, California anticipated this moment,” Newsom said in a press release Thursday. “Our Administration has been working closely with the Attorney General and the legislature for months. Our state is ready with a bill that will be heard next week to update and strengthen our public-carry law and make it consistent with the Supreme Court ruling, just as Chief Justice Roberts and Justice Kavanaugh said states like California are free to do.”

Newsom further declared, “Next week, I will have 16 new gun safety bills on my desk, including a bill that will allow individuals to sue gun makers and distributors for violating certain gun laws. I look forward to signing all of those bills. California has proven that commonsense gun laws save lives, and we will continue to stand up to those in political power who enable and coddle the gun industry.”

Weary of ‘All this Bullshit,’ Howard Stern Mulls Presidential Run