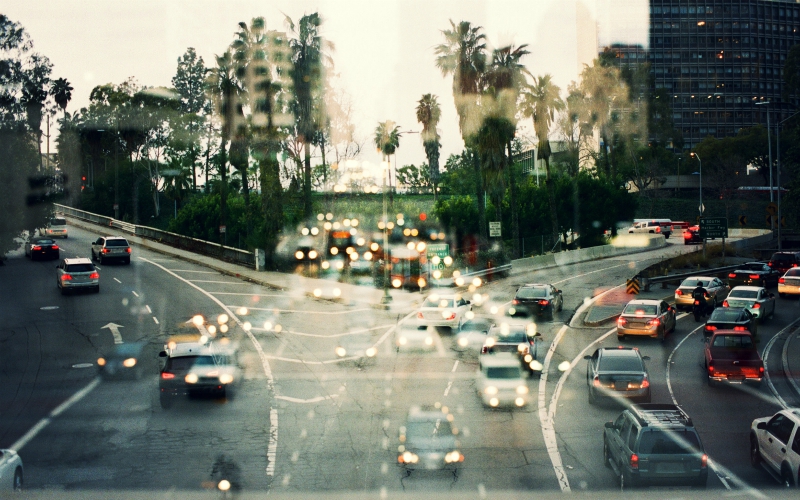 At the Petersen Automotive Museum’s first-ever Future of the Automobile conference on May 3, much of the discussion revolved around autonomous vehicles and how they’ll change our lives.

Car culture is a huge part of life in Los Angeles, and it’s hard to imagine that we’re all going to sit back, relax, and let robot cars take us where we need to go. But according to the experts at the event, which was co-presented by the Los Angeles World Affairs Council, we might as well get used to the idea.

Jeffrey Cole, Director of the Center for Digital Future at USC, says, “Driverless cars aren’t just coming. They’re here.” He explains that driverless cars are classified from Level 0 to Level 5. “Level 0 is the car you or your parents drove their whole life. They have no driverless features at all—100 percent driver-controlled.” From there, “[t]hey go all the way to Level 5, which don’t even have to have a steering wheel.”

Cole’s car is a Level 3. He says, “I can drive from L.A. to Las Vegas without putting my foot on the pedal or my hand on the wheel.”

Yes, but is that a safe way to travel? While the general public still views autonomous vehicles as dangerous, car experts believe they’ll be better at driving than humans.

Ashley Hand served as the Transportation Technology Strategist for the L.A. Department of Transportation before cofounding CityFi, a company that helps cities adapt to technology in ways that put people first. She says, “The mobility community is talking a lot about what the future of autonomous vehicles looks like, because we see the 40,000 people who lose their lives every year on our roads due to traffic violence as a major public health issue.”

Cole says the number of traffic-related deaths had been going down for several years because of airbags. Now it’s going back up because of texting. With driverless cars, he expects the number of annual deaths to drop dramatically to single or double digits.

While there will still be weird accidents, he says, “It’s the end of texting and driving, drunk driving, road rage, and the awkward conversation with your parents or grandparents when you have to take the car keys away. It allows the blind to get around as easily as anyone else.”

Self-driving cars may not be the only autonomous vehicles on L.A. streets. Hand wants the L.A. DOT and Metro to consider introducing autonomous public transit vehicles such as shuttles and buses. She says, “Los Angeles hit 4 million people and it continues to grow. We can’t keep building roads to accommodate more cars on the roadways. We have to start moving people more efficiently on the roads we do have.”

The movement toward autonomous vehicles has already begun. In April, California announced regulations that allow approved self-driving car companies to transport passengers without having a driver behind the wheel.

Hand says, “They didn’t get a flurry of applications when the state regulations went into effect, but I do believe that we will see testing on the streets of Los Angeles within the next year or two years, easily. There’s a lot of interest in testing in real world environments.”

“There are people who will say, ‘You’ll take my guns before you take my car,’ but I think we will take people’s cars away.” —Jeffrey Cole

A few years after that, Cole believes driverless cars will be changing the world. “What I think’s going to happen in L.A. in 2023, 2024, is you’re going to have an app, you’ll call for a car, a car will show up within five minutes—more reliably than Uber. It will pick you up at home, take you to work, to school, to the museum, to the movies… anywhere you want to go.”

Los Angeles won’t experience the full benefits of driverless cars until human drivers are off the road. Cole says that probably won’t happen for 20 or 25 years. “There are people who will say, ‘You’ll take my guns before you take my car,’ but I think we will take people’s cars away. You may love riding a horse, but you can’t ride a horse down Wilshire Boulevard. You have to go to a farm or a ranch. I think in 25 years, if you want to drive a car, you’ll go to a track, where you’ll be able to sit behind the wheel.”

Instead of dealing with the hassles of car ownership, Cole says, “I believe we’re going to have monthly contracts for our subscriptions to cars. I think we’ll choose between four levels of cars—Toyota Corolla level, family sedan, SUV, and luxury car.” Down the line, when we have nothing but driverless cars, he expects the whole design of cars to change. “It’s not going to be a bench between a front and a back seat. It’s going to be like a living room, with couches or chairs and big screens. Some cars will be set up as offices for people who have to do work if they’re going from L.A. to San Diego or San Francisco.”

The next time you’re on the freeway, sitting in a line of traffic and staring at the bumper in front of you, ask yourself—do you really love driving? Or would you rather let a robot take the wheel while you watch Black Mirror?