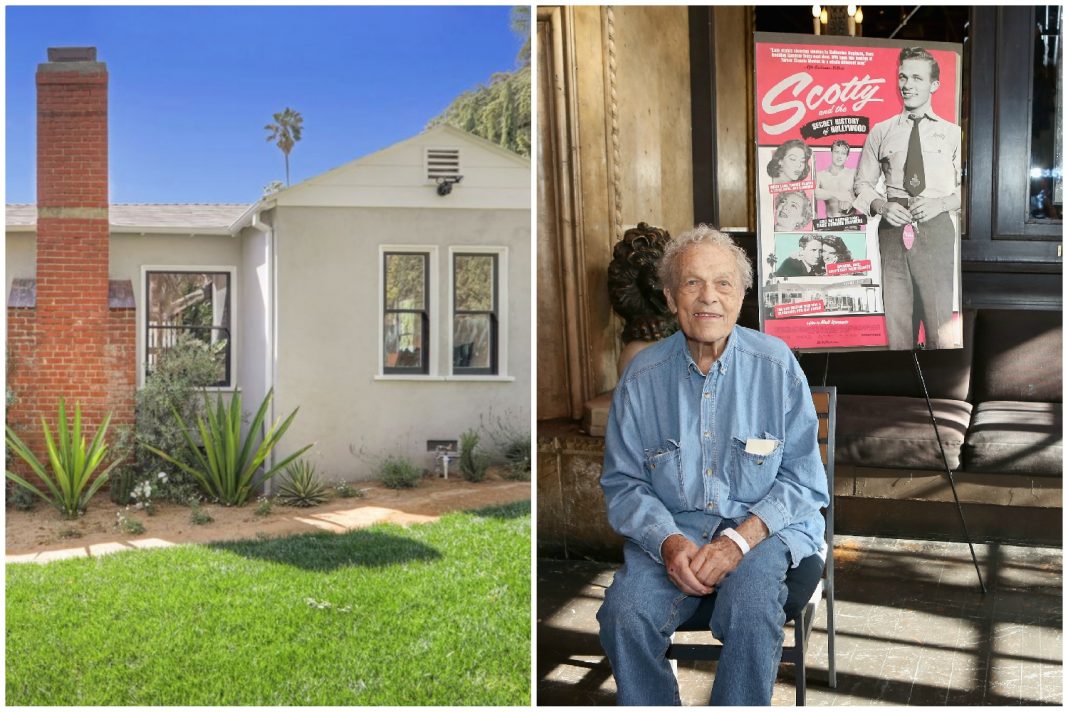 Scotty Bowers, former owner of a brothel that catered to classic Hollywood’s biggest stars, is still kickin’ at 95. (You can check out his Twitter account here.) He’s a legend among those intrigued by Hollywood’s celluloid closet, having allegedly arranged homosexual trysts for some of his era’s most iconic movie stars, including (he claims) Katherine Hepburn, Spencer Tracy, and Ava Gardner—all from the back of a gas station-turned-brothel at Hollywood and Van Ness.

And now, a piece of Bowers’s hedonistic history can be yours for a mere $1.497 million. The one-story house, in the Hollywood Grove section of Los Feliz, officially went on the market a few days ago, offering wall-to-wall hardwood flooring, a spacious front yard, modern appliances and, likely, more than a few scandalous stories to tell.

Bowers was willed three properties by the actor Beach Dickerson, though it’s unclear whether the Los Feliz property was a gift. In any case, it’s a far cry from the trailer Bowers set up behind his gas station, which housed two king size beds and a revolving set of celebrity clients—as detailed in Bowers’ 2012 memoir Full Service. (As the former Marine grew his black market business, he eventually expanded to the motel across the street to meet demand.)

Bowers is a SoCal boy—before his documentary Scotty and the Secret History of Hollywood premiered in Toronto, he hadn’t hopped on a plane since the 1970’s, he told Vanity Fair—so we’re sure he’s staying in the area. If a modest swimming pool, brick fireplace, basement gym and naked ghosts of Hollywood’s past sound intriguing to you, you can check out the official listing for his former abode here.

RELATED: The Story of How West Hollywood Came to Symbolize LGBTQ L.A.