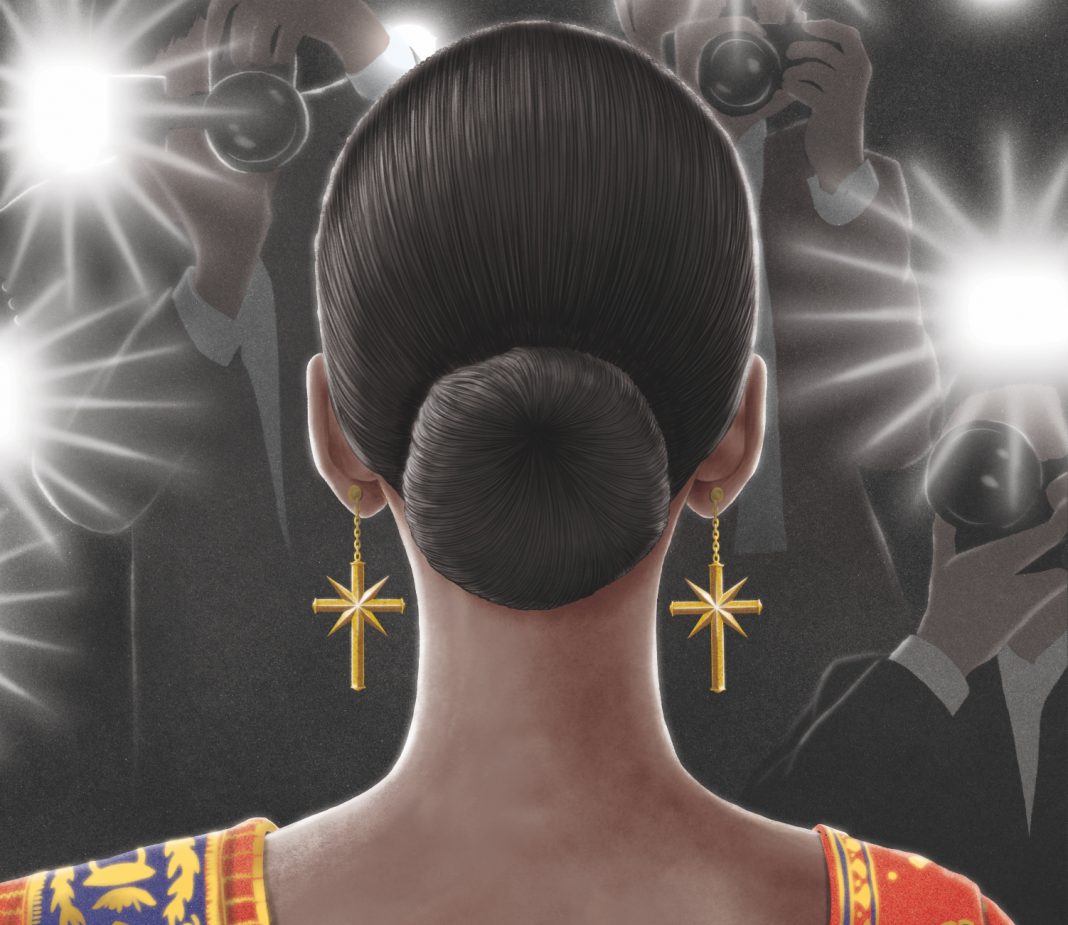 Last March Isabella Cruise made a rather controversial debut. The formerly press-shy daughter of Tom Cruise and Nicole Kidman appeared in a much-talked-about recruitment email for Scientology London. The message included her smiling face in a photo and her gushing about her auditor training. “It was exactly what I needed. … We all need to do this,” the email read. “Thank you to my Dad for everything.”

“I was shocked,” says Tony Ortega, coauthor of Battlefield Scientology: Exposing L. Ron Hubbard’s Dangerous ‘Religion,’ who found it startling that the 26-year-old had received such an advanced level of training—and was being so public about it.

Cruise’s testimonial comes as the church is struggling with a dwindling flock and an increasingly negative reputation in Hollywood thanks to high-profile defectors like Oscar-winning director Paul Haggis and actress Leah Remini. According to Ortega, Scientology’s numbers peaked in the early ’90s with roughly 100,000 members worldwide, but membership has recently dipped to about 20,000. (A Scientology spokesperson vigorously denies this, claiming the church has “millions of parishioners in 167 nations, a third of whom are in the U.S.”)

In the ’90s and early aughts, Tom Cruise, who Remini has said is “considered a deity within Scientology,” used to regularly proselytize for the church. Several years ago he encouraged the children he adopted with Kidman—Isabella and her 24-year-old brother, Connor—to become deeply involved with the church, alienating them from their mother. (Kidman is reportedly barred from Connor’s upcoming wedding because she isn’t a Scientologist.) These days, while Cruise remains closely connected to the church, he isn’t as vocal about his beliefs as he once was. “[Cruise] is much more careful about how he talks about it, if at all,” says an industry insider who has worked on several projects with Scientology-associated stars. “People have gone underground. Once you’re labeled a Scientologist, you run the risk of it defining you.”

Celebrities have long played an outsize role in Scientology’s rise. The media-savvy Hubbard recognized early on that famous people were a potent lure to attract new members. He assiduously catered to stars and established well-appointed “Celebrity Centres” in various cities, including one housed in a grand Hollywood hotel that once hosted Bette Davis and Clark Gable. Not long ago the church’s roster of A-list converts, like Cruise, John Travolta, and Kirstie Alley, gave it a certain showbiz cachet and was crucial to its recruitment efforts. But these days those stars aren’t nearly as bright as they used to be. Travolta’s last four films were critically panned, while Alley is now best known for her weight struggles. Younger celebs like Elisabeth Moss, Juliette Lewis, Beck, and Erika Christensen, all of whom grew up in the religion, aren’t as vocal about their involvement. “There was a perception at one time that young actors could advance their careers if they got involved with Scientology. That’s not the case anymore,” says Ortega. He says public opinion of the church began to plummet around 2005, during Cruise’s manic press tour for War of the Worlds. The actor’s sometimes bizarre advocacy on shows like Oprah made headlines and damaged the church’s reputation. Nowadays, Ortega says, being associated with Scientology is considered a career liability, even among fervent believers.

So what’s a controversial religion to do when it starts sputtering in America? It looks abroad. On New Year’s Day, church leader David Miscavige cut the ribbon on an elaborate new African headquarters in a sprawling castle outside of Johannesburg, South Africa. “Today you are witnessing history,” he declared.

Latin America is another target. In January the New York Post reported that Mexican TV star and pop singer Michael Ronda, 22, is one of a growing crew of Latin stars making the rounds for Miscavige and company. Colombian actress Maria Lara is also a budding disciple. Last year she appeared in a video praising Miscavige, calling him a “perfect standard of life.” A fellow Colombian, comedian Andrés López pops up frequently in Scientology videos. Venezuelan actress Ruddy Rodríguez traveled to Hungary in 2017 to support a church march.

When it comes to choosing which celebs to court, Ortega claims Scientology handlers gravitate toward stars who might be vulnerable due to emotional or psychological trauma. Bindi Irwin, the 20-year-old Dancing with the Stars champ and daughter of late crocodile hunter Steve Irwin, was rumored to be a candidate. Irwin’s rep denied the reports, but some note that Bindi’s grief over her father’s death, along with her family’s fame in Australia, would have made her a prime recruit.

The church doesn’t just capitalize on personal tragedies. It often shows up after natural disasters and other catastrophes. After the massacre at a Christchurch, New Zealand, mosque in March, Scientology volunteers passed out Hubbard’s The Way to Happiness, which is printed in 117 languages. A church spokesperson boasts that Scientology’s mobile ministers have provided assistance at a number of recent major disasters, from the Indonesia earthquake to the Uganda mudslides to the California wildfires. But Mark Ebner, a journalist and longtime Scientology critic, has a more cynical take on their work. “These are recruiting expeditions on the most vulnerable,” he says. Ebner suspects that Scientology is focusing its efforts in places where people have less access to information about the church’s extraterrestrial beliefs and human rights abuses.

Eastern Europe has been fertile ground, too, but Katrina Reyes, a former Scientologist who was born in Uzbekistan, says it’s the promise of a better life, not celebrities, that draws converts there. Reyes and her mother were living in poverty in Siberia when they agreed to move to the famous Sea Organization headquarters in Clearwater, Florida, two decades ago. “What was promised was we were going to have a stable place to live. We will be taken care of with great food,” says Reyes, who signed an infamous billion-year contract with Scientology’s Sea Org when she was 11. Instead, she says, they got indentured servitude and cramped bunks that reeked of mildew. It was like “serving a prison sentence,” she recalls. Reyes, now 26, finally left the church five years ago.

“They’re promising everyone this perfect American dream,” she says. It was a promise that turned out to be as hollow as most Hollywood endings.

After this article appeared in our May 2019 issue, a Scientology spokesperson responded, saying, “What has been said about us is all too often…pure propaganda. It is inaccurate and intentionally avoids showing who Scientologists really are and what we do. Propagandists look to capitalize on the growing curiosity about Scientology. They have manufactured controversies where there are none while refusing to show the Church, its organizations, its humanitarian programs as well as its unprecedented growth worldwide. That is the real story—a dynamic movement and crusade spanning the globe, helping people live better and happier lives, from Los Angeles to Johannesburg to Tokyo. For accurate information about the Church of Scientology, readers should visit www.scientology.tv.”

RELATED: A Boat Full of Scientologists Is Under Measles Quarantine in the Caribbean