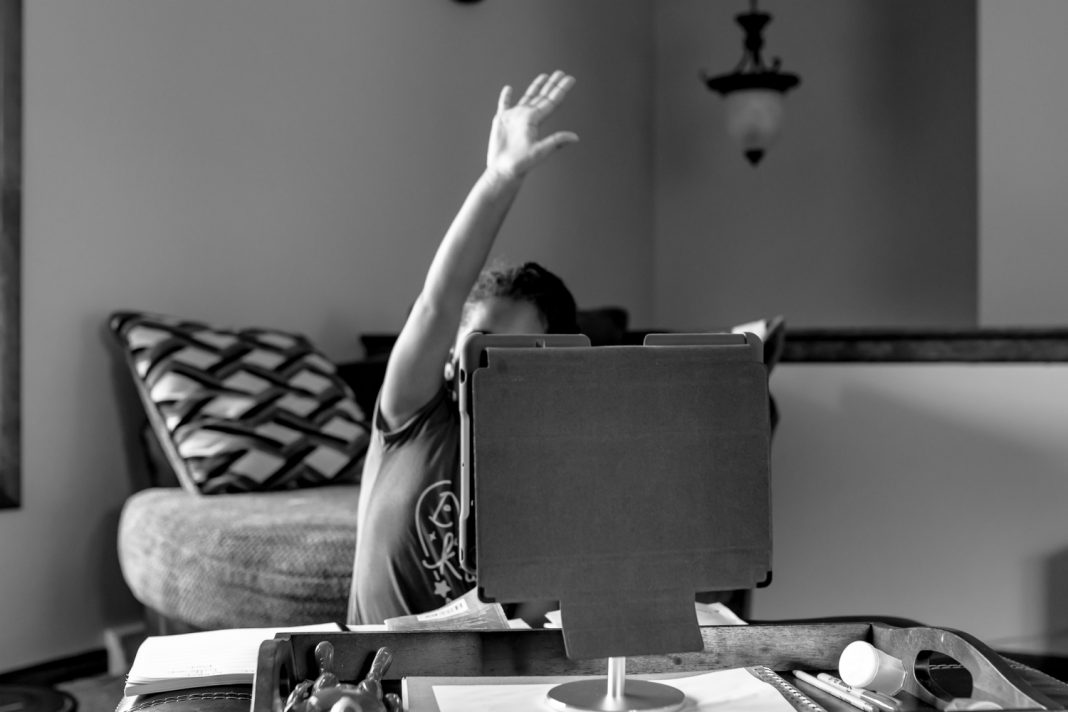 Over the past seven months, parents around the world have struggled with the sudden forced home schooling of their children. Although most people have accepted the need to keep kids apart in the effort to tamp down the spread of COVID-19, frustration has grown, with children experiencing learning loss and suffering from limited socialization with their peers.

Schools across the country have reopened campuses in fits and starts—with some closing shortly after resuming—and in L.A. County schools can apply for a waiver to get a portion of the student body on campus. However, in-person learning won’t be widespread anytime soon.

On Monday morning, Los Angeles Unified School District Supt. Austin Beutner confirmed what many already suspected: the 500,000 LAUSD K-12 students and the district’s 75,000 employees will not, for the most part, be back on school campuses until January at the earliest.

“It will not be possible for schools to reopen this semester,” Beutner said Monday morning during his weekly streamed message to LAUSD families and staff. “Under state guidelines, and given the current level of the virus, there’s simply not enough time on the calendar in the Los Angeles area to meet the state guidelines before the holidays.”

Governor Gavin Newsom set a requirement that counties have fewer than seven coronavirus cases per 100,000 residents for three consecutive weeks before schools can reopen for in-person learning. Even then, physical distancing and other safety protocols would be in place, such as a likely hybrid schedule that would bring no more than half the students to any school at any time.

On October 27, according to the state, Los Angeles counted eight cases per 100,000 residents. Even if the county slipped below the threshold as soon as possible, that would bring district students back after Thanksgiving break, and shortly before the district’s three-week winter vacation, an untenable time for such a shift.

Additionally, Beutner has been adamant that LAUSD will not resume in-person classes until there are testing and contact tracing programs in place to ensure the safety of all who step onto a campus. The district has begun testing students and staff in preparation for a comprehensive program.

The message about next semester was not the only bit of grim news in Beutner’s address. He also revealed that attendance is dipping, and said that despite the efforts of teachers, families and the district—including providing a laptop or other device to every student who lacked one—the challenges posed by distance learning are worsening, and more children are suffering academically.

“Ten weeks into this semester, the proportion of students in middle and high school receiving Ds and Fs have grown compared to last year,” he said.

The comments framed an unusual, secondary message for Beutner, who is known for a quiet, even-keeled approach. The head of the nation’s second-largest school district delivered a litany of critiques of the community’s overall response. The measured cadence belied his lambasting of local effort to make progress in combatting the virus that is harming public school students, 80 percent of whom are low-income.

“If these openings are tied to increased cases and that increase in cases is keeping schools closed, I’ve got a problem with that.” —Austin Beutner

This is not the first time Beutner has taken aim at public health policies. In his remarks two weeks ago, he questioned county leaders’ decision to allow the reopening of card rooms, indoor malls, and other businesses (at limited capacity) while classrooms are closed.

“If these can open without causing an increase in the spread of the virus, that makes sense,” he said that day. “But if these openings are tied to increased cases and that increase in cases is keeping schools closed, I’ve got a problem with that.”

In yesterday’s address, Beutner drew comparisons between Los Angeles and the Bay Area, declaring that when the school year began, both regions were seeing similar patterns of community spread. But the level up north now is a fraction of the caseload in Los Angeles: On October 27, according to the state, San Francisco had 1.7 cases per 100,000 residents, and in Oakland the figure was 3.3.

“We need to learn what worked in Oakland and San Francisco, and determine what could be done differently in the Los Angeles area,” Beutner declared. Moments later he added, “Something has to change, because it’s not acceptable for students to be denied the opportunity to return to schools where we know they’ll learn best.”

Beutner’s criticism were not reserved for health-related decisions. He also repeated past qualms about a lack of financial assistance from local government. After schools were closed in March, the district began a meal distribution program, feeding anyone who shows up at one of the district’s dozens of grab-and-go centers. To date, more than 74 million free meals have been handed out. He has noted that food distribution is not normally the province of a school district.

Beutner on Monday said that Anthem Blue Cross donated $100,000 to address local food insecurity, but asserted that regional government is not doing its part.

“In every other major metropolitan area across the country, cities and counties have joined the school districts in relief efforts like this,” he said. “Unfortunately, here in Los Angeles, county and city governments have yet to help. That’s not right, as they share in the responsibility and are receiving significant federal dollars, which are intended to be used for programs like the food relief effort, which schools are providing.”

The food program continues each day.

RELATED: Austin Beutner Talks Virus Rates, Funding Challenges, and What It Will Take to Get Kids Back to the Classroom

How EntreNous Helped A Compton Student Transition From Hopeless to Hopeful