Home Film Scene It Before: Vroman’s Bookstore from Alexander and the Terrible, Horrible, No... 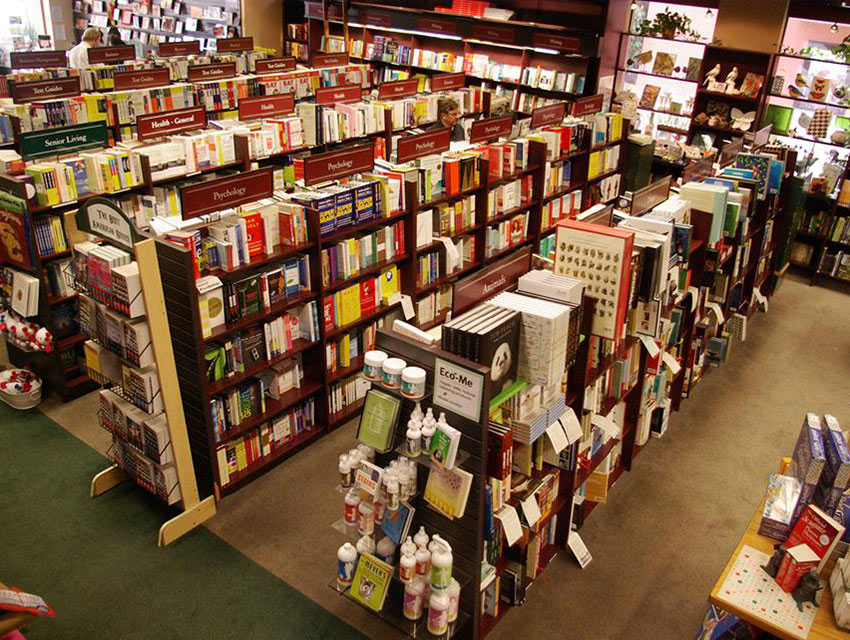 There is nothing in this world I love more than filming locations, though coffee, shopping, and books run a close second. So it should come as no surprise that a place that has all four of those pleasures would be one of my favorite spots in all of Los Angeles.

Vroman’s was founded as Vroman’s Book and Photographic Supply in 1894 by Illinois native Adam Clark Vroman. The photographer-philanthropist-bibliophile had migrated to Pasadena in the late 1800s in the hopes that the climate would improve his wife’s health. When she passed away shortly after the move Adam decided to open a book and camera shop. His first storefront was located at 60 E. Colorado Street (most recently the site of a Baskin-Robbins). When Adam passed away in 1916, he willed the bookstore to an employee. The employee’s family still owns and operates the store today.

For a time, Vroman’s had the distinction of being the largest bookstore west of the Mississippi. It currently ranks as Southern California’s oldest and largest independent book shop and has won numerous accolades throughout its 121-year history, including Publisher’s Weekly’s Bookseller of the Year (in 2008) and one of USA Today’s 10 Best Bookstores in the U.S. (in 2014).

In Alexander and the Terrible, Horrible, No Good, Very Bad Day, which was released on DVD this month, Dick Van Dyke, playing himself, hosts a reading of a new children’s book at Vroman’s. The event goes terribly wrong.

Alexander is not the first Steve Carell flick to have shot at the historic bookstore. It is also where The Office star asked a giggly Elizabeth Banks out on a date in his 2005 breakout hit, The 40-Year-Old Virgin. In the Season 4 episode of Parks and Recreation titled “Born and Raised,” Leslie Knope (Amy Poehler) hosts a rather hostile reading of her new book, Pawnee: The Greatest Town in America, at Vroman’s. Sarah Silverman runs into her estranged father while perusing the aisles there in a Season 2 episode of The Sarah Silverman Program, Nathan Meyerwitz (Ben Schwartz) does a signing there in the 2010 Indy film Peep World, and in a Season 2 episode of Modern Family, Mitch and Cam check out the competition for their children’s book at Vroman’s.

Of all its appearances on the silver screen, Vroman’s inclusion in Alexander and the Terrible, Horrible, No Good, Very Bad Day is perhaps the most ironic; the book store was one of my “happy places” when I lived nearby. It’s the kind of store where you can tell a sales clerk, “I heard about this book and I can’t remember the title, author, or the plot, but I know that the cover is red and has a woman wearing a dress on it,” and they know exactly which one you are thinking of. Whenever I found myself in a bad mood, I would head to Vroman’s and get lost in the aisles of books and colorful gifts, forgetting whatever it was that ailed me. On more than one occasion, I even ran into a film crew, which, for me, was obviously the ultimate cure-all.