Home Film Scene It Before: The Taken Apartments 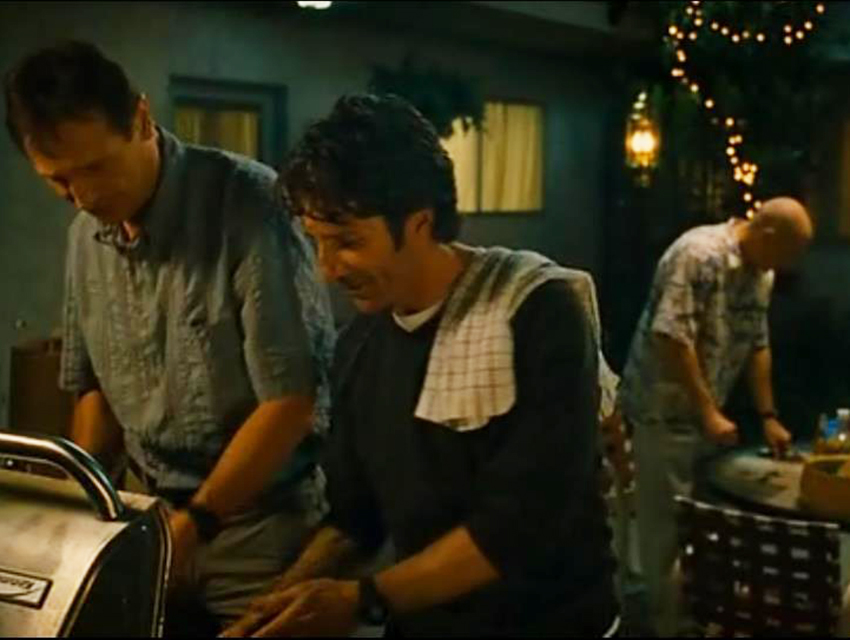 A screen capture from "Taken"

I can hardly turn on my television lately without catching a preview for the newly released Taken 3. Taken is one of my favorite movies of all time, but I was so disappointed with its 2012 sequel, Taken 2, that at first I wondered why a third was even made. I expected watching it would feel like salt being poured into a wound. As it turns out, I was wrong. I thoroughly enjoyed Taken 3. Is it as good as the original? No. Will it win any awards? Of course not. Still, it is extremely entertaining to watch.

Sadly, Taken 3 was a victim of runaway production. Though the movie takes place in Southern California, its producers decided to take advantage of Georgia’s tax incentives and used the Peach State to mask as L.A. It worked, too. A few SoCal locales were also utilized in the filming and I had a hard time telling which scene was filmed on which coast. It truly does all look like L.A. to me.

Thankfully, I was recently able to visit a location from the original movie. Though the majority of Taken was lensed across the pond in Paris, France, a small portion of it was shot right here in Los Angeles. Unfortunately, many of the L.A. spots aren’t accessible to the public.

The ornate home where Lenore (Famke Janssen), the ex-wife of retired CIA agent Bryan Mills (Liam Neeson), lives is located at 56 Fremont Place inside the Fremont Place neighborhood, a gated community within Hancock Park. (You can catch a glimpse of the mansion in countless other productions like The Artist, CSI: Miami, The Mentalist, Weeds, NCIS, Murder, She Wrote, Cold Case, and Beverly Hills, 90210.) The restaurant where Bryan’s daughter, Kim (Maggie Grace), first broaches the subject of traveling to Europe by herself is the now defunct Hollywood & Vine Diner, formerly located at 6263 Hollywood Boulevard. in Hollywood. Today, the eatery 33 Taps is at that address.

My friend Owen managed to track down a locale that is accessible to fans: the apartment building where Bryan lives (and is shown barbecuing with his former CIA buddies) in both Taken and Taken 2. In real life the building is located at 4660 Kester Avenue in Sherman Oaks. For whatever reason, the same building was not used in Taken 3. Instead, Bryan lives at 1184 W. 30th Street in University Park in the latest installment.

The posters for Taken 3 state “It ends here,” but who knows if the Taken franchise is really over. The climatic finale was left slightly open-ended afterall. If the reviews and box office numbers wind up being positive, maybe production will start on a Taken 4. Could yet another sequel live up to the first and third installments? To the producers I would say, “Good luck.”