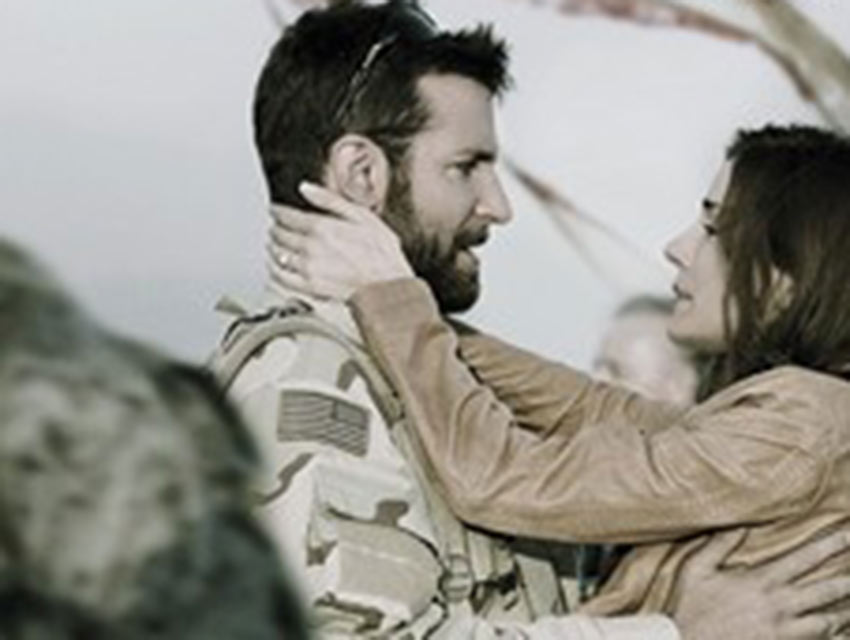 When Oscar nominees are announced each January, there is always talk of “snubs.” This year, the focus of that chatter was the Martin Luther King, Jr. biopic Selma, which was overlooked for Best Director and Best Actor nominations, and Jennifer Aniston, who failed to garner a Best Actress nod for Cake.

There is one major Hollywood player who gets snubbed every single year, though, yet no one ever seems to mention it. I am talking about Los Angeles. Any way you slice it, L.A. has some major acting chops and is a virtual chameleon when it comes to masquerading as other cities, states, and countries. It has played the role of countless far-off locales in some of film’s most celebrated pictures.

In one of this year’s top Oscar contenders, American Sniper, which tells the story of Navy SEAL Chris Kyle (played to perfection by Bradley Cooper), L.A. plays three different regions alone—San Diego, Texas and, Iraq. The city was so perfectly cast that the flick’s location manager, Patrick Mignano, took home the 2014 California on Location award for Location Professional of the Year, Studio Feature Film.

Los Angeles as Texas
Highland Park was used for many scenes involving Kyle’s childhood in 1980s Midlothian. His boyhood home can be found at 815 N. Avenue 65 and his family’s church is Good Shepherd Lutheran Church at 6338 N. Figueroa Street.

Kyle’s father teaches him to hunt at Disney Ranch in Newhall. It’s also where, as an adult, Chris takes wounded veterans to coach them on their shooting.

Before joining the SEALs, Kyle tries his hand at cowboying. The rodeo he competes at was shot on a set filmmakers created on the grounds of the Vincent Hill Station restaurant, at 553 Sierra Highway in Acton.

When Kyle returns from his fourth and final deployment in Iraq, he moves his family back to the Lone Star State. Their new residence can be found at 8843 Newcastle Avenue in Northridge. Los Angeles as San Diego
Upon joining the Navy SEALs, Kyle moves to “San Diego” to begin training. It is at Paramount Ranch, the 326-acre movie-ranch-turned-national park located at 2813 Cornell Road in Agoura, that Chris attends sniper school and perfects his shot. He endures further training at Leo Carrillo State Beach in Malibu.

Chris first meets future wife Taya Kyle (an unrecognizable Sienna Miller) at O’Malley’s on Main in Seal Beach. He later takes her on a date at the Seal Beach Pier, where he uses his exceptional shooting skills to win her a large stuffed teddy bear. The two tie the knot while aboard a boat berthed at 13800 Bora Bora Way in Marina Del Rey.

After his third tour, Chris mourns the death of a fallen comrade at Los Angeles National Cemetery, located at 950 S. Sepulveda Boulevard.

And the “San Diego” bar where Chris “needed a minute” upon returning home for good is Billingsley’s Restaurant at 11326 W. Pico Boulevard.

Los Angeles as Iraq
Director Clint Eastwood took the film’s production to Rabat, Morocco for 12 days to shoot some of the Iraq war sequences, which were then meshed with scenes shot here in Southern California. Rabat was mainly used for wide shots of war-torn Iraq, while the 100-acre Blue Cloud Movie Ranch in Santa Clarita was utilized for close-up action, as well as some interior scenes.

The climax of Kyle’s final tour takes place in the city of El Centro in Imperial County. There, Chris fights—and makes a virtually impossible 1,200-foot shot—from the rooftop of what is, according to the American Sniper production notes, a former milk processing plant. The abandoned building can be found in much the same state as it appeares onscreen (minus many of the neighboring structures which were added via CGI) at the end of the 300 block of Broadway Street.