Home TV Scene It Before: The Three’s Company Apartment Building 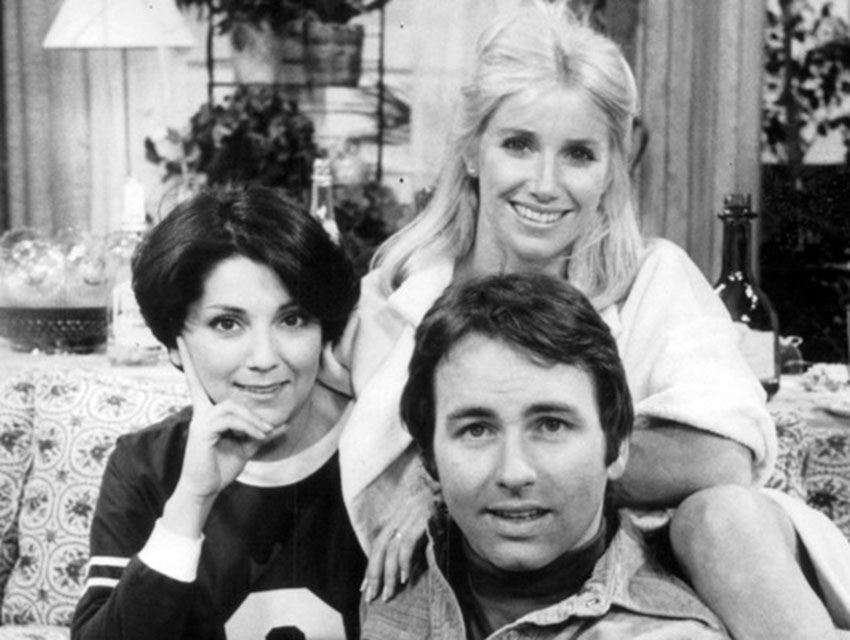 For several years all my set location stalker friends and I wanted to do was go and knock on the door of the building where Jack Tripper (John Ritter), Chrissy Snow (Suzanne Somers), and Janet Wood (Joyce DeWitt, who is celebrating a birthday today) lived together under the watchful eye of their landlord, Stanley Roper (Norman Fell), in the classic 1970s sitcom Three’s Company. We didn’t know where that was, though. Even author Chris Mann, who penned the 1998 book Come and Knock on Our Door: A Hers and Hers and His Guide to Three’s Company could not figure out the building’s exact location, though he was able to discern that it was somewhere in Santa Monica.

One of my more intrepid location-aficionado friends scoured residential blocks in Santa Monica for years before finally finding the building’s exterior just a few blocks east of the beach at 2912 4th Street. Shockingly, the building is not an apartment complex in real life but a single-family home that was built in 1928. The residence, which is still very recognizable today, was shown only briefly during the opening credits of the show’s first, second, and third seasons. You can watch that opening here. Go ahead, try not to sing along.

Three’s Company boasts quite a few ties to the Santa Monica area. Not only was the sitcom set there, but portions of those early season credits were shot on the boardwalk near Rose Avenue in Venice, the Season 4 opening was lensed on the Santa Monica Pier, and both Chez Jay and Ye Old King’s Head pub are rumored to have inspired the Regal Beagle bar where the gang hung out.

Interestingly, due to its “racy” premise (a single man living with two single women was controversial in its day), Three’s Company was not an easy sell to the networks. Three pilots were shot before the show, which was based on the British sitcom Man About the House, was finally picked up by ABC. In the first pilot, which never aired, a building named Hacienda Palms (left) was used as the gang’s apartment. That structure is located at 5154 Fountain Avenue in East Hollywood.

Despite the fact that Three’s Company began airing almost four full decades ago, the sitcom has been in the news quite a bit lately. Suzanne Somers was eliminated from the current season of Dancing with the Stars last week and Joyce DeWitt will be making an appearance at the Hollywood Show this weekend. It may be getting up there in age, but the series is still relevant. For TV audiences, there will always be a loveable space that needs its face.