Home TV Scene It Before: The Tam O’Shanter Pub from “Glee” and “Larry Crowne” 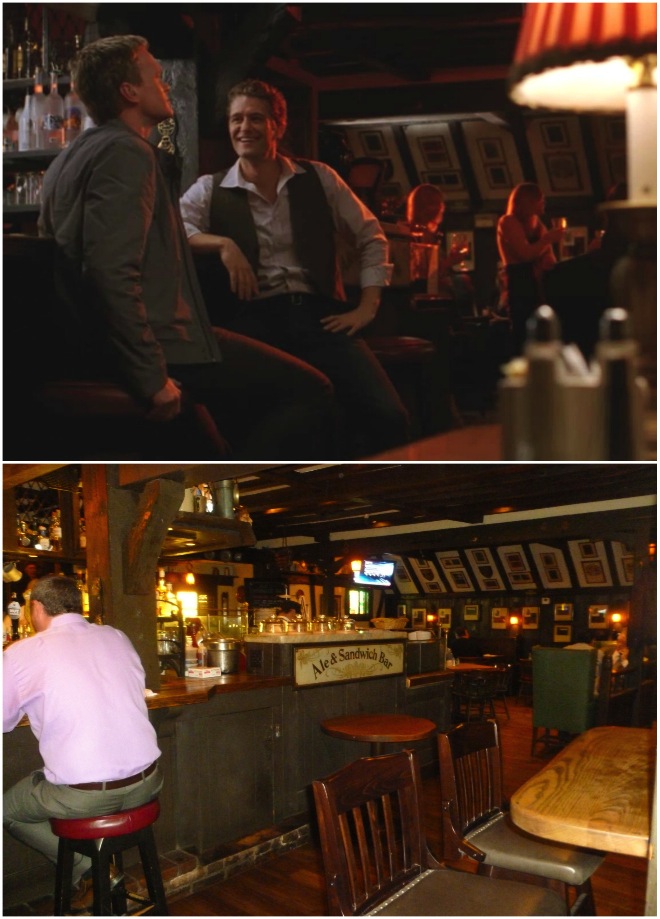 It is T-minus four days until Irish eyes will be smiling in Los Angeles. Thankfully, the city is not short on places to celebrate. Because I prefer my meals with a side of history (and celebrity connections), my go-to spot for St. Patrick’s Day revelry is the 92-year-old Tam O’Shanter restaurant located at 2980 Los Feliz Boulevard in Atwater Village. Though technically Scottish, the watering hole hosts a raucous three-day celebration (from March 14 to 17) in honor of the holiday, with live music, traditional Irish food, and a party tent.

It was at The Tam’s bar that Will Schuester (Matthew Morrison) met up with his high school frememy Bryan Ryan (Neil Patrick Harris) for a drink in the season-one episode of Glee titled “Dream On.” While there, Will and Bryan indulged in a lively duet of Billy Joel’s “Piano Man.” The Tam O’Shanter was also where Mercedes Tainot (Julia Roberts) got into a massive argument with her husband, Dean (Bryan Cranston) over the establishment’s cheesecake—among other things—in the 2011 rom-com Larry Crowne.

Tam O’Shanter was originally established in June 1922 by Lawrence Frank and Walter Van de Kamp (the same brothers-in-law who founded the massively popular Lawry’s chain) and, according to its website, is “Los Angeles’ oldest restaurant operated by the same family in the same location.” For those not in the know, the name Tam O’Shanter refers to the poem written by Robert Burns in 1790. It is also the name of a traditional Scottish cap from the 19th century—the very same that Mary Tyler Moore threw into the air each week in the opening credits of her eponymous 1970s TV show.

It was designed in storybook style by Hollywood set designer Harry Oliver, and looks like it was plucked right out of Snow White and the Seven Dwarfs—it does in fact boast a Disney connection. Walt himself dined there on an almost daily basis (his favorite table was #31) and The Tam was so popular with his animators that it was jokingly referred to as “the Disney Commissary” (at the time, Disney Studios was located a short distance away, at 2719 Hyperion Avenue in Silver Lake). Walt wasn’t the restaurant’s only famous fan. Other celebrity patrons include Roscoe “Fatty” Arbuckle, Mary Pickford, Tom Mix, and John Wayne.

While it has been remodeled more than once since its inception, stepping inside The Tam is like walking back in time. The interior is covered in dark wood paneling and features numerous fireplaces, deep-red carpeting, and high-backed chairs. The place is long on charm and ambience and is the perfect place to cozy up on a rainy afternoon, for whenever we have another one of those.

Photos: A screen capture from the “Dream On” episode of Glee (top) and a photograph of Tam O’Shanter’s bar taken in February 2014, courtesy of Lindsay Blake (bottom).