Home Film Scene It Before: The Street Corner from “That Thing You Do!” 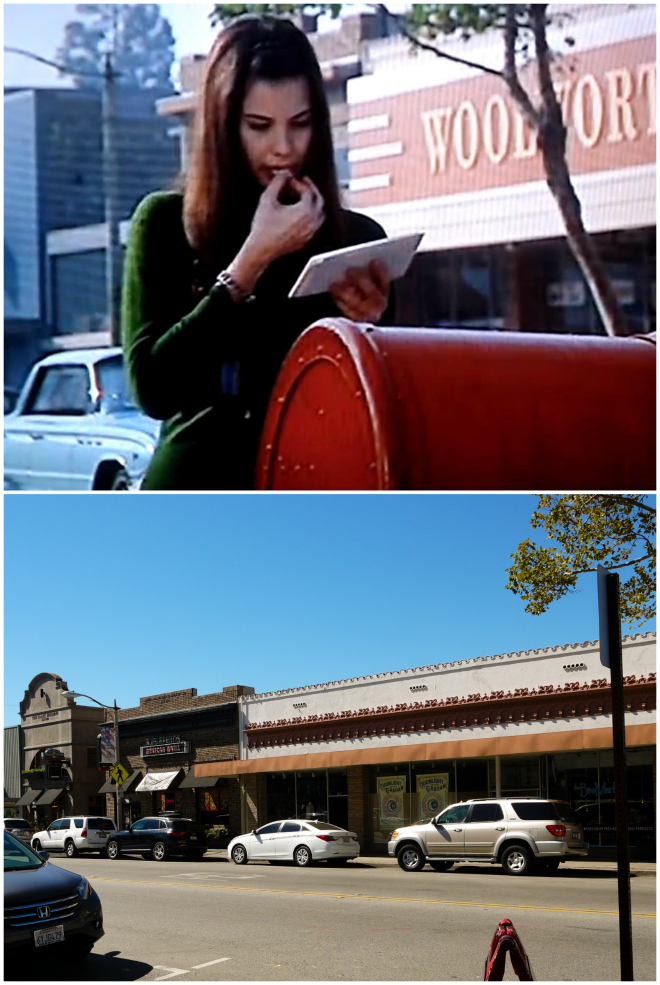 One of the things I love most about Southern California is the fact that it boasts countless little neighborhoods, each with its own unique charm. A new find for me was Old Towne Orange, which my husband and I stumbled upon last year while on our way home from a weekend at Disneyland. We immediately fell in love with the old-fashioned hamlet, its historic buildings, vintage storefronts, and quaint tree-lined streets, as well as the simpler, slower-paced era that the area evoked. The tiny district (it’s one square mile) looks like a real life Pleasantville, with the added allure of upscale boutiques, fabulous antique shops (it’s the “antique capital” of Southern California), and filming locations galore. Thanks to its retro aesthetic, the town has appeared onscreen countless times over the years, including in my most-beloved scene ever from the 1996 musical comedy That Thing You Do!

The movie, directed by Tom Hanks, follows the rise and fall of a one-hit wonder pop band from Eerie, Pennsylvania, in 1964, but it was in Old Towne Orange, in front of the now-vacant storefront at 173 North Glassell Street, that Faye Dolan (Liv Tyler in a role she was born to play) first heard her boyfriend’s band’s titular song playing on the radio. The excitement is almost too much for her to bear, and she immediately starts running down the street, deliriously screaming “We’re on the radio!” at the top of her lungs. Faye and the rest of the band eventually make their way to Patterson’s Appliances (at 129 North Glassell Street), where band member Guy Patterson (Tom Everett Scott) works, and the group begins dancing around maniacally to the befuddlement of the customers.

The scene, which you can watch here, is sheer elation. All I can think about is how much fun it must have been to film, but I have learned to make do with recreating the moment myself whenever I visit. Yes, I have been known to stand in the spot where the prop mailbox once stood and scream hysterically for a brief, joyous moment. Don’t judge.

Photos: A screen capture from That Thing You Do! (top) and a photograph of the location taken in October 2013 courtesy of Lindsay Blake (bottom).