Home TV Scene It Before: The Perfect Strangers Apartment Building 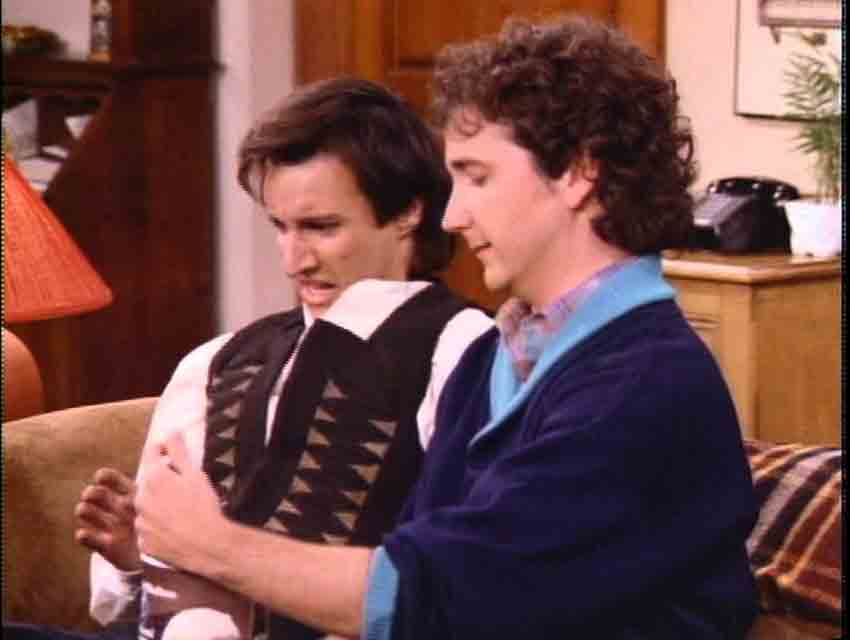 One of the most bizarre filming locales that I have ever come across is that of the apartment building where Balki Bartokomous (Bronson Pinchot) and “Cousin Larry” Appleton (Mark Linn-Baker) lived in the 1980s television series Perfect Strangers. I found the site thanks to Chris Epting’s fabulous stalking tome, Marilyn Monroe Dyed Here: More Locations of America’s Pop Culture Landmarks, and was immediately intrigued. Though I loved the sitcom as a kid, my affection for it wasn’t what got my tongue wagging. Instead, it was something Epting had mentioned in his book: at some point since filming had taken place, the top three levels of the Perfect Strangers building had been lopped off!

I had never before heard of such an architectural restructuring and was tempted to believe Epting was mistaken. But I did a bit of my own investigating and it turns out that he is, indeed, correct.

Perfect Strangers is set in the Windy City, but exteriors of Balki and Larry’s apartment were shot at the Santa Rita Hotel located at 1100 S. Main Street in downtown Los Angeles. The property was only utilized as Larry and Balki’s homestead during Seasons 1 and 2. Starting with Season 3 (which premiered in September 1987), The Pelham, an apartment building located at 326-34 W. Dickens Avenue/2100-10 N. Clark St. in Chicago’s Lincoln Park, was used for all establishing shots. I am fairly certain that the timing of the change coincided with the Santa Rita’s renovation.

The Santa Rita Hotel originally stood four stories tall. The bottom floor was comprised of retail businesses, while the tops floors had hotel rooms. You can see a photograph of the structure taken in 1939 via the USC Digital Library. Not much information about the hotel is available, though I was able to find a listing for it in the July 1973 Los Angeles Street Address Directory. That listing was removed by the time the July 1987 Directory was published. Unfortunately, the 1973 and 1987 directories are the only ones accessible online, so I was not able to peruse other years. Perfect Strangers premiered in 1986, so the top three floors must have been removed at some point between 1986 and July 1987, when the directory was published. Why they were demolished remains a mystery.

Odder still, is the fact that the bottom level was left intact. Several details of it are still recognizable from Perfect Strangers, including the shape and layout of the corner storefront (which served as the fictional Ritz Discount Store where the cousins worked on the series) and the protruding lip that runs the length of the structure in what was once the space between the second and first levels.

I am glad that at least a portion of the strange (pun intended) structure still exists.