Home Film Scene It Before: The Hudson St. Home for Girls from Annie 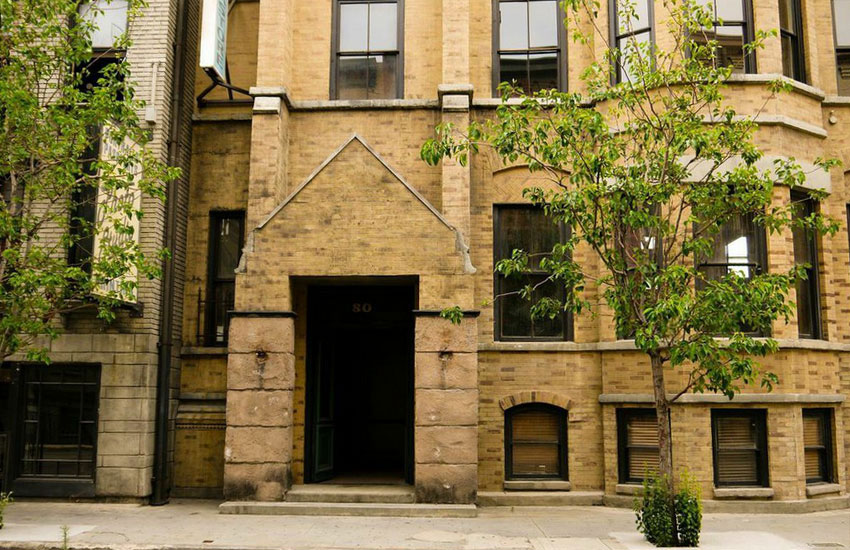 I believe everyone has That Movie—the one that is so ingrained into their childhood memories it seems as if they lived through it instead of just witnessed it onscreen. For me, it’s Annie, the 1982 screen version of the popular Broadway musical. I watched my VHS copy of the flick so many times as a kid that I wore it out and had to buy a duplicate. Even though I am now in my thirties, I still love it today.

Annie has spawned several adaptations and reboots over the years, including the version starring Quvenzhané Wallis, which was released on DVD this week. I have yet to see it, though. I never watched the 1995 or 1999 made-for-television movies, either. Doing so would be sacrilegious considering how much the original means to me.

I do know the recent blockbuster and the 1982 version, which was directed by John Huston of The Misfits and The Maltese Falcon fame, have more than a plot in common, though: Both were shot almost entirely in New York. The opulent mansion belonging to Daddy Warbucks (Albert Finney), which has long been at the top of my location stalking bucket list, is Monmouth University’s Woodrow Wilson Hall in West Long Branch, New Jersey. Radio City Music Hall in Manhattan makes a memorable appearance in the scene in which Daddy Warbucks buys out an 8 o’clock show so that Annie (Aileen Quinn) can see her first movie. The New York Public Library is where the orphans spot Annie after she has been kidnapped by Miss Hannigan (Carol Burnett). And Punjab (Geoffrey Holder) rescues Annie from the NX Draw Railroad Bridge located at approximately 181 Passaic Street in Newark.

Los Angeles does make at least one appearance in the movie. The Hudson St. Home for Girls where Annie lives before Daddy Warbucks adopts her is located on Hennesy Street on the backlot of Warner Bros. Studios. The 270-foot by 29-foot site was created by production designer Dale Hennesy for the film at a cost of $1 million. Dale passed away on July 20, 1981, in the midst of the shoot, and was posthumously nominated for a Best Art Direction Academy Award for Annie in 1982.

The orphanage’s façade was based on two different real life buildings in New York, an apartment building on Mott Street and the Pencer House at 630 East 6th Street. Due to the fact that studio facades are changed regularly to accommodate various shoots, the Hudson St. Home looks a bit different today than it did when Annie was made.

The fire escape used during the “It’s the Hard Knock Life” dance sequence is also located on Hennesy Street, and it can be found on the rear side of the Park Place façade. (It is also where Kirsten Dunst shares an upside-down kiss with Tobey Maguire in Spiderman and serves as the exterior of the loft where Toby Cavanaugh (Keegan Allen) lives on the ABC Family series Pretty Little Liars.)

Both facades are visible on the Warner Bros. VIP Studio Tour. I will never forget the excitement of seeing the orphanage for the first time while taking a tour of the lot in 2008. There was honestly only one thing I could think to say: “Leapin’ lizards!”