Home TV Scene It Before: The “Arrested Development” Model House 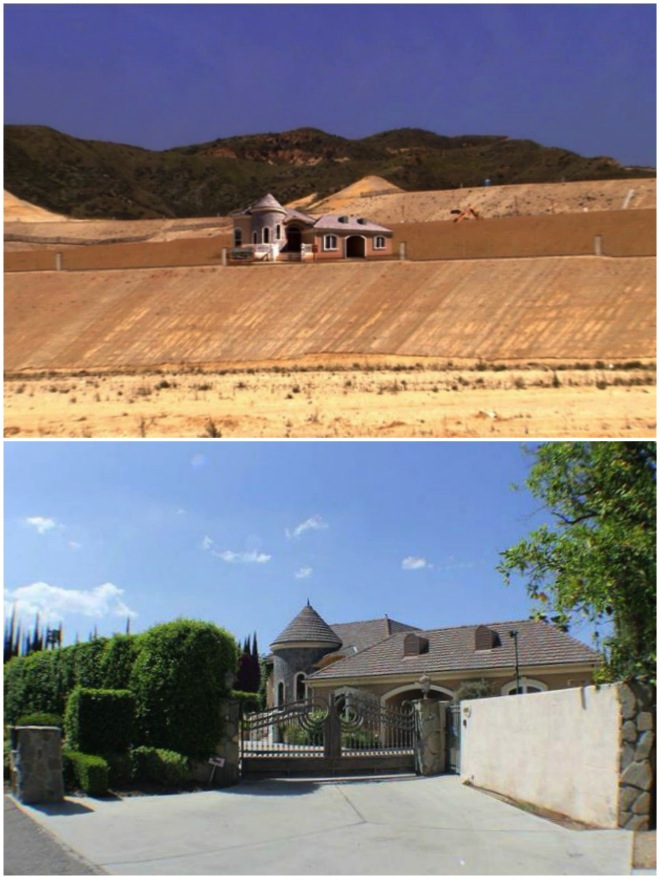 It’s that time of year again, when television shows bring their current season to a close and go on hiatus. Each summer, to alleviate the boredom of rerun misery, I seek out a tenured series that I have never seen and indulge in some mad binge-watching. It was thanks to this approach that I discovered Gossip Girl, 30 Rock, and Vanderpump Rules, all of which quickly became staples on my DVR. This year, for my summer TV fest, I chose the Fox series Arrested Development. I’ve only seen a handful of episodes so far, but am already hooked. I haven’t laughed this much at a television show since I discovered The Office (back in 2010!).

Being that my brain fixates on locations, I was, of course, immediately curious about the real-life whereabouts of the model home where Michael Bluth (Jason Bateman) and his madcap siblings lived on the series. The residence, said to be located at 1 Lucille Lane in Newport Beach, was the sole property built in the Bluth family’s ill-fated Sudden Valley development. Onscreen it is shown to be enveloped by miles and miles of untouched land, which is weird because the pad can actually be found in a normal residential neighborhood far from the beach at 23155 Dolorosa Street in Woodland Hills. The turreted-property was built in 2002, shortly before Arrested Development originally began airing. Aside from the fact that it is surrounded by homes, the residence looks much the same in person as it did on the series.

The pilot episode made use of the dwelling’s 6,233-square-foot interior, but all subsequent interiors were shot on a soundstage at Culver Studios in Culver City. Eagle-eyed viewers will notice a drastic difference between the interior that appeared in the pilot compared to the episodes that followed.

The Sudden Valley model home was featured on all four seasons of Arrested Development (after being cancelled by Fox in 2006, the series went a seven-year hiatus and was then picked up by Netflix for an additional season in 2013). For unknown reasons, all on-location exterior filming during that particular season took place not in Woodland Hills, but on Kristine Court in Santa Clarita’s Stetson Ranch development. Unlike what was shown on TV, the Stetson Ranch neighborhood does in fact have paved roads leading up to it, as well as working cable and internet. And from what I understand there have been no reported onsite deaths of postal workers due to dehydration.

For those who have yet to watch Arrested Development, I highly recommend doing so. It’s the perfect complement to a frozen banana on a warm summer evening.

Photos: A screen capture from a season-one episode of Arrested Development (top) and a photograph of the location (bottom) taken in May 2014 courtesy of Mike Flores.