Home TV Scene It Before: Eastland School from “The Facts of Life” 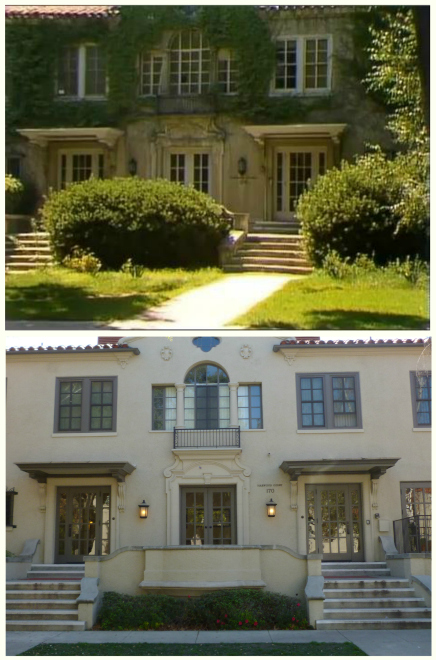 The lease on my current car is about to expire and I am in the process of trading it in, an experience that always makes me nostalgic. While cleaning it out the other day, I came across a mix CD that reminded me of one of my favorite stalking adventures.

Back in February 2012, my friend Mikey and I visited the Pomona College residential hall that masqueraded as Eastland School on the classic television series The Facts of Life. Along with being a fellow set stalker (he runs the website Mike the Fanboy), Mikey is an avid Hollywood memorabilia collector. For our trek, he not only made the aforementioned CD, which featured all five variations of The Facts of Life theme song, but also brought along a promotional The Facts of Life lunch box and a track suit jacket that Molly Ringwald had worn during the series’ first season. And yes, I did put it on.

While presented as being in Peekskill, New York, the exterior of the fictional Eastland School attended by Blair (Lisa Whelchel), Tootie (Kim Fields), Natalie (Mindy Cohn) and Jo (Nancy McKeon) is actually Harwood Court dormitory, which is located at 170 East Bonita Avenue in Claremont. We knew this before our big visit because another friend had tracked down the set. After reading online that the Eastwood building was located at Pomona College, he printed out a screen capture from the series and drove around the 140-acre campus until he found the right spot. Talk about dedication! As the song says, though, “It takes a lot to get ‘em right.”

Despite a 1990 renovation, the 68,000-square-foot residential hall, which was originally built in 1921, still looks much the same as it did on television screens in the ‘80s—just minus a truckload of foliage.

Photographs: A screen capture from “The Facts of Life” opening credits (top) and a picture of the locale taken in February 2012 courtesy of Lindsay Blake (bottom).