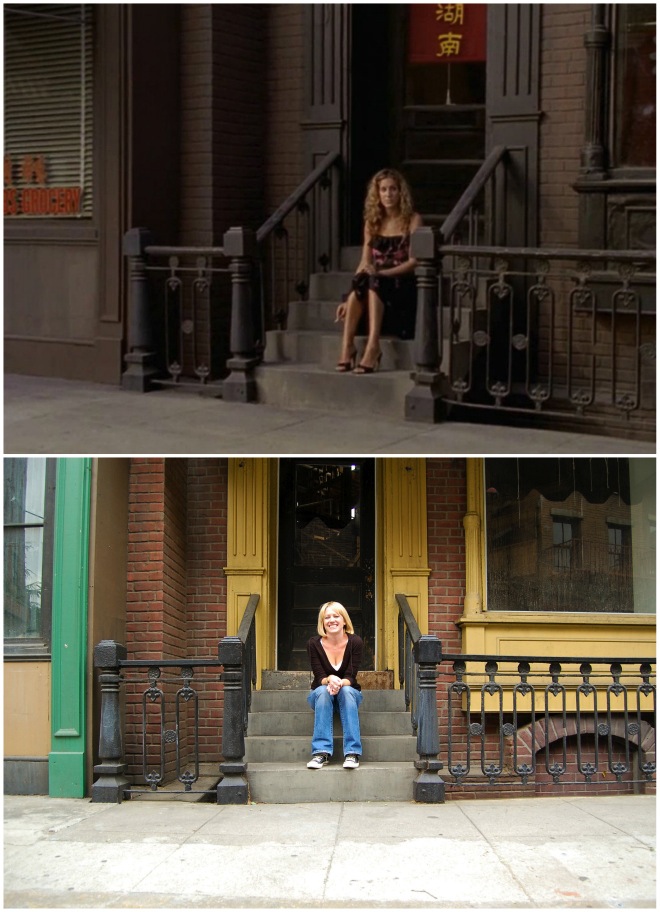 It’s hard to believe that last Saturday marked the 10-year anniversary of the Sex and the City series finale. I remember spending that entire day absolutely paranoid that I would hear a spoiler when all I wanted to do was spend one last blissful hour with Carrie (Sarah Jessica Parker), Miranda (Cynthia Nixon), Charlotte (Kristin Davis), and Samantha (Kim Cattrall). The two-part episode did not disappoint. I consider it the best series finale ever—to this day, I tear up just thinking about Miranda telling Mr. Big: “Go get our girl!”

While SATC was set and filmed in New York City (Manhattan almost felt like the fifth character), two episodes in season three—“Escape from New York” and “Sex and Another City”—took place right here in Los Angeles. Carrie heads to La La Land to speak with a movie production company about optioning her column, and of course the rest of the girls tag along, checking into the über-trendy Standard Hotel in West Hollywood, located at 8300 Sunset Boulevard, for the duration of their stay.

In my favorite moment, and after a not-so-fabulous meeting with Matthew McConaughey (as himself), a melancholy Carrie winds up “back in New York” wandering the Warner Bros. backlot (3400 Riverside Drive in Burbank). She pops a squat on one of the stoops (in the Hennesy Street/Park Place section, just steps from where the memorable Spider-Man upside-down kiss was filmed) to smoke a cigarette. Studio security immediately tells her that smoking is prohibited, to which she protests, “But I’m outside—and it’s New York!”

On one of my first Warner Bros. VIP tours (I’ve been on so many by now I’ve lost count), our guide asked if there were any particular locations our group wanted to see. Bursting with excitement, I couldn’t help but say that I wanted to take a picture of Carrie’s smoking stoop. Amazingly, he knew exactly where it was and drove us there. He even let me pose for a photograph sitting in the same exact spot that SJP did in the scene. For that brief, shining moment, I felt like I was Carrie Bradshaw—albeit in much less-fabulous shoes.

Photos: A screen capture from a season three episode of ‘Sex and the City’ (top) and a picture of the location taken in February 2012, courtesy of Lindsay Blake (bottom).