Home Film Scene It Before: Arthur Abbott’s House from “The Holiday” 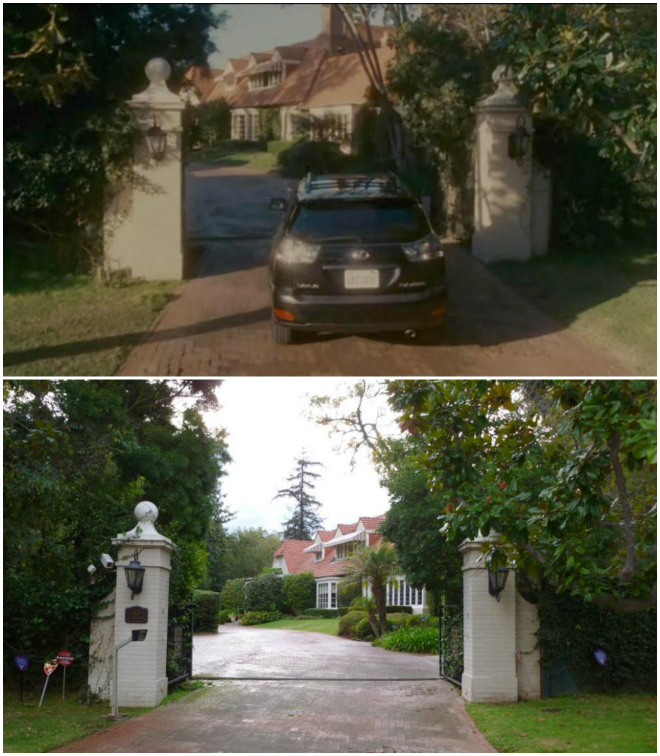 I was saddened to learn about the passing of Eli Wallach on Tuesday. Though he had a prolific career that began well over six decades ago, my first “encounter” with the actor did not take place until 2006 when I saw The Holiday. In it, Wallach plays the role of Arthur Abbott to sheer perfection. The Oscar-winning octogenarian screenwriter is easily one of my favorite characters in film history. It was he who restored joy to the life of Iris Simpkins (Kate Winslet) and taught her about a little thing called gumption. So, in honor of the 98-year-old actor and his momentous career, I am dedicating this post to the property that served as his house in the movie.

In The Holiday, two lovelorn strangers, Simpkins and Amanda Woods (Cameron Diaz), swap their homes for two weeks during the Christmas season. Amanda heads to England and Iris heads to L.A. While in La La Land, Iris befriends Abbott, the elderly gentleman next door, and he winds up changing her life. The scene involving Arthur’s lifetime achievement award (which I won’t spoil for you) never ceases to make me cry, despite the fact that I practically have the movie memorized.

In real life, Arthur’s house, which is located at 163 S. Rockingham Ave. in Brentwood, belonged to comedienne Phyllis Diller for more than 40 years. The legendary funny lady purchased the 9,266-square-foot, 22-room abode in 1965 and lived there until her death in 2012. Per real estate website Zillow, the 1914-dwelling was sold by Phyllis’ estate shortly following her passing for $9,350,000.

According to production notes for The Holiday, production designer Jon Hutman selected the Diller residence to be used as Arthur’s home because of its aura of old Hollywood glamour. Ironically enough, the pad where Iris stays in the movie is not located next door to Abbott’s or even in Brentwood at all—it’s about 30 miles east at 1883 Orlando Road in San Marino.

2006 was a busy period for the Diller home. That same year the property was also utilized as the residence of Morgan Freeman in the dramedy 10 Items or Less.

Watching The Holiday will have new meaning and a new sadness for me now that Eli Wallach is gone. The warmth, depth, humor and, yes, gumption that he brought to the movie was a gift to viewers, one that I will cherish for years to come.

Photos: A screen capture from The Holiday (top) and a photograph of the location taken in December 2011, courtesy of Lindsay Blake (bottom).