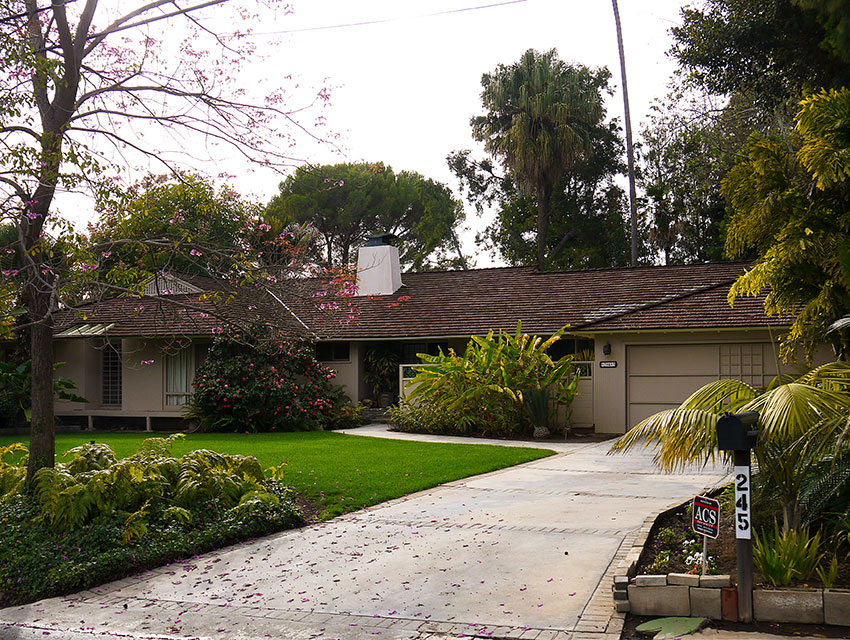 Remarkably, this past Sunday was the 29th anniversary of the inaugural airing of The Golden Girls pilot. It is incomprehensible to me that almost three decades have passed since the episode, which was titled “The Engagement,” originally premiered. I was only eight years old at the time (and an unlikely fan of a sitcom about four single senior citizens), but I remember watching that first show as if it was yesterday. I couldn’t get enough of The Golden Girls from that day forward and was an ardent viewer until the series went off the air in 1992. (I am a “Rose”, by the way.)

The ranch-style home where Dorothy (Bea Arthur), Rose (Betty White), Blanche (Rue McClanahan) and Sophia (Estelle Getty) lived on the show is one of my favorite filming locations due to the fact that it is practically frozen in time from its Golden Girls days. My friend Owen tracked down the property, which was said to be at 6151 Richmond Street in Miami, Florida on the series, years ago after coming across countless musings about its location online. Some websites claimed that the home was located in West L.A., others said it was in Florida, and a few alleged that it was not a real house at all, but a façade located on a studio backlot. As it turned out, all three assertions were correct.

During the sitcom’s early seasons, a house at 245 N. Saltair Ave. in Brentwood was used for establishing shots of the Girls’ dwelling. An exact replica of that home’s façade was later built on Residential Street at Disney-MGM Studios (now Disney’s Hollywood Studios) in Orlando, Florida. That façade was used for exterior images of the ladies’ pad during the series’ later years and could be viewed (along with homes from other popular shows including the Weston family residence from The Golden Girls’ spinoff Empty Nest) during the Disney-MGM Studio Backlot Tour. Unfortunately, Residential Street and all of its sets were torn down in 2003 to make room for a new stunt show.

Thankfully though, the Brentwood residence is still standing and remains virtually unchanged from the day that The Golden Girls originally premiered 29 years ago. To the owners of the home, I have only one thing to say – thank you for being a friend . . . to filming locations.